Celeb haunt nightclub Chinawhite to launch on Deansgate this weekend

Renowned London celebrity hotspot Chinawhite is set to launch in Manchester this weekend, taking over the former Milton Club building on Deansgate.

Over the years this legendary nightclub has been frequented by some of the world’s biggest and most successful superstars from stage, screen and the catwalk.

Founders of the iconic venue created the Libertine brand for its weekend affairs which brought in a whole new generation of famous faces including world famous Kendall Jenner, Formula One driver Lewis Hamilton – and everyone’s favourite onscreen heartthrob, Leonardo DiCaprio.

Chinawhite’s Soho big brother has had performances by some of the world’s most famous DJs and artists – with Jason Derulo, Pia Mia, Ciara, Rae Scemmurd, Miguel and Steve Aoki all performing live on stage. 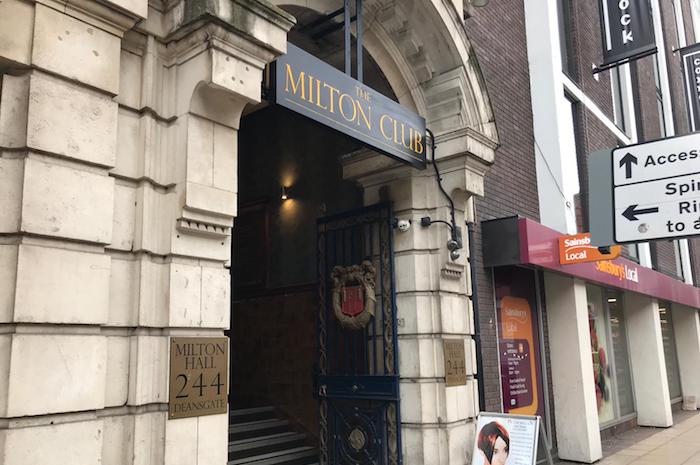 The grand opening party on Friday 9th November coincides with the 20th anniversary of the legendary nightclub brand.

The new venue will have a stunning interior with terracotta warriors, oriental artworks and ornate carvings, with other exotic features scattered throughout the venue.

“We are delighted to be opening Chinawhite in Manchester,” says James Spallone, Chinawhite’s managing director.

“Having dabbled with a couple of franchises over the years we decided that, in our 20th year, it was time to take the plunge and open our own new site. Manchester has an amazing and vibrant nightlife scene, so it was obviously our first choice of location.

“Our desire is to create a stylish and exotic interior, provide excellent service and a welcoming atmosphere. We worked very closely with members of the original design team to retain the opulent and unique feel made famous in our original site 20 years ago.”

This part of town has seen a number of openings in the last few years including Peter Street favourites Albert’s Schloss, Rev de Cuba and Impossible and Deansgate’s newest additions Dirty Martini and the recently launched Manahatta.

The grand opening celebrations continue across the weekend, with the club open on Saturday 10th November and Sunday 11th November.