Can we please forget the idea of a ‘golden age’ and believe in the future? 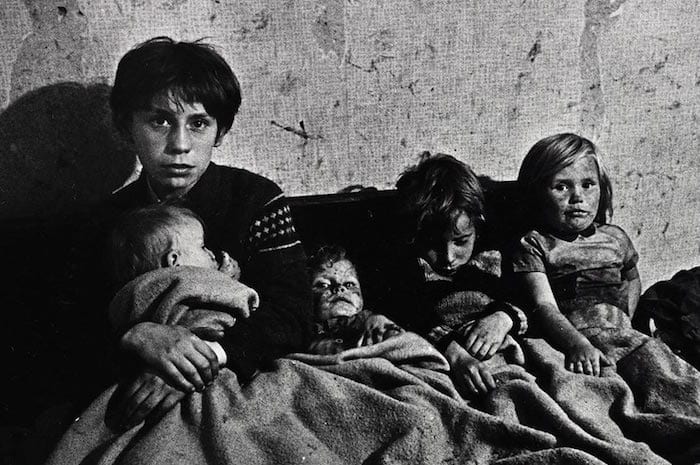 When I was a teenager, in the second half of the 1970s, I wasn’t having the time of my life. I was floundering and full of angst – but I believed that the future was full of potential.

As we trudged through the 1970s, the young were encouraged to look forward to a glorious future of space travel, computers, and more leisure time. A popular weekly TV show Tomorrow’s World showcased robots helping with the housework and gave the German synthesizer group Kraftwerk their first UK TV appearance.

Now, however, we are nostalgia-infested. Today, teenagers are in a society convinced that everything good is behind us. The loudest campaign slogan in the most important election in the Western world is Make America Great Again – Donald Trump’s promise to return the USA to its former glory days.

But when were America’s glory days? Watch this bonkers video here:

It features Trump supporters attempting to identify the golden age they wish to return to. A number choose eras that featured racial segregation or even slavery. Something tells me they weren’t eras that all Americans would look back fondly upon.

Pop music fans are some of the worst culprits for looking backwards. There’s a difference between documenting or celebrating the music of the past, and living in the past. This isn’t something I think Manc-music nostalgists understand.

A constant message that the golden age has gone, the young have missed out, and that nothing good is happening now is defeatist, and a disincentive for dreams, actions, activity. Nostalgia is a device created by old people to deny young people hope.

In any case, declarations or definitions of a golden age are subjective, partial. Some people claim that 80s music is best. Some that 90s music is best. Some even claim that the very moment Kraftwerk and their synthesizers appeared and threatened the supremacy of guitar bands was the end of a golden age (the other day I saw a t-shirt with a photo of Jim Morrison on it and the words “WE MISS YOU REAL MUSIC”). Almost everyone considers the golden age of popular music to be the one that miraculously coincides with when they were between about 15 and 22.

Our current obsession with looking backwards goes way beyond arguments about music though. For his official photos, Prince George gets dressed like some aristo-child from the 1940s, and the Tory party want to bring back grammar schools. In 1965 Britain decided to go metric but now some sections of the press want us to turn back the clock fifty years, as if measuring the weight of rhubarb in pounds and ounces will unleash prosperity and happiness across our nation.

What’s pernicious about all this is that after banging on about how much better the past was, we’re tempted to seek out scapegoats to blame for society’s deterioration; synthesizers, immigrants, the European Union.

Last week I saw some fella on Channel 5 News revelling in Brexit: “We now have a chance to go back to where we were,” he said.  But even if we had the means to turn back the clock, when exactly would we go to?

To the grammar schools, Brylcreem, and smog of the 1950s? When it was illegal to practise homosexuality? And legal to refuse to let rooms to black or Irish families?

To Victorian Manchester perhaps? When you would genuinely be taking your life in your hands if you were a stranger walking through Ancoats or Angel Meadow. And when neighbourhoods around Deansgate had a murder rate of one a week.

Some things change, some things stay the same, some things improve, some things don’t. If you want a reminder of what Britain was like, without rose-tinted vision, I urge you to go see the collection of photographs by Nick Hedges on show at the Anthony Burgess Foundation from 15th September. Most of them (including the one at the top of the page) are taken in Manchester and Salford in the early years of the 1970s, immediately prior to our entry into what was then called the Common Market. The pictures in the exhibition will quickly dispel the notion that the past is some cosy place we should all attempt to return to.

If you want a message to send to kids in their late teens in Manchester, stop banging-on about the old days. Encourage them to go visit  Albert Hall instead (one of the greatest live venues this city has ever had) or the Warehouse Project (just about to launch another autumn/winter of great DJ events).

The message to the young should be to avoid being sucked into wanting to go back to someone else’s idea of a golden age. Instead, build your own life, your own culture, your own world. Tomorrow’s world.