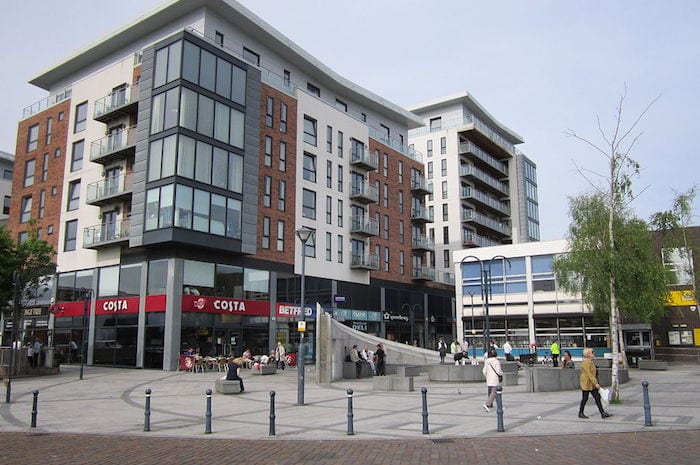 The comparison is not new. In fact the assertion that Prestwich “is considered by some to be the Didsbury of the north” appears to have first been made in the online tourist guide About Britain circa 2010. From there the claim found its way into Wikipedia’s entry on Prestwich.

So it must be true then. Except, of course, it isn’t.

There may not be as many £1m-plus houses on the market in Prestwich as there are in Didsbury, but a quick online search finds a few, mostly along Sheepfoot Lane and at Shrewsbury Wood, a new development of luxury detached homes.

Both have distinctive “east” and “west” communities. In Prestwich one is centred on Bury New Road, the other on Bury Old Road. Didsbury’s demarcation needs no further explanation here.

Both have access to charming parklands. Didsbury boasts Didsbury Park and Fletcher Moss Botanical Gardens but in any game of “my park’s bigger than your park” there’s only one winner. Prestwich has Heaton Park, one of the biggest municipal parks in Europe right on its doorstep. Plus a few others.

Prestwich parish church is the magnificent Grade I listed St Mary the Virgin, backdrop to many a Coronation Street marriage and funeral, which outdoes anything in Didsbury. And Church Inn opposite the dates from 1629. It might not begin to rival the Royal Oak for cheese lunches but there have been plenty of big cheeses in the entertainment world who have performed there including Victoria Wood, Ewan MacColl, Mike Harding, Paul Simon and Jasper Carrott, who reputedly played his first public gig there.

But the essence of what makes Didsbury Didsbury has precious little to do with parks, architecture, trams or even the coterie of folksy celebrities who pass through. Didsbury has a vibe that Prestwich lacks. It’s a destination whereas Prestwich isn’t. Maybe the A56 Bury New Road really is too wide to amble across from bar to bar as in Didsbury’s main drag. Maybe there aren’t enough students to fill the bars compared with the tens of thousands who live in south Manchester and make the short hop to Didsbury.

Or maybe it’s Manchester that’s too close. All but three of the top 19 restaurants listed for Prestwich on Tripadvisor, are in Manchester city centre. Two of the remainder are in Rochdale and the other in Salford, but Damson at MediaCity is closed now anyway.

There’s even an argument that Prestwich is going backwards in culinary terms. Aumbry, Mary-Ellen McTague’s acclaimed, Michelin-recommended restaurant on Church Lane closed two years ago following a disagreement over the terms of the building’s lease. Nothing remotely in the same league has emerged in the village since.

Didsbury works. Even Graham Stringer MP said so during his time as Labour leader of the city council, albeit through gritted teeth, but replicating it in other districts has proved to be a tall order. It has been done but the rise and rise of West Didsbury next door was inspired by talented independent restaurateurs and bar owners elbowed out of Didsbury village by big chain operators who could afford ever increasing rents.

And next door but one, Chorlton has become a sort of organic Didsbury of delis and bakers, artisan food shops and markets. And that’s where it all starts. Prestwich take note.

For all the Prestwich project’s good intentions, the millions of pounds being spent and the months of disruption to business and traffic that comes with it, it’s naive to imagine that you can just ‘create’ another Didsbury in 35 weeks. It needs to evolve over years through the endeavour of young, creative entrepreneurs.

When Gary Usher was looking to replicate the success of his Sticky Walnut and Burnt Truffle restaurants in Manchester, he chose Didsbury. Would Prestwich have ever entered his head – even with wider pavements?