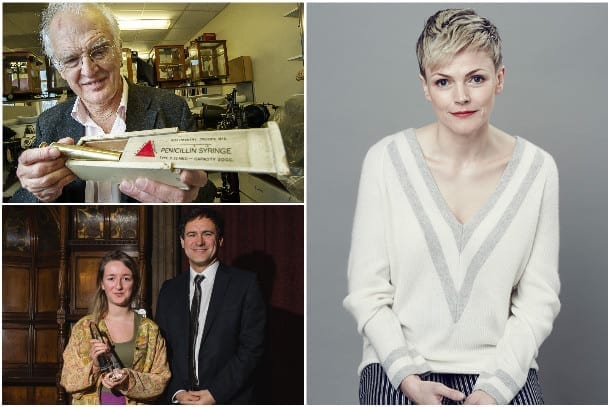 The Manchester Community Histories Awards give public recognition to the excellent work that is being done to celebrate and preserve Greater Manchester’s history and heritage.

In 2014, the judging panel selected Bradford Pit Memorial Project as the winner of the Community Category, a project that brought to light the huge effect that Bradford Pit had upon Manchester’s industrial heritage and told the stories of the pit’s people and of the forgotten community of Bradford. The Schools’ category was won by Invisible Histories, a project which saw 18 pupils from Buille Hill Visual Arts College work in partnership with Salford’s Working Class Movement Library to produce Radio Ballads inspired by Ewan MacColl and oral histories recordings which recalled the memories of working people in Salford.

“The Community Histories Awards provide the opportunity to recognise examples of the great partnerships and shared learning about histories and heritage in Greater Manchester,” said chief executive Claire Turner. “The heritage that is important to communities is often overlooked and the Awards work towards championing and acknowledging those stories that are important to the people of Greater Manchester.”

Manchester Histories has also announced that it is calling for nominations for the brand new Pickstone Prize, an award that will recognise an exceptional individual who is championing and helping to preserve the histories and heritage of a community, area or site.

The Pickstone Prize is named in honour of Professor John Pickstone the renowned science historian and advocate of Manchester’s heritage, who founded Manchester University’s Centre for the History of Science, Technology and Medicine and started the Manchester Histories Festival in 2009.  Manchester Histories is calling for members of the public, voluntary groups or organisations to nominate an individual whom they believe has made a difference helping to preserve the histories and heritage of a community, area or site anywhere across Greater Manchester.

Winning entries will be selected by a panel of judges, including patron Maxine Peake,ahead of the Awards Ceremony to be held in Manchester Town Hall on Friday 11th March 2016. The deadline for entries is 5pm on Friday 29th January 2016.

Manchester Histories Festival 2016 will take place from the 3-12 June 2016 with the Manchester Celebration Day on Saturday 11 June 2016.