PLY, Stevenson Square’s bright new venue for drinking, eating, meeting and socialising, from the minds behind the award-winning Northern Quarter hangout Kosmonaut, has fired up its mirror ball pizza oven and is opening its doors with launch events planned for 25, 26 and 27 March.

The bespoke wood-fired disco ball oven, imported directly from Naples, heats to 600C and will bake a selection of Neapolitan pizzas in 90 seconds flat, which will be served alongside a selection of antipasti. The menu features fresh ingredients from local suppliers and ethically sourced charcuterie meats. 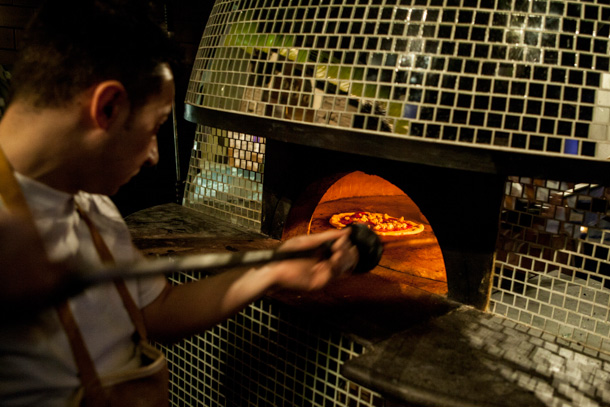 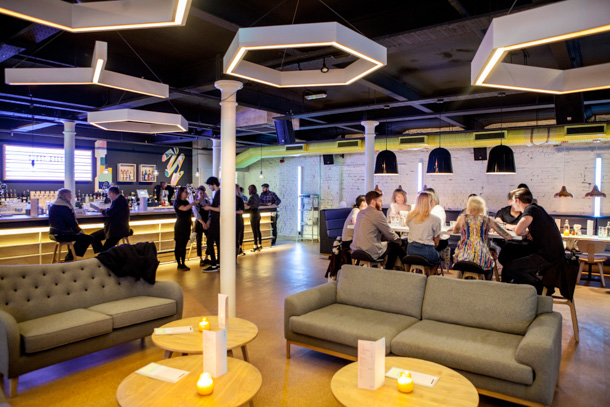 The bar, which offers a selection of craft beers, globally sourced spirits and artisan coffee, is also a creative space to produce work, show work and network. It will be somewhere you can stay for a while. To this end, there’s a tailor-made book exchange where you’re welcome to sit and read for as long as you like. The large-scale doodle wall will be refreshed every six weeks and both solo artists and groups are invited to come and make their mark.

PLY was previewed in 2014 at the #PLYin90seconds exhibition, which featured seven internationally renowned creatives who each created a 90 second pizza themed film via their own artistic medium. Their work will drive the bar’s 2015 exhibition programme, with details to be released soon. 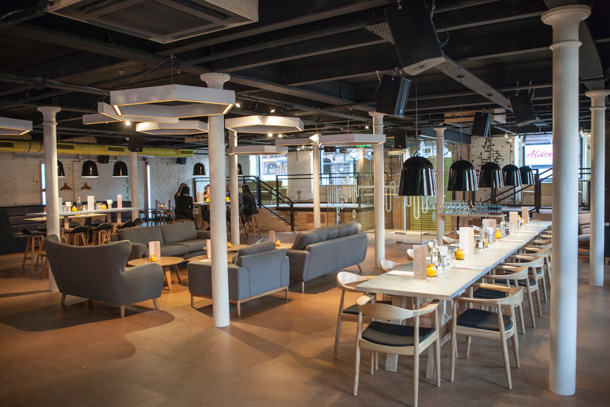 General manager, Hana Kaczor-Dawson says, “We know it’s been a long time coming but PLY promises to be a special space. Materials and features have been sourced from all over the world including our disco ball pizza oven, which involved shipping a team over from Naples to build. We’ve taken the time to fine tune the food and drink menus, creating just the right balance of Italian know how and local produce.

To find out more: 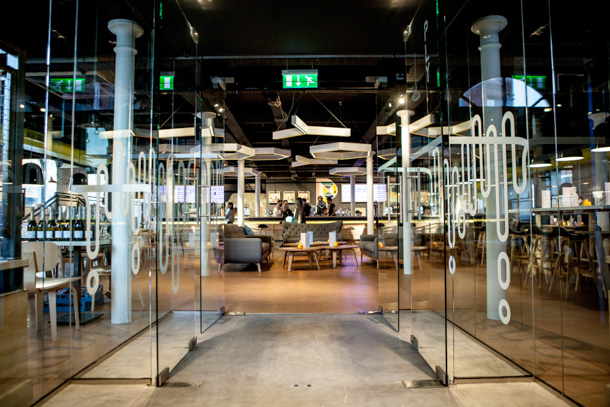