Review: Bugsy Malone at The Opera House is “good hearted, madcap and full of laughter”

Bugsy Malone at the Opera House will give you plenty of bang, splatter and laughter for your buck 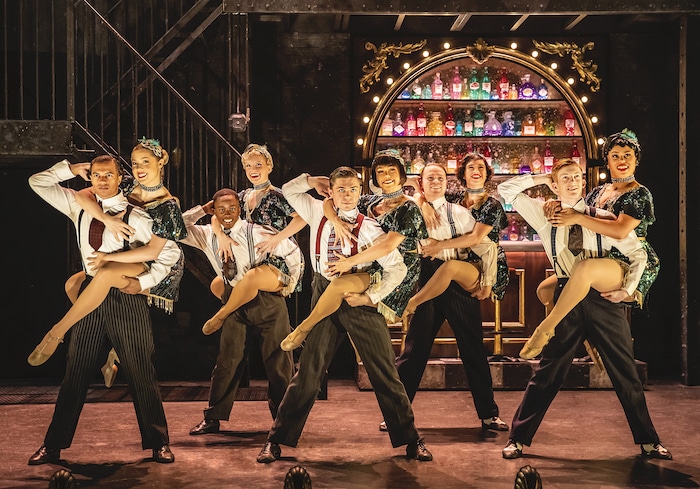 Alan Parker’s film Bugsy Malone is beloved by so many because it has memorable songs, features Jodie Foster playing a gangster’s moll, aged 13 and for the fact that it celebrates slapstick, custard pies, splurge guns and all.

As soon as you hear the opening bars of the score in Sean Holmes’ stage production, the audience are in, as it takes them back to their old dusty copies of this lovely film and the movie in their mind returns.

The plot is slim but this is essentially a good hearted spoof of gangster films and the blood spattered sets are replaced with whipped cream and the leads are played by children, which gives the piece a ‘buy in’ for young audiences and nostalgia by the popcorn carton load if you are older and remember the film.

Jon Bausor’s excellent costumes take you back to the prohibition era and seeing the gifted young leads being wise-talking and sassy raises many a smile.

Bausor’s set design is very dark and times feels too stark, considering the technicolour style of the show and feel that that it gives the audience.

There are also times when the lighting is not as reliable as you would hope, which means sometimes you cannot always see a lead actor clearly, as they say these iconic lines.

Where this madcap musical completely wins you over is through the fantastic choreography by Drew McOnie, and this is particularly evident in “So You Wanna be a Boxer” as it exudes athleticism and the leads and ensemble are in synch and it is a joyous scene that leaves you in awe. 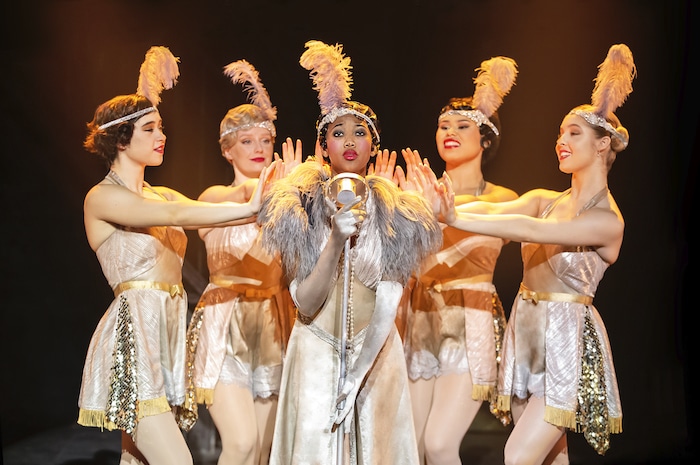 The cast made of up of young leads and an adult ensemble give it their all and they all really take the audience with them, their comic timing is spot on and they clearly have a ball and this feeling reaches the stalls and beyond.

Gabriel Payne as Bugsy is confident and assured in the title role, and he is a seasoned performer, having starred in the West End many times and this comes across in every scene. Delilah Bennet-Cardy’s Blousey has just the right amount of sass to play it rom-com style, in the ‘will they or won’t they?’ sub plot.

Fayth Ifil is a real find as Tallulah and her vocals are silky with an edge which totally suits her character. Albie Snelson owns the stage in every scene he in as Fat Sam and considering this is his professional debut, he is quite something as he is totally at home on stage.

Dandy Dan is played by Desmond Cole and he also gives a performance way beyond his years, and his turn is canny and very knowing.

The adult performers are excellent, as they act as the glue for the different teams of young performers. They fill the group dance numbers and show an audience just what it takes to be a member of ensemble, they are a team and they shine brightly throughout.

Mohamed Bangura and Marcus Billany have genuine stage presence as Leroy and Knuckles and they revel in the comedy and excel during the dance numbers.

Bugsy Malone is a really good family night out. If you are seeking a cheaper option than Disney’s The Lion King, you will get plenty of bang, splatter cream and laughter for your buck.

Bugsy Malone is at the Opera House until 12th November and can be booked here.