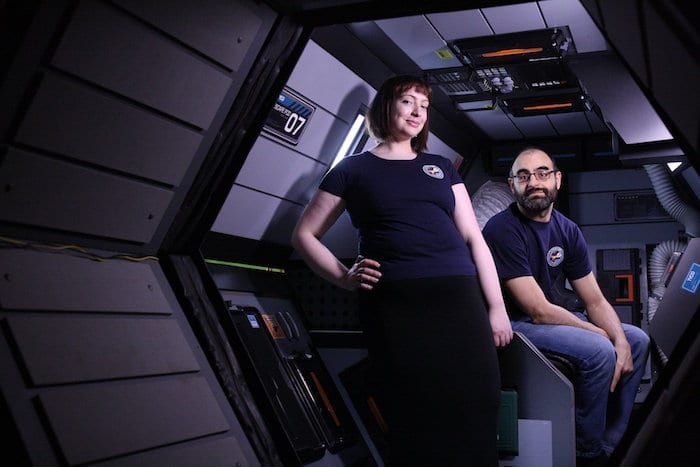 A local independent film production company have launched a crowdfunding campaign to cover the post-production costs of their new sci-fi thriller.

The film, which was made in Manchester and Salford, is set in space 150 years from now when mining asteroids by private companies has become commonplace.

The film is a story about survival and stars local actor Garry Graham-Smith as the protagonist, Marcus, who has survived an accident in an asteroid station and ended up in an escape pod, trying to make his way back to Earth with the black box. 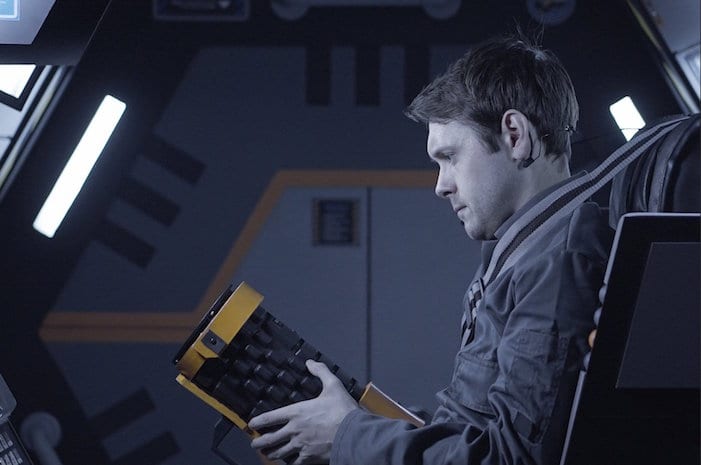 Chorlton-based producer Gemma Bradley says both she and director Angel Delgado have always been fond of single location, claustrophobic films such as Buried or Gravity, in which Sandra Bullock is trying to get back to Earth.

“It’s similar to that, very tense and claustrophobic. Even if it is a sci-fi film set in the future, all the stories that we present are human stories that happen to be set in space, rather than aliens or anything else you often see in sci-fi films.”

Gemma describes Marcus, the main character, as a rich playboy who finds himself in an unexpected situation.

“When we first join him he just had an accident and he doesn’t even remember his own name, so it’s about him figuring out who he is and what he has to do to get out of the situation he’s in. There’s a twist as well, but I can’t really tell you about that.”

Filming took place in a warehouse in Salford on a custom-built escape pod spaceship set and in a green screen studio.

“It was hard to find a spot for our budget. We were very lucky with this building because we were one of the last people who got accepted and now we’re having to leave it because it’s being demolished in August and it will be turned into apartments. 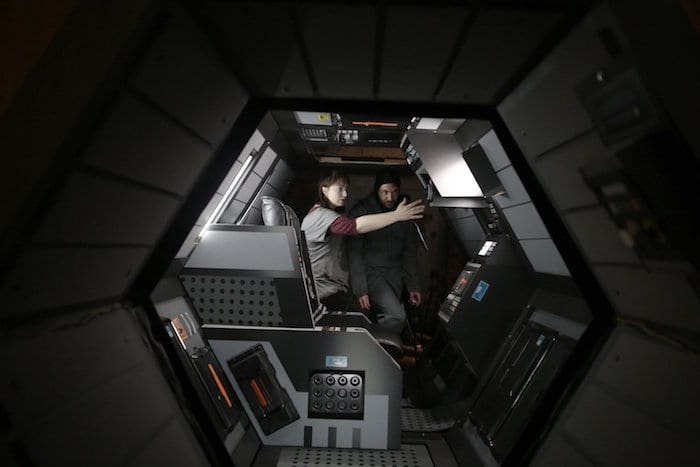 “We’re really grateful we got in when we did because we wouldn’t have been able to make the film otherwise.”

The tight budget meant they had to do most of the work themselves which resulted in long hours on set.

“We are a small independent company and originally we did have a small team of volunteers who helped with the basic construction, but for the most part – and when it came to painting and layering up the details of the spaceship set – it was pretty much just the two of us. I’ve been working on this film since 2014, really.”

Their previous film, Brothers Day, a crime drama set in Gangland Manchester, has been picked for DVD distribution in the UK, Ireland, Australia, USA and Canada and has received international recognition, having been screened at American street festivals.

Although Black Box is a very different type of film from Brothers Day, which was filmed across 13 locations in Manchester, Gemma says they have enjoyed working with local talent again, as well as “bringing a little bit of deep space to Manchester.”

“People were very, very open and helpful when we’ve been filming for Brothers Day. It was proper collaboration. We collaborated with some small local businesses who were happy to let us film in their café, Manchester Community Transport lent us a bus and a bus driver for the day as well,” said Gemma.

Anyone who makes a donation to the crowdfund will unlock different rewards including DVD copies of the film and pictures from behind the scenes, props from the film set and even a tour around the studio.