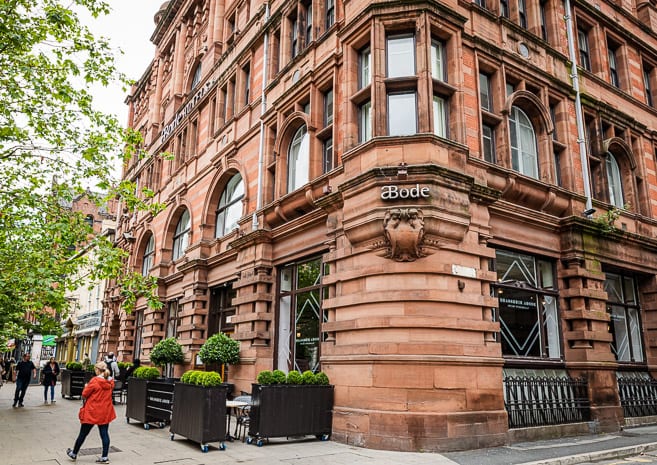 Autumn has arrived and that can only mean one thing –  time to get your fill of some hearty food and get a little bit of added insulation on your bones ready for the cold months ahead.

Brasserie Abode Manchester has a wonderful all-day menu that serves up time-honoured classics and nostalgic comfort food. There’s no skimping here. Even the cocktails are accompanied by something tempting to nibble on.

The stunning building, which is on the way to Piccadilly Station, was built in the 19th century as a textile factory by the influential Mancunian architect Charles Heathcote. It was completed in 1899 in a distinctive Jacobean-Baroque style. 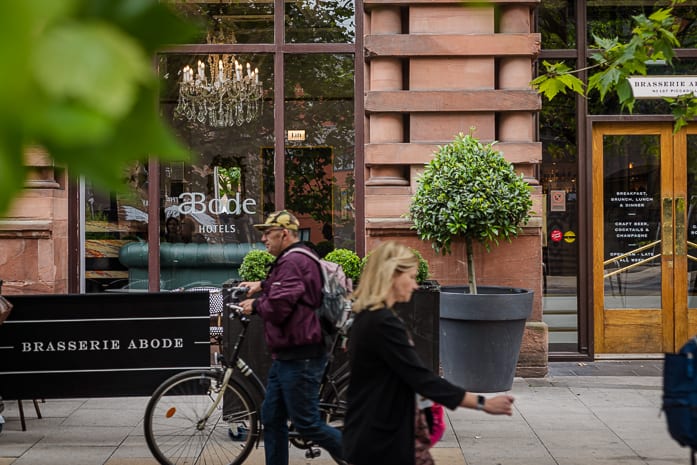 It was originally used as a packing warehouse and showroom for a cotton manufacturer and gained Grade-II listing in 1974. It began life as a hotel in 2008 when it was purchased by the Brownsword family and became part of Abode Hotels.

That’s the history lesson out of the way so let’s get on to the award-winning restaurant.

It regularly offers up some unmissable deals such as a bottle of prosecco and fritto misto for just £25 for 2 or the Social Sunday Deal – a Sunday roast with all the trimmings and unlimited prosecco for £25. 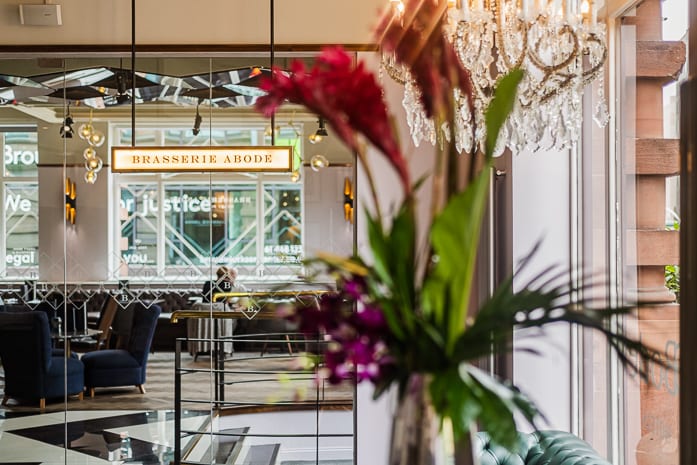 The latest deal is chateaubriand and a bottle of Malbec for two for just £49. It does not disappoint.

First out was a full bodied glass of Dona Paula, a delicious Argentinian Malbec with sweet, spicy aromas and notes of red berry fruits and herbs. It was delightful.

The chateaubriand was presented to us on a slate and was cooked to perfection. The steak size was very generous and cooked exactly as we requested (medium).

It was lean and tender and melted in the mouth the way it should. 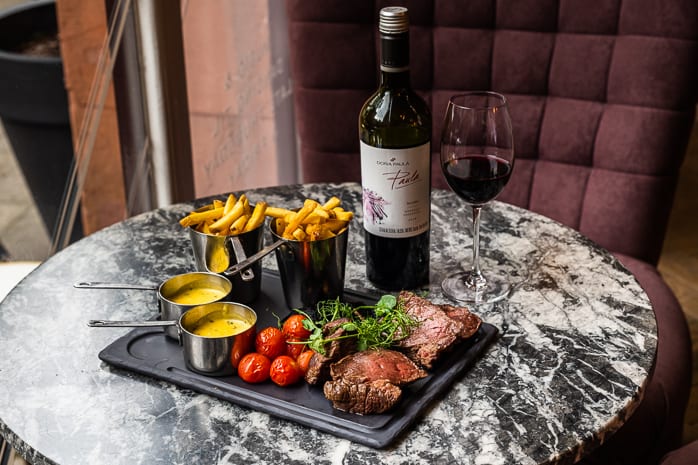 Our server explained that the price of a chateaubriand tends to be a bit higher because it comes from such a small section of fillet on the animal, making the meat beefier and richer than other cuts.

It was served with perfectly cooked fries, vine cherry tomatoes, mushrooms and a little pan of flavoursome bearnaise sauce.

The portion size was just enough for two people and left enough room to be able to finish off the bottle of red. Safe to say the whole lot was polished off comfortably. 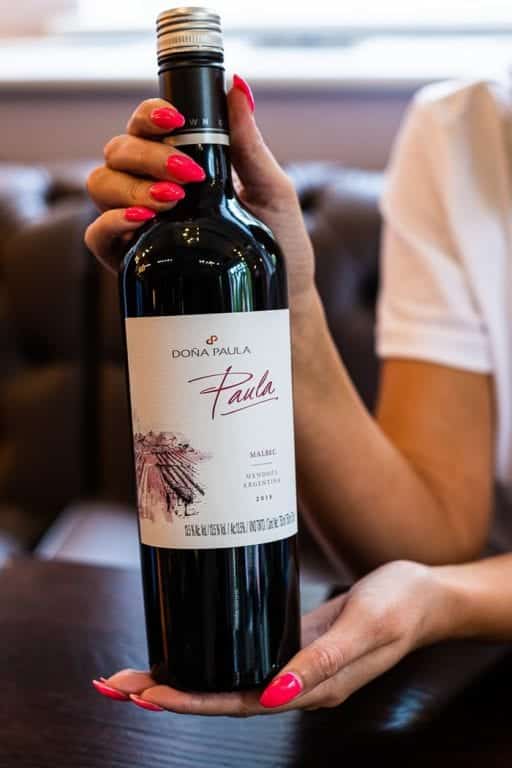 The menu offers up much more than just a succulent chateaubriand of course, from moules frites, to steak frites to melt in the mouth lamb chops.

So if you’re looking for somewhere to impress, make sure you add Brasserie Abode Manchester to your list of places to go. It’s perfect for a quick lunch or for a romantic place to wine and dine.

The marble effect tables lit by candlelight makes for the perfect backdrop to any date. If the steak and wine don’t win over your special someone, the ambience certainly will.

Having left many steakhouses underwhelmed, it is very rare (no pun intended) to find anywhere that matches up to meat-loving mecca Hawksmoor, but Brasserie at Abode is certainly giving it a run for its money.

Chateaubriand and a bottle of Malbec for £49 for two is available daily for lunch and dinner until 24th November.