When the season is all done and dusted, both Jose Mourinho and Pep Guardiola may look back at last night’s game and consider that a draw was a useful result. For the rest of us however, we’d like to forget it was one of the least eventful Manchester derbies in years and fans were quick to voice their disapproval on social media.

It was the 18th 0-0 draw in derby history and despite Marouane Fellaini’s best efforts, the game remained largely subdued. The Belgian’s red card in the 83rd minute for a headbutt on Sergio Aguero threatened to breathe some life into the game, but United’s defence kept their shape and eventually held on for a point.

City thought they’d nagged all three points at the end but Gabriel Jesus’ goal was rightfully ruled offside and it meant that both managers had to settle for a point apiece. The result leaves City in fourth and a point clear of their neighbours with just five games of the season remaining.

Unsurprisingly, many supporters took to Twitter after the game to express their views, with several tweets poking fun at the lack of talking points.

Here are some of our favourite reactions from across social media:

It’s a rare occurrence when your own fans are happy to see their keeper go off injured, but can you blame them with a performance like that?

If Claudio Bravo Was A Dog!! pic.twitter.com/zWd5Uev5ZE

Aguero still reeling from that headbutt

Mourinho called the Argentinian ‘smart’ for his role in the red card, but clearly he’s still hurting.

FAKE NEWS! Just in case someone doesn’t realise this tweet is clearly satire.

Mourinho: “Martial & Shaw are not working hard enough for me. Wenger hasn’t won PL since 2004.”

The bus turned up at just the right time

It proved to be another Mourinho masterclass as his side kept a clean sheet yet again, but his defensive tactics left City fans seeing red.

Jose Mourinho showed up to the Etihad like a man with a plan 🚌. pic.twitter.com/QrHOOcAPcv

To be fair to the poor girl, she wasn’t the only one who thought it was game over.

…and so is Jesus

Even the professionals can get a bit ahead of themselves.

Rashford was busy trying to retire another Argentinian centre back

Somewhere in a dark secluded room, Martin Demichelis sheds a solitary tear for his countryman.

A recap of the Fellaini-Aguero incident

As you can clearly see, Fellaini’s height gave him the clear advantage in his bout with Aguero.

Marouane Fellaini was sent off for this clash with Sergio Aguero last night… pic.twitter.com/iuK6WyJjV3 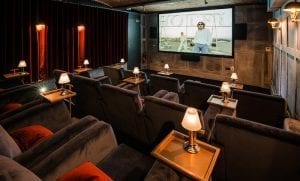 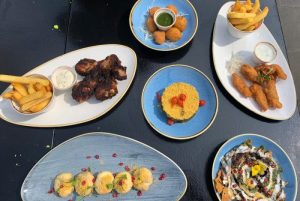 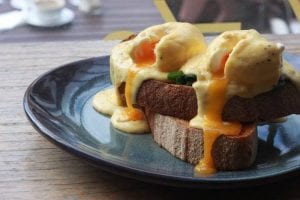