It’s a night when sparkling showers of light fill the night sky and towering bonfires leak out plumes of smoke. When children draw shapes with their sparklers in the deep November blackness as mums and dads watch on, nervously.

As the air starts to chill, many of us would prefer to cosy up indoors, but if anything is likely to draw it out it will be a traditional firework display – all in the name of Guy Fawkes.

The night is commemorated after his failed gunpowder plot to blow up the House of Lords in 1605.

This year it falls on a Tuesday, but the council is hosting events across Greater Manchester between 29th October and 5th November.

There are plenty of events going on in and around the city this year at various local parks, with three held on bonfire night itself at Heaton, Wythenshawe and Platt Fields parks.

This year a number of safety procedures are being put in place to make sure everyone has a great night. 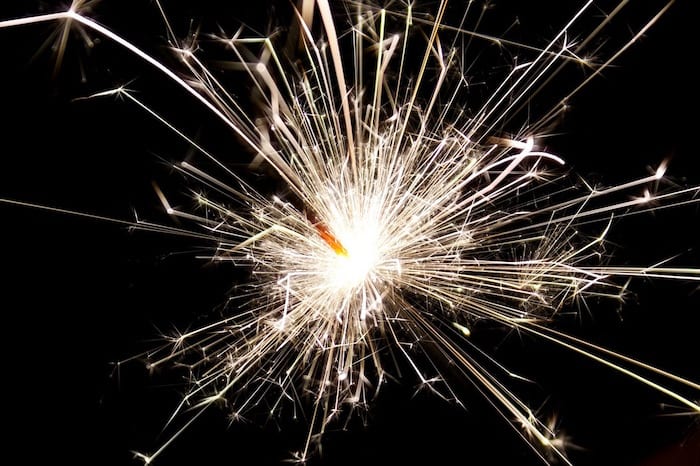 Searches will be in place, and attendees are advised to leave their bags at home where possible to avoid large queues.

The council is also advising spectators to arrive at least an hour before the scheduled time for the fireworks display and to use public transport where possible.

It is recommended not to bring any fireworks, sparklers or alcohol to the events as you will not be permitted entrance with them. Dogs will also not be allowed to enter, with the exception of assistance dogs.

Here is a rundown of all of the celebrations taking place across Manchester. Keep reading to see what’s going on near you and when.

Taking place on Tuesday 29th October, a funfair will be in place at Crumpsall Park between 5pm and 9.30pm with fireworks kicking off at 7.30pm.

On Wednesday 30th October, Debdale Park will host a funfair between 5pm and 9.30pm with fireworks at 7.30pm. This will be followed by a bonfire.

The home of Manchester City will host a special fireworks display in North Manchester on Thursday 31st October. Yes, we know that’s on Halloween – but that’s just the way the cookie crumbles. There will be a funfair between 5pm and 9.30pm, and the fireworks display at 7.30pm.

On Sunday 3rd November Cringle Park in Levenshulme will host a funfair between 5pm and 9.30pm and a fireworks display at 7.30pm.

On Monday 4th, Chorlton Fireworks will provide a display at Cavendish Primary School on Cavendish Road, West Didsbury. Gates open 5pm with the bonfire lit at 5.30pm. The fireworks will start at 6.30pm.

Tickets will be sold on the gate and online priced £4 for adults and £2 for children. 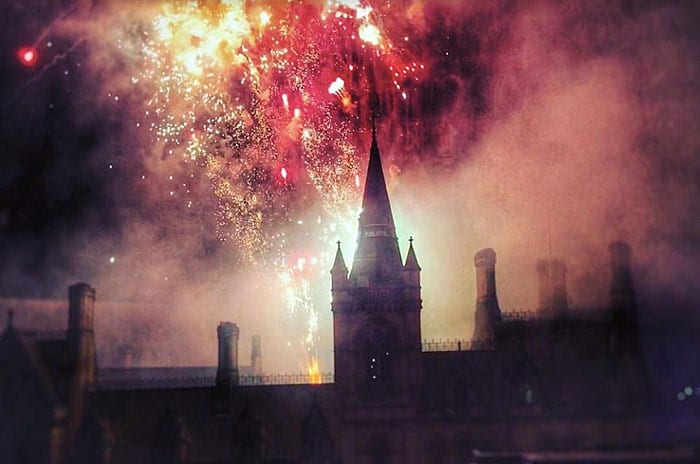 Newton Heath’s Brookdale Park will host its own fireworks display on Monday 4th November with a funfair between 5pm and 9.30pm and fireworks at 7.30pm.

Heaton Park will host its own fireworks display on Tuesday 5th November. There’ll be a funfair from 5pm to 9.30pm, followed by a bonfire and fireworks at 7.30pm. The event will be finished by 10pm.

The Wythenshawe Park bonfire and fireworks display will take place on Bonfire Night itself. The site opens at 5pm, along with the funfair and food stalls and the fireworks display begins at 7.30pm. A bonfire will be lit afterwards.

Also on Bonfire Night, South Manchester’s Platt Fields Park hosts is own fireworks display with a funfair between 5pm and 9.30pm and a bonfire at 7.30pm followed by fireworks.

With on-site parking limited and to avoid non-essential car usage, residents are urged to make their way to their chosen event by public transport wherever possible. To plan your journey, go to tfgm.com.