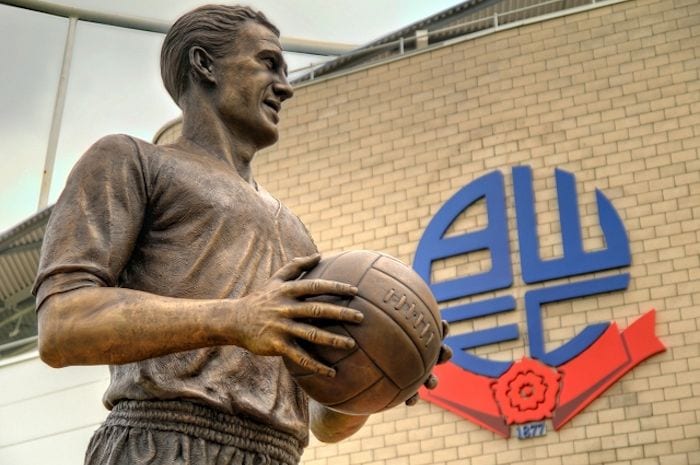 Bolton Wanderers have been saved from expulsion from the EFL, 24 hours after the original 5pm deadline.

The sale of the club to new owners Football Ventures (Whites) Limited was confirmed in an announcement by the EFL yesterday evening.

This comes 24 hours after neighbours Bury failed to find a buyer and were expelled from the EFL.

Joint Wanderers administrator Paul Appleton said: “This has been one of the most complicated administrations I’ve been involved with but I’m delighted to say we have finally reached a satisfactory conclusion with the sale to Football Ventures.

A joyous evening for our football club, but it would be remiss of us not to say how saddened we are at yesterday’s devastating news from our neighbours at Bury FC.

Our hearts go out to the fans and the community. ⚽️💙 https://t.co/3t5OAZKuPb

“At times, some of the hurdles appeared insurmountable and the frustration felt has been immense, not least by the supporters who have had to endure too many weeks of uncertainty.

“The Trust were forced to constantly compromise their position in the face of circumstances and demands which were wholly unreasonable. This says much about their determination not to allow Eddie’s beloved Bolton Wanderers to suffer any longer at the hands of Ken Anderson.

“Sadly, Mr Anderson has used his position as a secured creditor to hamper and frustrate any deal that did not benefit him or suit his purposes. Thankfully, with the assistance of the Trust and others, we were able to overcome this obstacle.

“Of course, there will be difficult times ahead while the club gets back on its feet but there are too many people with Bolton close to their hearts for it not to be successful once more”.

The sale was welcomed by the Bolton Wanderers Supporters Trust:

“The Supporters’ Trust welcomes the news that Football Ventures are now confirmed as new owners of BWFC. This brings to a close the dreadful three and a half years we have endured and heralds a new era for our beloved club.

“Our talks with Football Ventures started when they first emerged as potential buyers some months ago and we will now continue these discussions to establish a strong and productive relationship with our new owners and a voice for the fans and wider Bolton community for the good of the club and town.

“Bolton Wanderers need our support more than ever now and however disenchanted and disengaged many are feeling after this terrible period in our club’s history we would urge all fans to get behind the team and turn out in force to show our new owners what BWFC means to us all”.

Bolton are currently bottom of League 1 on minus 11 points and are away to Gillingham at the weekend.