Attention all fried chicken aficionado’s: Bird of Prey have a secret recipe for 'insanity' hot wings

Bird of Prey, new to arrive at Manchester’s Circle Square, is a new fried chicken restaurant ‘with a difference’.

Bird of Prey is the brainchild of family restauranteurs Asad, Sadaf, Saify and Saj, who, after years of honing their skills and tweaking their secret recipe for buttermilk fried chicken, are finally opening the doors to Manchester.

Bird of Prey brings a unique and exciting offering to the city, including a marinading process, where all birds are soaked in buttermilk overnight and double dredged in their house flour, herb and spice mix before being dropped into the fryer. For those that are crazy or like to think they can handle a bit of heat, BoP Insanity Wings are tipped to become Manchester’s hottest chicken wings. 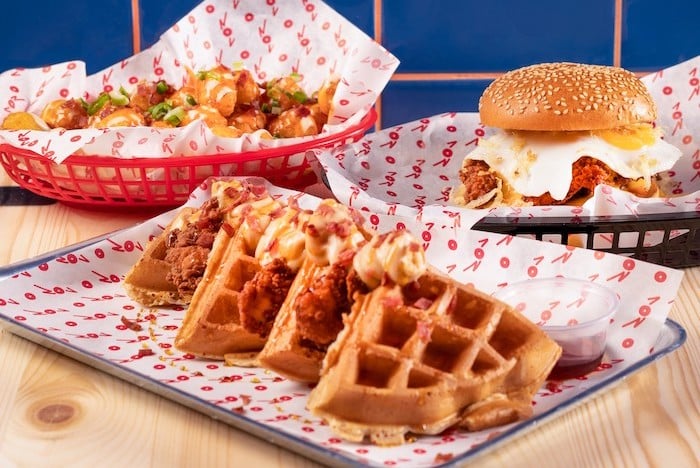 The restaurant serves up an indulgent menu of signature Fried Chicken Sandwiches, Wings, Strips, Sides and Shakes alongside a newly developed Buttermilk Fried Chicken and Waffles breakfast menu available at weekends from 9-12pm.

For breakfast, expect to see delicious comfort food in the form of the BrunchBird, Hash Nuggets and the BrunchStack, which consists of fried chicken, waffles, turkey bacon, honey butter, maple syrup and peanut butter mousse.

For the main event Bird of Prey is serving up boatloads of delicious golden fried comfort in the shape of the Smokestack, the vegan ‘Clone’ and a dish that will become very popular with fried chicken aficionados, ‘Messy Chick’ which is a heady mix of fried chicken strips, house fries, cheese sauce, turkey bacon, white Alabama BBQ sauce and jalapeños. 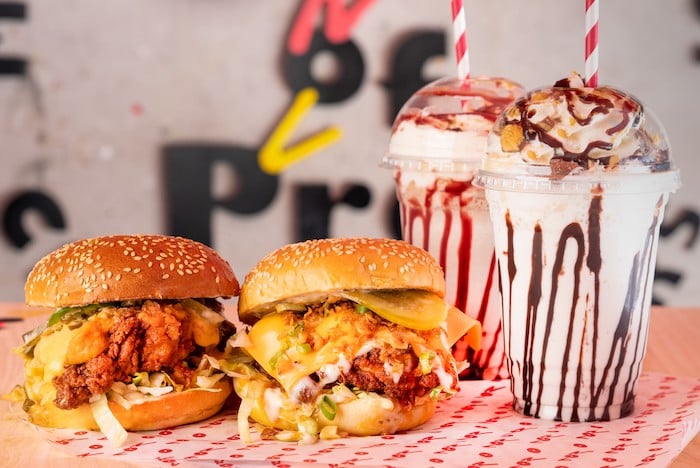 Bird of Prey will also serve up a selection of milkshakes using the same attention to detail in the shake recipes as they apply to their fried chicken. To finish off the drinks range, there is a fantastic range of fountain sodas, including cult classics such as; Irn Bru, Vimto, Sunkist and Pink Lemonade.

“Bird of Prey is about incredible fried chicken and baskets of comfort food with great shakes, sodas and an awesome soundtrack,” said Sadaf Bukhari, Co-Owner of Bird of Prey.

“We are beyond delighted to be bringing our fried chicken to Manchester, this is the city we are from, and we can’t wait to throw open the doors and get frying at Circle Square.”

Notice of application for a new premises licence under the Licensing Act 2003. Application is made by FBAASA Ltd for Bird of Prey, Unit 49A Charles Street, Manchester, M1 7DF for the provision of late-nightrefreshment after 11pm between Thursday and Sunday weekly. Representations shall be made in writing to Premises Licensing, Level 1 Town Hall Extension, Albert Square, Manchester, PO Box 532, M60 2LA, or by e-mail to: premises.licensing@manchester.gov.ukon or before: 02/09/2022 It is an offence to knowingly or recklessly make a false statement in connection with an application under the Licensing Act 2003. A person guilty of such an offence is liable on summary conviction to an unlimited fine.