Beware! Giant monsters have taken over the rooftops and shops of Manchester

Giant monsters have been spotted on the rooftops of Manchester.

A colossal purple beast landed on the the former Mayfield Station building in the early hours of yesterday evening. By morning, it had begun to wind its huge tentacles around the upper reaches of the building with its four piercing eyes fixed on passengers using platform 14 at Piccadilly Station.

Other buildings around the city have suffered a similar fate as Mayfield. These include House of Fraser, NEXT Exchange Square, Jessops Market Street, Manchester Hall, 35 Dale Street, and Piccadilly Place.

But fear not. They’re not real. They’re giant inflatable works of art created by urban artist FilthyLuker and his team at Designs in Air.

The appearance of the infernal beasts has coincided with the city’s celebrations for Halloween weekend.

This time of year is growing dramatically for UK retail, leisure and hospitality economies and, as you might expect, we’re celebrating in style in Manchester.

We’re looking forward to a weekend of terrifyingly good events and a range of family-friendly activities featuring momentous monsters, petrifying parades, a trick or treat trail and a gigantic ghostly gathering – plus events and offers from the biggest, baddest names in shopping, food and drink.

And don’t miss the creepy creatures and monster eyes peeping through the windows of Afflecks, Debenhams and Marks & Spencer.

See how many of them you can spot.

View all of the monster locations on Google Maps. 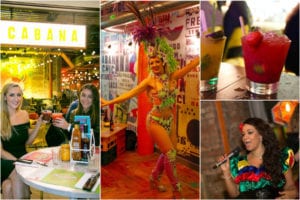 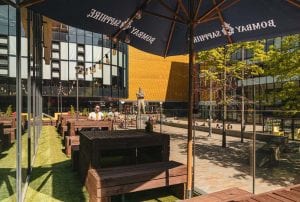 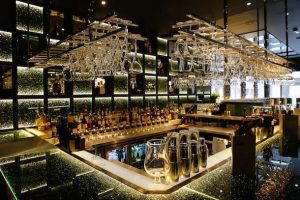 FIRST LOOK inside the glitzy refurb of Gaucho Manchester