The best music videos to come out of Manchester in 2019 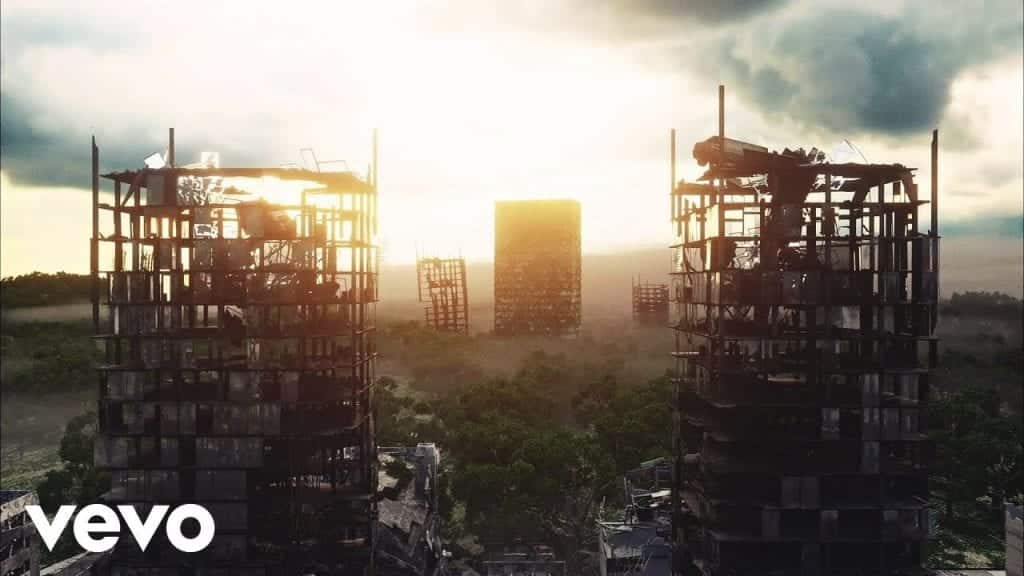 As 2019 draws to a close, we take a look back at some of our favourite music videos to come out of Manchester this year.

True to form, the city has produced some stunning visuals with powerful messages to boot.

Others are just solid party bangers that need celebrating – including a dancehall song about the Metrolink.

This powerful video (above) released by Manchester band Elbow paints a bleak and dystopic picture of the future featuring mile-long rubbish heaps, burning buildings and forests, barren wastelands, floods and swarms of police in riot gear as Guy Garvey croons “empires crumble all the time.”

North Manchester’s Aitch burst into the charts this year, racking up millions of views on Youtube. He’s racked up three Top 20 singles since June including Strike A Pose with Young T & Bugsey and Kilos with Bugzy Malone.

This video from Manchester rapper Tobi Sunmola embraces the surrealism of a waking dream with mind-bending visuals. Beautifully shot, it’s a must watch.

On Deen (Arabic for ‘faith’), HMD speaks on his faith and the struggles he’s had to overcome to get to this point in his career.

Created by Karl John and Blackstone Visuals, in this video Manchester’s Abnormal Sleepz and HMD nod to the Windrush generation that came to the UK in the post-war period with sharp suits and a vintage car.

Rusholme rapper Mastermind signed to Columbia earlier this year in a landmark move after amassing a huge number of views online with hit single WaveTime. Hotly-anticipated follow up, WaveTime2 was also well received and sees him collaborate with MC’s Nafe Smallz and Chip.

Fox has been around so long he’s often jokingly referred to as the grandfather of Manchester’s music scene. Today he’s everywhere, but prior to his musical success he had a darker past, which he addresses in Lost/Found.

Filmed by Manchester director KC Locke with a guest spot from up and coming homegrown rapper Aitch, this video came in at no.9 on Youtube’s top ten trending videos of 2019. Aitch’s verse was filmed in Love Lunch sandwich shop in New Moston.

Manchester’s very own neo-soul queen Layfullstop has been a star on the rise for some time. This video first came out in the summer, but the fact that she’s just done a version for Youtube channel COLORS is a sure-fire sign it’s destined to become an underground hit.

Donning a “Relative justice for Grenfell” sweater, Manchester rapper Chunky comes in with fighting talk on Lyric Mi. Despite the vast amount of blue sky in this video, we can confirm it was all shot in Manchester.

This video from Moss Side rapper Dane juxtaposes gritty urban scenes and snow-covered country settings. Just like the tune itself, it’s pure fire.

We doubt you’ve seen the city from perspectives like these before. The Mouse Outfit uses some incredible drone footage of Manchester and Salford in this video for Lenzman’s remix of single Feeling High, taken from the band’s 2018 album Jagged Tooth Crook. Shame they disbanded this year.

Equinoxx may not hail from Manchester, but they’ve spent enough time visiting their Swing Ting mates to fall in love with our trams. Shot by Tarnish Vision, keep an eye out for cameo appearances from local artists including Jon K, Chimpo, Murlo, Meme Gold, Blind Mic and of course MC Fox.

Read More »
September 26, 2020
PrevHave you read?The alternative Christmas songs from Manchester you need on your festive playlist
Next read...Six winter walks to enjoy the stunning countryside near Manchester – with a pub nearbyNext