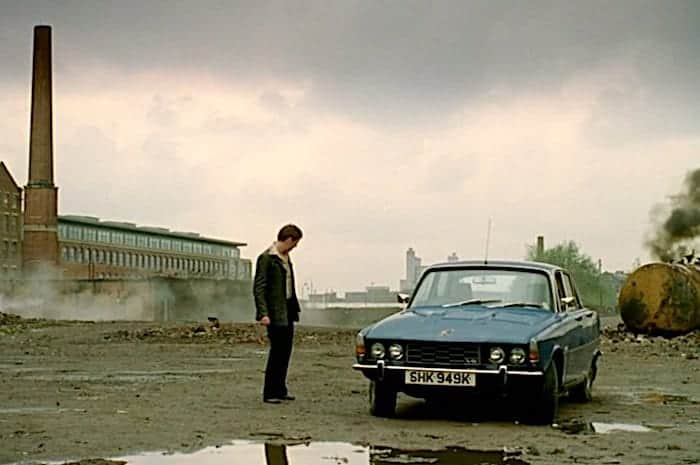 Which makes the high rated show totally out of this world if you’re a Mancunian. So, whether you tuned in every week to watch each episode on TV back in 2007 or not, give it a watch and see if you can recognise all the remodelled Manchester locations.

A word in ya shell! #LifeOnMars and #AshesToAshes have been added to @NetflixUK! pic.twitter.com/dGDZPCgUDu

Peppered with many nods to Manchester’s past – such as cotton mills and the industrial revolution – prominent filming locations across the two series include the Northern Quarter; Ancoats (and what is now New Islington); streets in Gorton, Ardwick, Trafford Park, Bolton, Rochdale, Miles Platting; Stockport Council offices; Hyde (the place not the future), plus loads more.

Writer Matthew Graham posted on Twitter: “I miss Manchester. I lived in The Aurora Hotel which was part owned by Cliff Richard. My room was The Congratulations Suite.”

Cast and crew gather around the Cortina at the end of filming Episode 8 of Series 1. #GeneGenie #SamTyler #Raymondo #Chris #LifeOnMars pic.twitter.com/fUiCEvFxmQ

Named after a Bowie track, Life On Mars is a drama series about a Manchester detective called Sam Tyler (played by John Simm) who has an accident and wakes up in unfamiliar but strangely familiar territory as a copper in 1970s Manchester.

Moments after his girlfriend is kidnapped by a serial killer in (present day) the year 2006, DCI Sam Tyler is ran over and knocked unconscious by a car – and wakes up “around lunchtime” in 1973.

Sam gains conscious lay on the rubble of what is now in present day the Mancunian Way motorway – which the Manchester Evening News billed as the “highway in the sky” back in the 70s.

This bit. This panning shot. This outfit. It's ALL about this moment! #LifeOnMarsLive pic.twitter.com/Topgjcz0DB

Thrown head-first into this new world with an epic soundtrack, Sam is unsure whether he’s mad, in a coma or gone back in time. All he knows is whatever’s happened, it’s like he’s landed on another planet.

His new boss is hard-nosed DCI Gene Hunt (played by Philip Glenister) a man who gets the job done by trusting his gut instincts and using a ‘fist-first, question later’ policy.

Tyler’s ambitious 21st-century attitude makes him a fish out of water in this primitive world of old-fashioned policing that Tyler describes as “like Guantanamo Bay”.

Sam is lost and is unsure about what is real or not but has a few moments of clarity to realise that he just where he is and that he has to just ‘make the best of it’ it’s all he can do.

As policing styles constantly clash, the hunt for a serial killer becomes a personal mission when Sam suspects his girlfriend (in present day) has been kidnapped by the very man he’s tracking down in the 70s (bear with us).

He then discovers a connection between a murder in 1973 and the 2006 kidnapping case he was working on, and solving this case could be the key to getting home.

If you enjoy the series as much as us, you’ll be pleased to know that the Life on Mars creator has confirmed a third and final series is in the works and will be set in Manchester and London in the 70s, 80s and “an alternate present”.

Co-creator Matthew Graham previously posted on 1 April: “We would never make another Mars unless we really had something to say and could push the envelope all over again. Finally, we have something.”