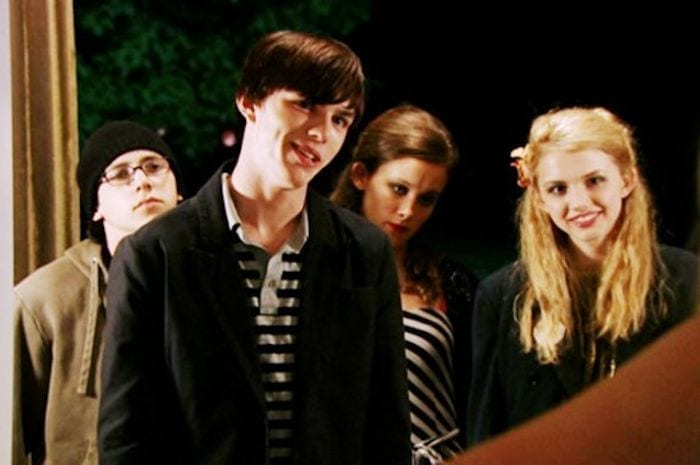 Ask any 90s kids and they’ll tell you Skins wasn’t just a TV show. It was a way of life.

And although the Channel 4 show was popular with a lot of people, it seemed to be the shyer, nerdier, more socially inept kids who tuned in every week and wished they had friends that cool.

Everyone wanted to be Tony, but we were all secretly Sid.

Luckily for us, the world turned and geek became chic. Although football is still important – especially in Manchester – artists, musicians and online magazine writers stopped being considered a subculture and finally entered the mainstream.

But if you’ve managed to get past your childhood trauma and started to look back fondly on your cringey teenage years, you’re in luck. Skins is coming to Manchester for a special anniversary screening.

Most of us won’t believe Skins is ten years-old already. Others may not believe that the show – which caused controversy with themes including teenage drug use, pregnancy and anorexia – will be screened at HOME, one of Manchester’s more respected cultural venues.

But for one night only, our nostalgic mid-2000s’ dreams can come true and we can see two episodes of the award-winning teen drama on the big screen.

Showing as part of the run-up to Pilot Light season 3 – Manchester’s biggest TV festival – it isn’t just a nostalgia trip you’ll be paying for.

This is Skins as you’ve never seen it, even rawer and more exposed than ever before. This is your chance to speak to the people who shaped your teenage angst and ask questions about a show that meant so much to the youth of yesterday.

The screening takes place on Sunday 10th September at HOME at 8.20pm. Tickets are available here.

Pilot Light TV festival will be taking place between 3rd-6th May 2018. More information on the festival is available here.