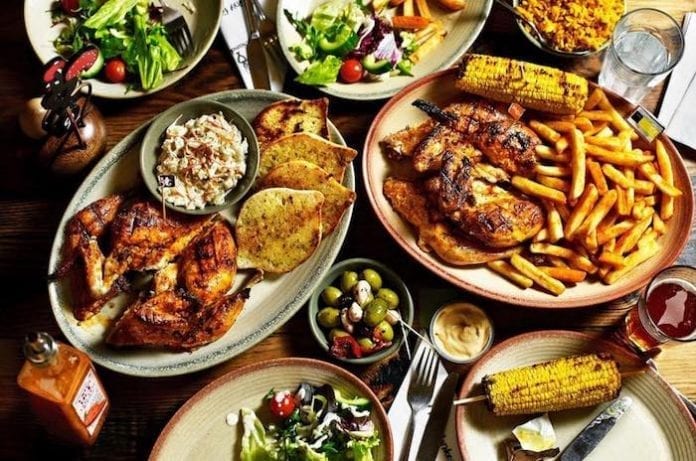 It’s hard to imagine now, but there was a time not so long ago when there was no such thing as a ‘cheeky Nando’s’ and your options for a quality takeaway consisted of sweet and sour pork or chicken tikka masala from your local indian.

Not anymore. You asked and the god of chicken and all things cheeky delivered. Literally.

Nando’s have just announced that they’re going to be delivering around Manchester so you can sit in with your hangover, pick up your phone and have all that steaming spicy peri peri goodness delivered to your door.

The simple but damn near perfect taste of the peri-peri chicken, the colourful decor and snazzy artwork appeals directly to cash-strapped millennials as well as high flying celebs.

The company says it plans to roll out the delivery service further and we absolutely cannot wait. At the moment delivery is charged at £2.50 per order, in line with services like Deliveroo and UberEats. An extra £2 charge is added to orders if it’s under 15 quid. Fair enough really.

Frozen desserts are not available. Obviously. Unless you want a soggy mess of frozen yoghurt delivered to your house. Adam Butler is still pretty damn excited about it…

Also, next time you make the order, remember you get the same amount of chips whether you order one large or two regular sides. You just pay less. Yes yes, thank us later.

Anyway, if you’re in the mood for Nando’s and don’t fancy leaving your couch, have it delivered to you door. Hit up here.

If, on the other hand, you still don’t know about the Greggs drive through – yes that’s right. 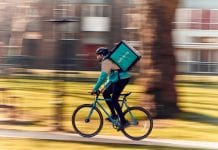