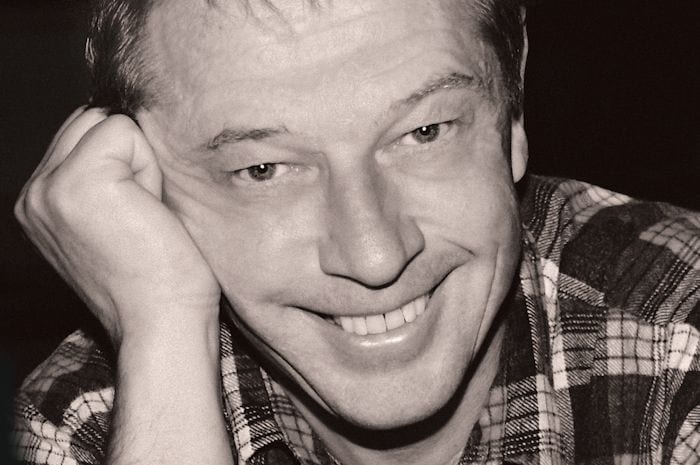 Broadcaster, journalist and writer Andy Kershaw has lived his life in the fast lane and he’s got the penalty points to prove it.

There isn’t much he hasn’t done, from presenting his own programmes on Radio 1, 3 & 4 for nearly 20 years, The Old Grey Whistle Test on BBC2, and co-presenting Live Aid to a global audience of 1bn, to foreign correspondence and war reporting.

He was bitten by the music bug at a very early age and found there wasn’t a cure. He was hired by Radio 1 to play indie music but grew bored with it and introduced listeners to world music, encompassing everything from Albanian Urban Music to the music of Zambia, Zimbabwe and Zanzibar.

He has a record collection which weighs in at 7.5 tons (he knows this because it was put on a lorry and weighed when he moved from London to the Isle of Man) and he has no intention of getting rid of it.

He has won more Sony Radio Awards than any other broadcaster and has visited 97 of the world’s 194 countries, including four visits to North Korea, the world’s most secretive country. The only country on his bucket list is Belarus because, he says, he’s “fond of bonkers dictatorships and we’ve got one in the middle of Europe”.

It’s an impressive CV to say the least. You can see why he’s been called ‘one of the luckiest bastards alive’.

His luck ran out ten years ago following a well documented break-up with his long-term partner. He went from being the bloke every other bloke wanted to be to the bloke no one wanted to be.

Growing up in Rochdale just ten miles down the road, he says Manchester played “a small but significant” part in his music education.

He was just 14, it was the first proper gig he’d been to, and “a life-changing experience”.

“I’d never heard anything as loud. It was genuinely shocking and thrilling and I loved every second. I came out of the Free Trade Hall and my ears were ringing and they were still ringing the following morning. I said to myself, live rock music is where I want to be.”

He is famously not short of an opinion or two. “I speak my mind and tolerate no bullshit,” is how he puts it.

He remembers almost word for word how he introduced his favourite Manchester band on The Old Grey Whistle Test in 1986.

“Last night I sat down and tried to make a list of the truly great British bands of the 1980s. Bands whose recordings and influence would endure. After nearly an hour I was staring at a sheet of paper with only one name on it.” That name was The Smiths.

The only other Manchester band he’s a fan of is Buzzcocks.

The trouble with being opinionated is that you’re always going to upset people who have a different opinion.

He’s been called “an amazing man” and “the finest British broadcaster bar none” by Stephen Fry, “one of the few truly original voices in broadcasting” by BBC journalist Fergal Keane, and “a national treasure and born again hero” by the Daily Telegraph.

He’s been called “a gloriously cheeky bastard” by Pete Townsend, and things that are far less flattering by the Mumsnet community after he went on Woman’s Hour to argue that Woman’s Hour should be scrapped.

He’s had such a remarkable, varied career and has so many stories to tell that he’s the only former Radio 1 DJ you’d want to invite to a dinner party. It would be guaranteed not to be boring, although it might end up in a disagreement or two.

As the chances of Andy Kershaw coming to your dinner party are limited – although you never know till you ask – the next best thing you could do is spend a couple of hours in his company.

As luck would have it, he’s in town next month with his one man show.  It’s a two hour audio-visual presentation about his life, career, adventures and experiences in radio and television, live music, travels to extreme countries and foreign correspondence. Boring it won’t be.