Filming began in Bolton at the end of April on BBC Two’s Alma’s Not Normal, a series about Boltonian wild-child, Alma Nuthall (Sophie Willan) and her family of eccentric, unruly women.

The BBC comedy series follows Alma as she tries to get her life back on track after a break-up.

But with no job, no qualifications and a rebellious streak a mile wide, it’s not going to be easy.

Meanwhile her mum, who is battling a heroin addiction, has been sectioned for arson – and her vampish Grandma Joan wants nothing to do with it.

It celebrates women dealing with the hands they’ve been dealt while doggedly pursing their dreams. 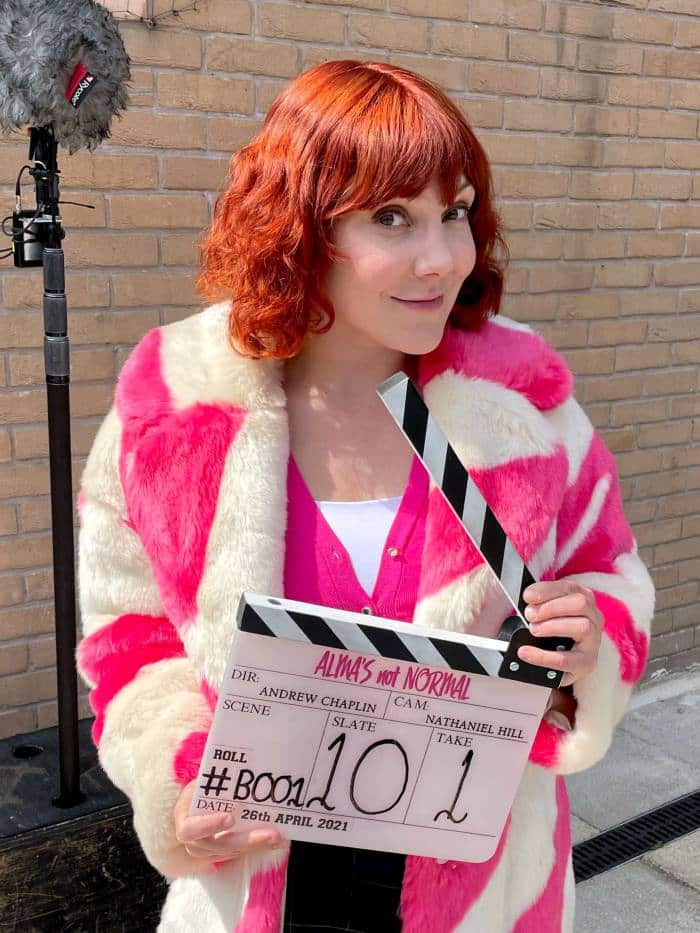 As well as starring in the lead role of Alma, Sophie Willan has written and executive produced the series.

Sophie was the inaugural winner of the BBC’s Caroline Aherne Bursary Award in 2018, and following a critically acclaimed pilot broadcast in 2020, received a BAFTA nomination for Best Writing: Comedy (2021).

“I’m delighted that filming is underway for series one of Alma’s Not Normal, and even happier to be working alongside such a fantastic group of actors!” says Sophie.

“We can’t wait for audiences to learn more about Alma’s world and the eclectic mix of characters that surround her.”

“We’re delighted to be making a full series of Alma’s Not Normal, after such a wonderful response to the pilot,” says executive producer Nerys Evans.

“Sophie is an incredible talent – she is such a gifted writer and performer and has written something that feels both utterly modern and yet timeless.”

In accordance with all current government guidelines on COVID-19, production for Alma’s Not Normal will adhere to comprehensive protocols to ensure that the new series is produced in a safe and responsible manner.

Broadcast details for the series will be announced in due course.