‘One of the most atmospheric music and events venues in the UK’. 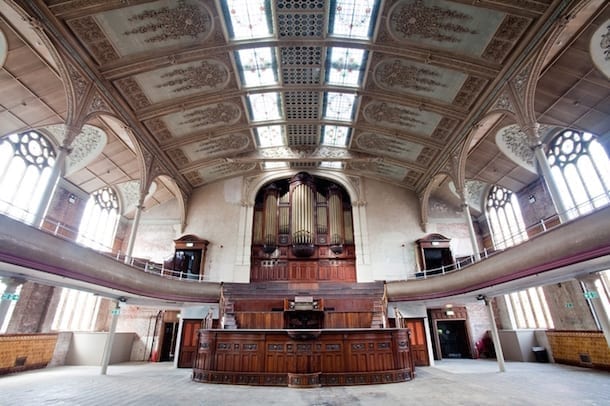 As little as 3 years ago, Manchester’s Albert Hall was unused. There was no electricity, no people and no good reason for any of it. After retiring from its brief stint as Brannigans nightclub, the beautiful old Peter Street Chapel was abandoned, unloved and its halls were as empty as the forgotten beer bottles that lined their floors. But, in typical Manchester style, it was soon to experience the most dramatic of resurgences.

Built in 1910, Albert Hall was one of many Methodist Central Halls built in early 20th century Britain. They were multi-purpose buildings, where people could attend religious services on Sundays, but drew the biggest crowds for their Saturday night entertainment. There were concerts and comedy shows that – almost unimaginably considering the nature of today’s leisure facilities – encouraged visitors to stay away from the antisocial lifestyle associated with alcohol, and aimed to show people a good time could be had without it. Albert Hall, like many of its contemporaries, soon fell into disrepair, and for years its elegant stain glass windows were nothing more than decorative masks to a Grade II listed goliath that couldn’t keep the pace with modern life.

That was until 2013, when the Trof company, who own a number of bars in Manchester, decided it was time to resurrect the chapel, and would eventually turn it into what is now Manchester’s most exciting and stylish live venue. They also chose to lift the old alcohol ban. Sorry history.

The company, who also head up popular Oxford Road haunts the Deaf Institute and Gorilla, proclaim Albert Hall – now their biggest venture – to be ‘one of the most atmospheric music and events venues in the UK’. And you wouldn’t argue. The grand gothic ceilings loom over the main concert hall and lend it a grandeur that most nightclubs could simply never dream of.

And Albert Hall has quickly proved it can pull in the names to match its unsubtle and awe- inspiring location. The latter half of 2014 welcomed a notable variety of artists, from SBTRKT and the Manic Street Preachers, to Sam Smith and Sven Vath. The first few months of this year show little sign of slowing the momentum either, with groups like the War on Drugs and Jungle bagging February shows. 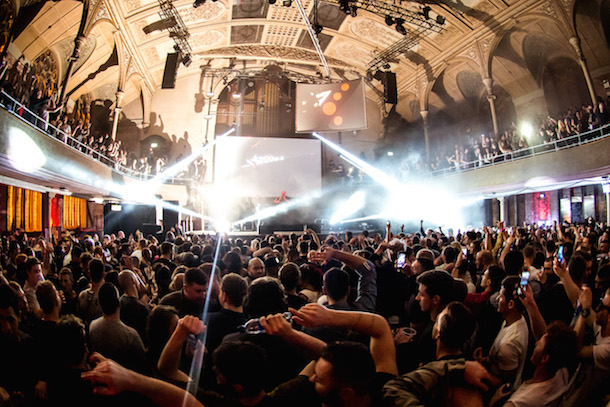 The venue is also presenting itself as a genuine contender to the Warehouse Project as Manchester’s most compelling and spectacular electronic showcase. The Transmission series – running for the first four months of this year – has pulled together some of the biggest names in dance music, with its bills boasting Steve Aoki, Dusky and Booka Shade in February alone.

And it doesn’t stop there. The 100-year-old hall is now being showcased for its potential in corporate hospitality and even weddings too. Intrigue about the place has been peaked by it taking top prize for Best Music Venue at the Manchester CityLife Awards in January. And now imagination appears to be running wild on where to take it next.

Albert Hall has risen like a phoenix from its criminally forgotten past. A building impossible to hide, but one that did so in broad daylight for too long. Far more than simply a makeshift nightclub, it has capitalised on its epic architecture and Manchester’s irresistible cultural buzz to create a venue that is as unique as it is enormous. Whether its diverse range of entertainment and live events can sustain is hard to predict, but if you were going to you may well say it will be a long time before Albert Hall is empty again.