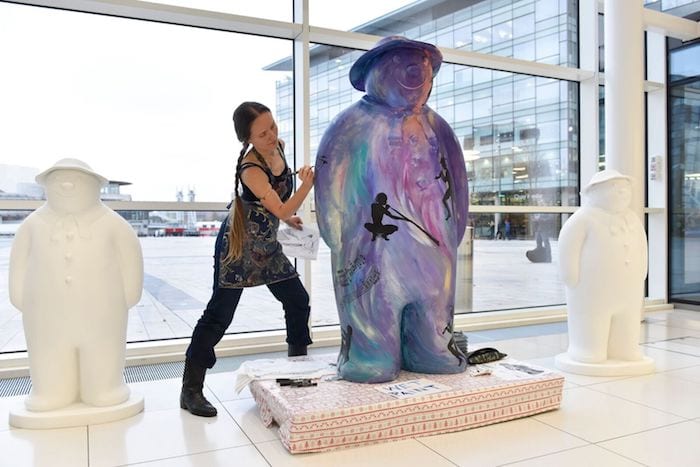 A festive sculpture trail is coming to MediaCityUK this Christmas to celebrate the 40th anniversary of Raymond Briggs’ heart-warming picture book The Snowman.

Walking with The Snowman is presented by Wild in Art, organisers of the Bee in the City art trail which captured the hearts of Manchester’s residents and visitors this summer.

The trail, which will run from 22nd November until 6th January, will feature twelve giant Snowman sculptures themed around the song The Twelve Days of Christmas. Each sculpture will be designed and decorated by one of twelve talented artists, all of whom painted a Bee for the Bee in the City trail.

There will also be a number of smaller Snowman sculptures on display inside venues around MediaCityUK, designed by local children and young people as part of an inspiring learning programme supported by Salford City Council.

“Public art works well at MediaCityUK and it’s great that the exhibition will also involve the creative skills of many local school children as well as give the site a festive feel.”

It’s the first time that a sculpture trail inspired by the nation’s favourite Christmas story has ever been created.

In early December, the sculptures will go under the hammer in an online charity auction to raise money for BBC Children in Need. Bidders will be able to buy a Snowman sculpture as a gift before Christmas, and visit it at MediaCityUK before the trail closes in January.

The Bee in the City charity auction this month raised £1,128,250 for The Lord Mayor of Manchester’s We Love MCR Charity.

“We’re thrilled to have been chosen as the charity partner for the Walking with The Snowman public art trail in the 40th anniversary of Raymond Briggs’ beloved children’s book,” said Claire Hoyle, commercial director of BBC Children in Need.

“We’re enormously grateful to Penguin Ventures and Wild in Art for their support; funds raised through the online auction will go on to make a real difference to disadvantaged children and young people right across the UK.”

The Snowman was created and illustrated by Raymond Briggs as a picture book, narrated entirely through hand-drawn illustrations and was first published in 1978. Now one of the world’s most popular picture books, it has sold in excess of 5.5 million copies globally and has been translated into 15 languages. 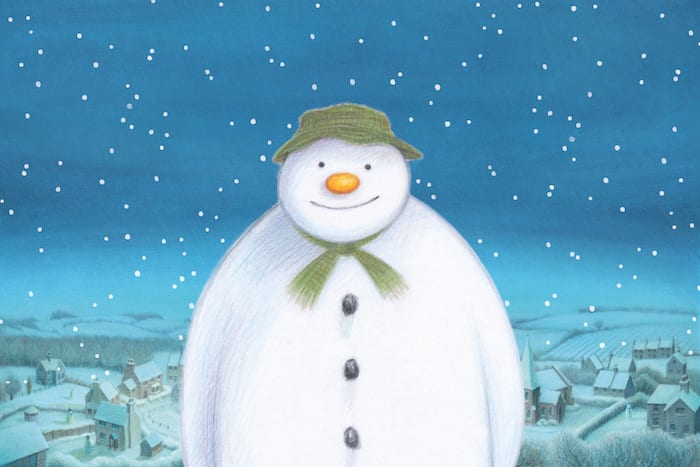 The charming book was adapted for screen by producer John Coates and was first broadcast in Channel 4’s inaugural year in 1982. The Oscar-nominated animation has been broadcast every Christmas since.

The sequel, The Snowman and The Snowdog, premiered on Channel 4 on Christmas Eve 2012 and was seen by over 10 million people.

Organisers are hoping the trail will capture the public imagination just as the Bees did.

“The Bee in the City project across the summer was extremely popular and saw thousands of visitors come to Lowry Outlet and the MediaCityUK area to follow the trail and find the bees,” said Kelly Hurst, centre manager at the Lowry Outlet.

“We are delighted to be involved with the Walking with The Snowman trail and are excited to see what designs the artists and schools will produce for the festive season.”

Walking with The Snowman festive sculpture trail will place around MediaCityUK from 22nd November 2018 – 6th January 2019.