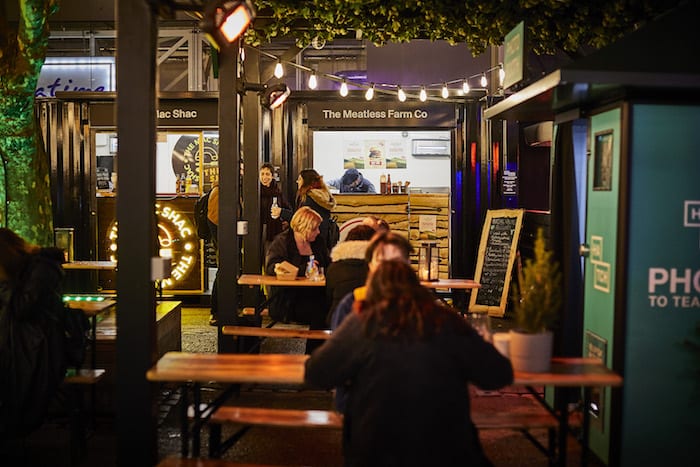 Changing the face of veggie and vegan eating in Manchester, The Meatless Farm Co arrived at quirky Oxford Road venue Hatch this month serving up delicious meat-free versions of some classic British food that are about as close to the real thing as you can get.

For those of you that haven’t yet paid a visit to Hatch, the award-winning go-to street food destination is made up of repurposed shipping containers and provides space for foodie pop-ups to showcase their products and creations.

It’s pretty fair to say that until now, meat-free options in the Manchester food scene have sometimes been a bit samey from venue to venue. But change is coming. With Veganuary taking Manchester by storm this month, we’ve seen a rise in veggie and vegan options popping up around the city. 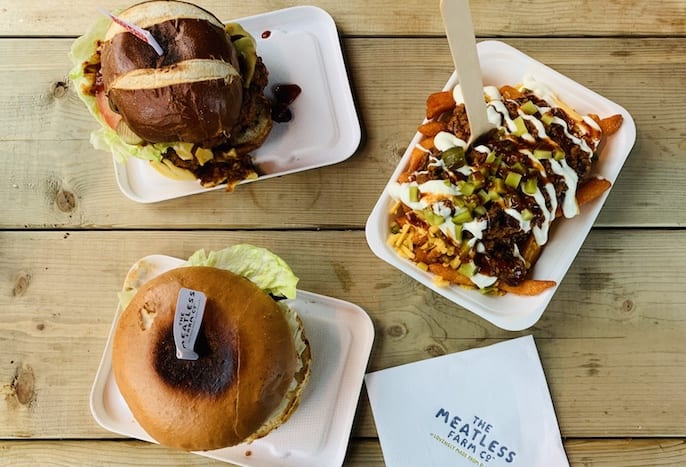 Greggs has recently launched vegan sausage rolls, while just a few months ago the first Veggie Pret outside of London opened up on Deansgate. McDonalds followed suit with their new spicy veggie wrap – and popular milkshake venue Archie’s recently announced the launch of their first ever vegan burger.

In our opinion, it’s high time veggies and vegans alike were offered the same types of foods as meat eaters. Now, thanks to the Meatless Farm Co, they are.

So how did the Meatless Farm pop-up measure up when we headed down to Hatch for a visit?

Admittedly, I’m not vegetarian or vegan. But from a meat eater’s perspective, the Meatless Farm is bringing some serious competition to Manchester – giving veggies and vegans what they really want. 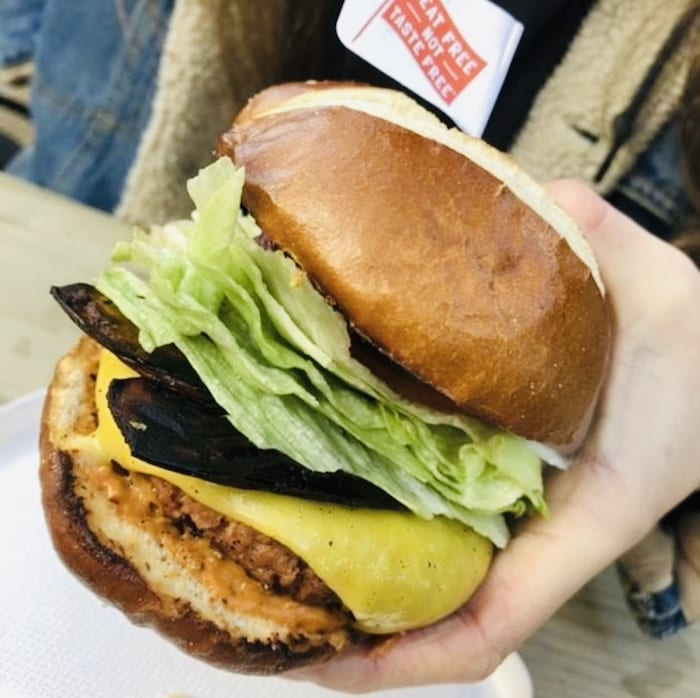 We ordered the bacon cheeseburger, which costs £5 for a quarter pound patty or £6.50 for a half pound. Being greedy we opted for the latter. The burger was served on a pretzel bun with glazed aubergine bacon, violife cheese, vegan burger dressing, lettuce, tomatoes, gherkin and sweet pickled onions.

Both contained the Meatless Farm Co’s signature meatless patty – which looks pretty much like the real deal with its pink colour and minced meat style texture. They were succulent and full of flavour, which was complemented by the homemade vegan burger dressing. 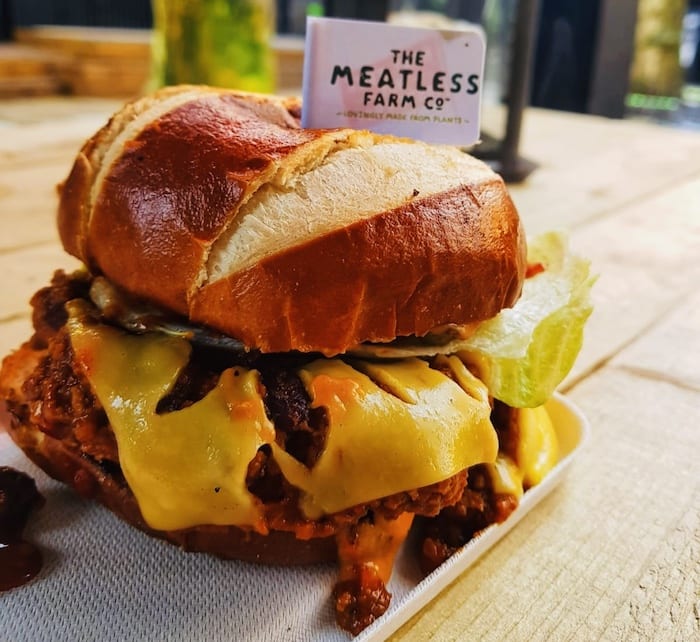 And we also ordered the loaded chilli cheese fries. Costing £6, this mouthwatering vegan creation made it near impossible to tell the difference in taste from your classic meat chilli dish. Cooked in a special spice blend, the sweet potato fries came smothered in meatless chilli, cheese, vegan garlic mayo, sweet pickled onion and gherkins.

If you’re a chilli con carne fan, you will simply love them. We were actually quite shocked at how similar in taste the meatless chilli is, and can’t wait to go back for another round of vegan loaded fries heaven.

With plans for the plant-based business to take their pop-up around major UK festivals in 2019, any festival goers that opt to stay away from meat or animal products will be happy to know that for once they’ll have a substantial veggie and vegan offering.

And all Meatless Farm Co’s burgers can be made as either vegetarian or vegan with their meatless products all wheat, nut and gluten free – the ultimate mecca for dietary requirements. 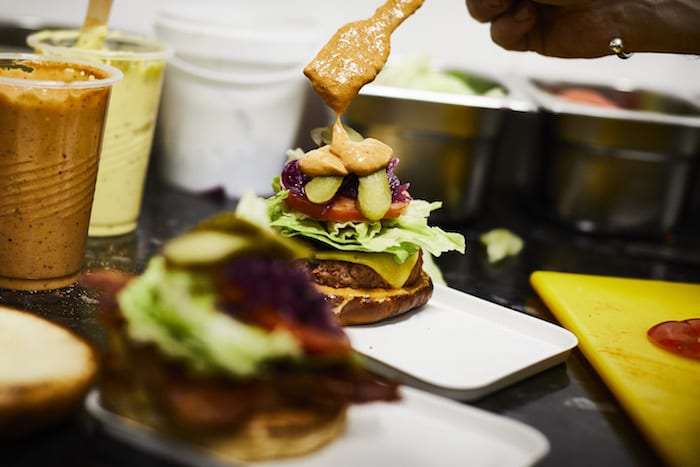 “Meat free doesn’t mean taste free, and our menu at Hatch is testament to this.

“There are a variety of dishes including our smokin’ meatless chilli, saucy meatless marinara and our signature vegan bacon and cheese burger. We’ve made sure that all dishes can be gluten free, too.”

While also improving people’s health through better eating, the Meatless Farm Co also invests in green production and recyclable packaging to help look after the environment – and both their burger and mince alternatives are now available to purchase in Sainsbury’s.