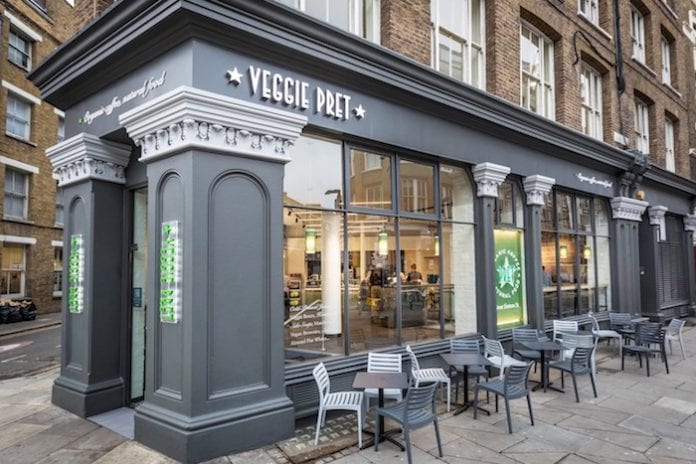 Pret A Manger will be opening the doors to its first Veggie Pret shop in Manchester in October, following hundreds of customer requests on social media asking the company to open Veggie Prets in more cities.

The first Veggie Pret to open outside of London, the Manchester branch will open next month on Deansgate. The menu will combine veggie classics with new dishes.

“When we asked customers on social media where they’d like to see the next Veggie Pret, Manchester was the top request,” said Hannah Dolan, head of food development at Pret.

“We’re delighted to be able to reveal today that the city is our next location. Veggie Pret is still growing and the future is looking as green as ever. We want customers to keep telling us what they think – and where they’d like to see Veggie Pret next.”

There are currently three branches of Veggie Pret in London, and the brand is expanding. 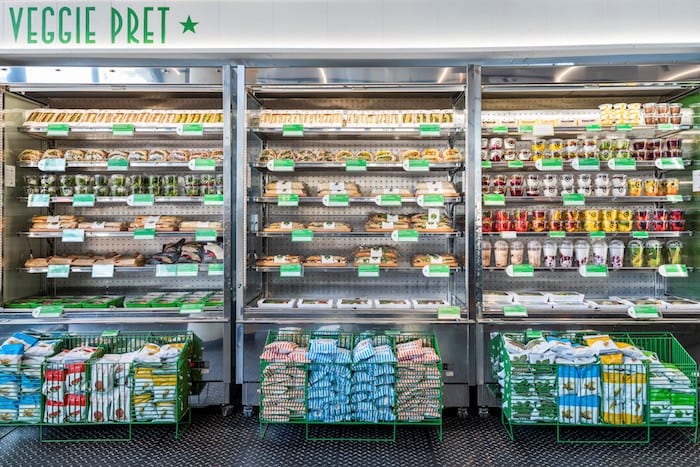 A few years ago, Pret’s CEO, Clive Schlee, started talking about vegetarian food on his blog as he had noticed sales of vegetarian and vegan food growing. The feedback was overwhelming.

Over 10,000 people voted, with customers asking for veggie recipes that could be enjoyed by everybody, and so Pret opened its first veggie shop in Soho in London the following June.

The Soho Veggie Pret was meant to be a pop-up but it quickly became a permanent shop due to its success. Two more opened in London in 2017 and now a fourth will open in Manchester next month.

The Veggie Pret concept has also inspired Pret to launch more vegetarian and vegan dishes in all Pret shops.

More than half of the range of sandwiches and salads in regular Pret shops were vegetarian or vegan in 2017, and Pret’s vegan sweet treats (such as the vegan dark chocolate and almond butter cookie) are some of the company’s bestselling products.

New vegetarian dishes in Veggie Pret Manchester will include a spicy halloumi and chargrilled peppers toasted baguette with spicy chipotle ketchup, a dollop of red tapenade, charred corn and black bean salsa and fresh coriander (£4.75); and butternut and cauliflower gratin – chunks of butternut squash, cauliflower florets and shredded kale coated with béchamel sauce, finished with Italian cheese and a sprinkling of breadcrumbs (£5.25).

There will also be a classic breakfast omelette of mushrooms, tomato and mature Cheddar cheese, served with a handful of baby leaf spinach and a twist of seasoning (£3.50); and a baked egg white omelette with creamy diced feta, fresh red pepper slices, spinach, rich Italian cheese and a touch of seasoning (£3.50).

For vegans, dishes include vegan mac & greens – a warming, comforting mac & cheese with tubetti rigati pasta and cauliflower florets, vegan béchamel sauce, spinach, parsley, a sprinkling of breadcrumbs and a drizzle of olive oil and rapeseed oil (£5.50); and a spicy chakalaka bean wrap with red pepper, roasted butternut squash and baby spinach, finished with a dollop of dairy-free coconut yoghurt (£2.99).

To celebrate the Manchester opening, the new veggie and vegan menu will launch across all four Veggie Pret shops.

Veggie Pret will open at 79-81 Deansgate this October.