A crash introduction to Manchester for the new kids on the block... 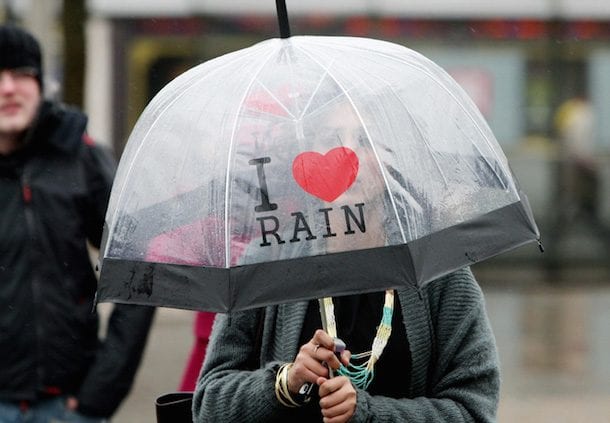 Manchester is a fantastic city filled with clubs, music, food festivals and just about every form of entertainment imaginable. Freshers week will be here soon, which means that there will be thousands of new students joining us in Salford, Man Met and Manchester University from all over the country and overseas. We know that living in a new city can be a stressful and confusing experience, so to make things a little easier here’s freshers veteran Elliot Garlick’s introduction to Manchester…

“Fish, chips and
gravy is delicious.
Deal with it.”

To start us off, here’s a list of the more common phrases you may encounter during your stay.

‘Ave it’– a celebratory remark. ‘Get in’ or ‘belter’ are also acceptable.

‘Hard’– tough or dangerous. Warning; if someone asks if you’re hard (or ‘well ‘ard’), they probably want to fight you.

‘Dinner’ – a meal eaten at lunchtime.

‘Mate/Pal/Cock/Love/Flower/Mucker’– terms of endearment. Not as insulting as they sound.

‘Snide’– counterfeit or mean. For example, ‘Mate, she looks like Shrek after a house fire’ ‘Don’t be snide!’

‘Mardy, Mard Arse’ – a sore loser. Someone who sulks.

Rain. Lots and lots of rain.

Manchester has its own unique forecast. Rain. It may not be the wettest place in the country (apparently it comes in eighth), but it often feels like it is.

The moment that thermometers hit double figures (probably sometime in May or June), off come men’s shirts. If the sun is visible, be prepared for beer guts, backward caps and hairy man nipples, particularly in the Piccadilly Gardens area.

Bus etiquette – Always thank the bus driver as you leave the bus even if thirty other people in front of you have done the same.

Queueing – No one cares how busy or late you are. Get to the back of the line and wait like everyone else.

Holding the door – This is not about chivalry. If there is someone behind you, it’s polite to avoid hitting them in the face with the door

Tea – Mancunians like a brew and the kettle is constantly on in our homes, so always make sure you have plenty of teabags and milk ready for your guests. 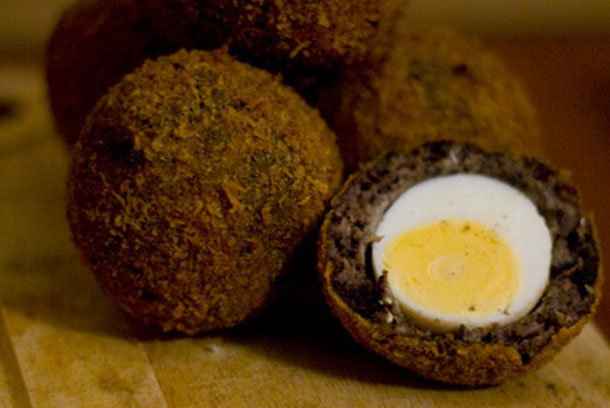 Black Pudding – Usually connected with Bury markets, these are long sausages made by boiling pig blood and oats together. Tastes much better than it sounds.

Barms – Also called cobs/rolls/muffins and a dangerous topic for conversation. It’s a bread bun that you slice in half to make bacon butties with.

Manchester Tart – A simple shortcrust tart made with raspberry jam and custard. No jokes about the name, please.

The Manchester Egg – Invented by Mr Ben Holden. A pickled egg wrapped in black pudding and sausage meat coated in a golden crumb. Give it a try. Everyone seems to like them.

Vimto – The purple nectar. For those hungover days.

Ostrich Burgers – Although ostrich is by no means a local species, you can’t live in Manchester without trying the outdoor food market, the highlight of which for me is the Safari Grill, a company who provide loads of different meats including ostrich, kangaroo and zebra.

Fish, chips and mushy peas with gravy – Now we know this makes our southern friends uncomfortable, but you have to face facts. Fish, chips and gravy is delicious. Deal with it. 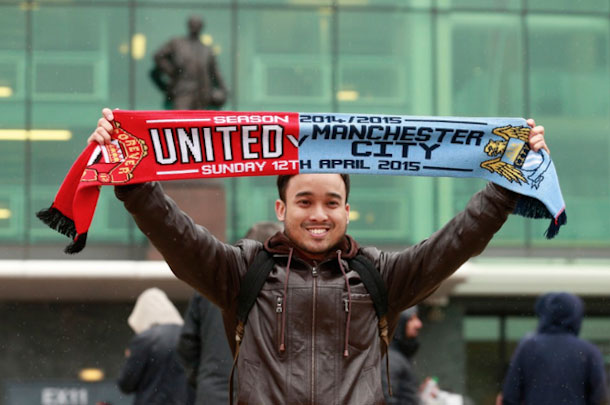 It’s no secret that Manchester loves football. It’s home to two of the world’s biggest teams and one of its fiercest rivalries, so if you live here then you’d better get used to match days. This means three things- bursting trams on match days, foreigners asking for directions and old men trying to sell you scarves with weirdly pixellated pictures of player’s faces. 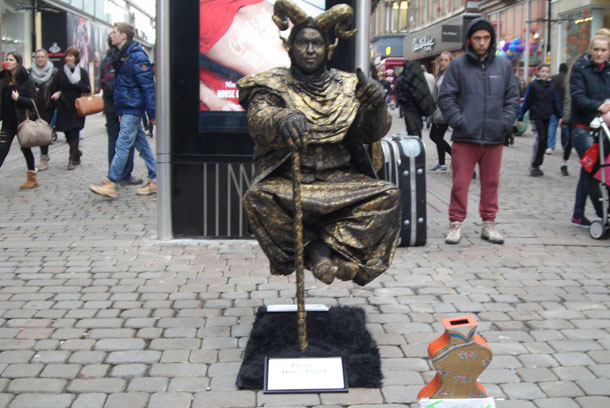 If it’s your first time in the city, you’ll learn that all human life is on Market Street- the fruit and veg man who’ll sell you two punnets of strawberries for a pound, the guys trying to unload balloons that I have never seen anyone buy, chuggers, living statues, street artists and the occasional woman trying to sell ‘lucky’ heather wrapped in tinfoil. Not to mention cyclists and Jehovah’s Witnesses. Eventually, all of these combine to change your afternoon from a relaxing shopping experience to some satanic version of Total Wipeout.

The Death of H

While this is more of a northern thing than something specific to Manchester, southerners are often confused to learn that the letter H is often missing in action. Old-school Mancunians will go up or down t’shop, t’garage and t’pub.

We love Manchester, and we hope that you will as well. You’ll have a great time in our city and make a lot of new friends. However, if you’re a southerner and want to keep those friends, avoid the following words;

If experience is anything to go by, a civil war will start when a southerner laughs at a northerner saying ‘grass’. We do not react well. 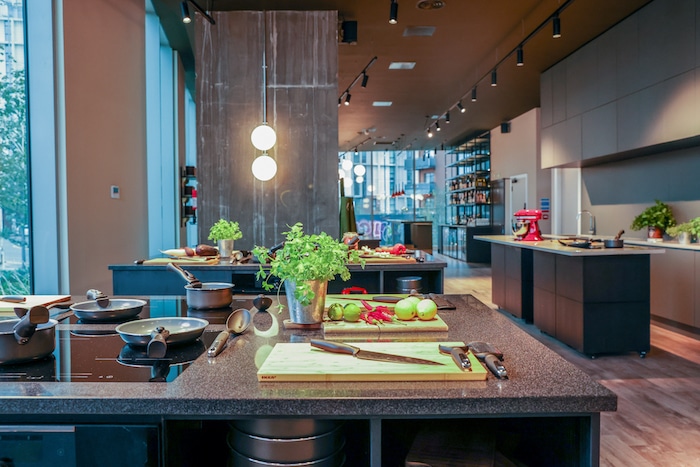