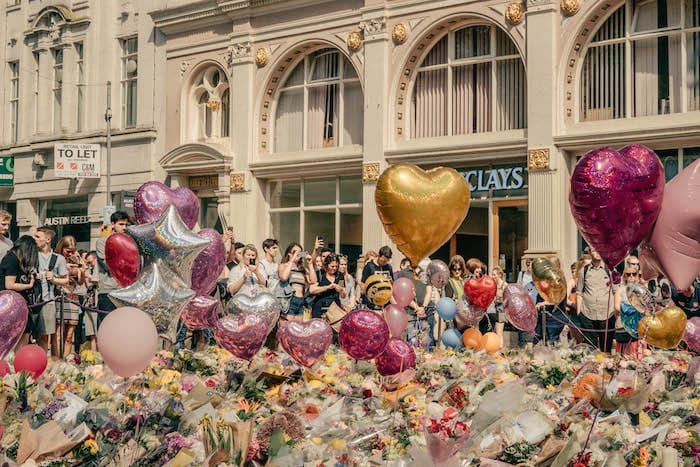 It’s safe to say there’s no love lost between Manchester’s big two football clubs and their fans, especially when they play each other. But once in a blue moon something happens which transcends local rivalries and brings Reds and Blues together.

Under the banner of #ACityUnited, Manchester United and Manchester City are donating £1 million to the We Love Manchester Emergency Fund which has been set up to help the victims and families of the 22 people who died in the terrorist atrocity at the Arena and the 64 people who were injured, many of them critically.

The fund, which is being run in partnership with the British Red Cross, has swelled to £2million in the past 24 hours, and includes Manchester Evening News’ #westandtogether crowdfunded campaign which had already raised £1million thanks to the generosity of  people from all over the world.

With the £1m donated by the clubs, this takes the total raised beyond £4million – no mean feat in just three days.

“We have all been humbled by the strength and solidarity shown by the people of Manchester in the days since the attack,” said City chairman Khaldoon Al Mubarak.

#MUFC and Man City have come together to pledge £1 million to the We Love Manchester Emergency Fund: https://t.co/0djf4nwBcd #ACityUnited pic.twitter.com/W6ttah2rwx

“The hope of both our clubs is that our donation will go some small way to alleviate the daunting challenges faced by those directly affected and that our acting together will serve as a symbol to the world of the unbreakable strength of the spirit of Manchester.”

Sports stars, celebrities, members of the public and businesses have all responded to the call for funds to help alleviate suffering and ensure that victims and their families do not face short-term financial difficulties.

New Lord Mayor of Manchester Eddy Newman said: “We are incredibly grateful to everyone who has generously supported the We Love Manchester Emergency Fund. The money raised through your donations will make a real difference to those who have been affected by this horrific attack. The magnificent support received so far shows just how strongly the world stands united with the city of Manchester at this difficult time.”

Mike Adamson, chief executive of the British Red Cross, said: “We have been moved by the compassionate response to this appeal for victims and their families. People from communities across the U.K. and right around the world are showing their solidarity by donating. The money raised will contribute to those affected by this terrible attack getting the help that they need today, tomorrow and into the future”.

There was a minute’s silence and both teams wore black armbands at last night’s UEFA Europe League final between United and Ajax. Manchester City Women’s team will do the same in their match against Chelsea Ladies FC at the Academy Stadium this evening.

All proceeds from sales of I Love Manchester merchandise are being donated to the Emergency Fund.