This summer, you can watch your favourite blockbuster movies under the stars in the glorious grounds of Tatton Park.

The historic estate, which features a medieval hall and neoclassical mansion set amid landscaped grounds, gardens, and a deer park, will play host to a three-night festival of film in August.

On the bill are recent smash hits A Star Is Born, Mamma Mia! Here We Go Again and Bohemian Rhapsody, all shown on a giant screen surrounded by woodland near Tatton’s old stableyard.

Film fans can order pre-show drinks from the Luna Bar, serving everything from beer to bubbles, and snacks such as eco-friendly boxes of Comté, Bath Blue and Perl Wen from The Cheese Geek.

The festival is part of a wider campaign called Moons, Movies & Memory Making, part of Cheshire: Where Science Meets Nature, with special events across Cheshire this summer. 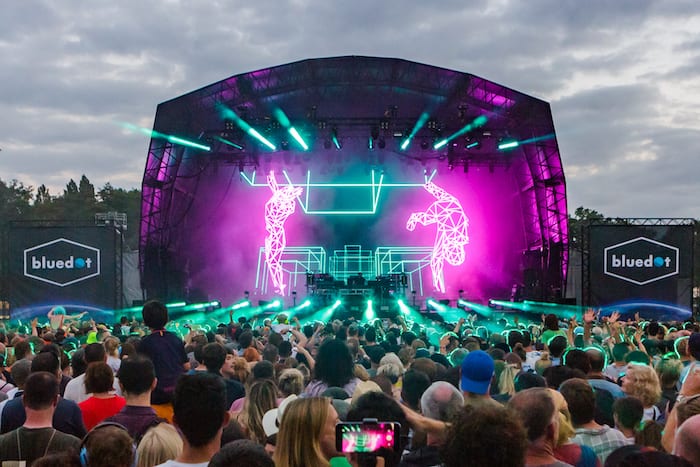 You can explore the fusion of cosmic sound and vision at Luke Jerram’s Museum of the Moon in Warrington, and see a rainbow of illuminations light up a dark winter’s night at Lumen in Crewe.

And perhaps the most high-profile of the events is the bluedot festival this weekend, featuring a stellar line-up from the worlds of music, science and cosmic culture on the plain beneath the great white dish of the Lovell Telescope to celebrate the 50th anniversary of the lunar landings.

Featuring headliners Kraftwerk, New Order and Hot Chip alongside a science and arts bill that includes luminaries such as Britain’s first astronaut Helen Sharman, only a few tickets are still available for the fourth edition of the unique festival.