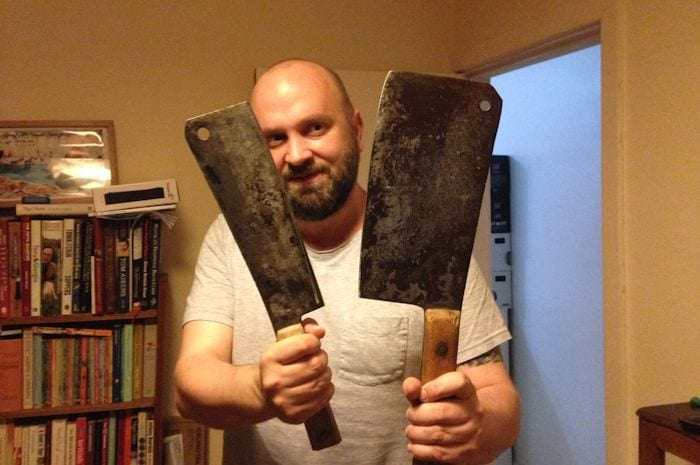 Question. What’s the perfect halfway point between eating out at a fancy place and ambitious home cooking?  If your answer is Deliveroo, try again. The answer is undoubtedly supper clubs. Often taking place in chefs’ homes or selected venues, supper clubs allow foodies to taste some amazing food that it isn’t practical to cook night after night in a restaurant.

Iain Devine aka The Drunken Butcher is one of the most respected and celebrated hosts on the supper club circuit. He’s also not short of an opinion or two as you can see from our interview with him here

But if, despite an abundance of social media adorers, you are still sceptical as to whether supper clubs are for you,  here’s a guide to our two nights at The Drunken Butcher’s gaff. 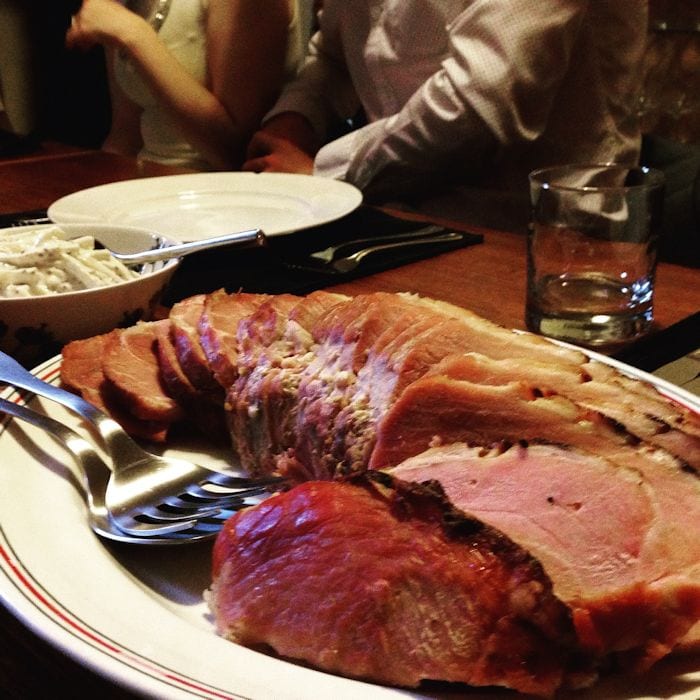 Bring Your Own Booze

Simple. Cooking in his own home means Iain doesn’t have an alcohol license but if anything that’s a good thing. This means you’re in control of how much you want to drink, how much you want to spend and, of course, if your tipple isn’t wine or beer, you can suit yourself. It’s worth consulting the experts when it comes to food and drink pairing so nip into your local, independent store, show them the menu, they’ll do the rest.

One tweet can’t describe the food and drink here, no better in MCR @drunkenbutcher (wine from @OddbinsChorlton) pic.twitter.com/a9oEMObRCt

Don’t Eat Before You Go

Breakfast? Maybe. Lunch? Be very, very careful. The portions here are so humungous that many people bring Tupperware due to the mountains of glorious food produced. But you really want to leave as much room as possible for the goodness. *Pro-tip: Don’t go in for thirds on the starter. You’ll regret it later.

Don’t Worry If You’re Going on Your Own

While it is nice to go along with a friend to ease the pressure, you couldn’t find yourself in friendlier surroundings. Iain and his helpers are very welcoming, offering cocktails on arrivals so all nerves will be put to rest instantly. As for the other guests, yes, it could be hit or miss, but you’re more than likely to find like-minded foodies who are there for a good time. For this point, over to Iain: “I think my name and Twitter presence lets people know it’s going to be informal. I hate wearing ties and long sleeved shirts, and I don’t want my guests to feel that they have to be formal.”

Iain’s collection of cookbooks and other extracurricular material are extraordinary. By all means ask to have a look at his Sopranos Family Cookbook (as compiled by Artie Bucco) but don’t be thinking of taking them without permission. You might have to deal with the below if you do.

Don’t Try To Move In

The two nights I’ve spent at The Drunken Butchers have been incredible. I’ve eaten the best burger ever, enjoyed the best fried chicken ever and experienced heaven in the form of a bourbon milkshake – all for an astonishingly reasonable fee. Naturally, I want him to cook all my meals but unfortunately he has a wife, and a job, and things to do, so you’ll just have to keep an eye out for his other supper clubs.