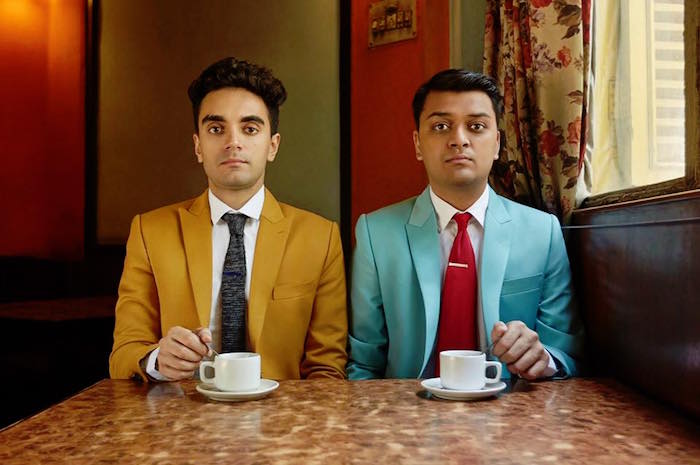 Even the casual music fan would recognise Manchester’s rich musical tapestry – a sonic melting pot of musical innovators and new talent taking that meteoric leap into the music industry. The city is alive with its own eco-system of live music venues showcasing every genre. With this in mind, we’ve gathered together five stand out gigs not to be missed this summer. And we’ve even thrown in a festival for you.

The Comet is Coming

When: 5 May
Where: Soup Kitchen

Don’t miss out on a pre-summer gig from Mercury prize nominees The Comet is Coming. Best described as an intergalactic melding of cosmic psyche-jazz, this London-based trio’s star is only set to rise. Pardon the pun.

Lavished with critical acclaim for Channel the Spirits, the band will follow up with a second album this year. An explosion of tribal rhythms, ground-shaking reverb and funky jazz saxophones make for an out of this world live experience.

Expect vivacious dance moves and hip-snapping beats when they headline Soup Kitchen on May 5.

When: 12 May
Where: Sound Control

Liverpool-bred outfit Clean Cut Kid are still riding the wave of a musically auspicious start. With infectious debut tracks Vitamin C and We Used to be in Love rapturously received by fans, the quartet create lyrics that deal with heartbreak, yet at the same time, retain hopefulness about moving on.

Formed of husband and wife duo Mike and Evelyn Halls, along with bassist Saul Godman and drummer Ross Higginson, the four-piece are slowly making a name for themselves in music circles, with mainstream success seemingly imminent.

Catch them at Sound Control in May for an electric evening of unbearably catchy riffs and dynamic drumbeats. 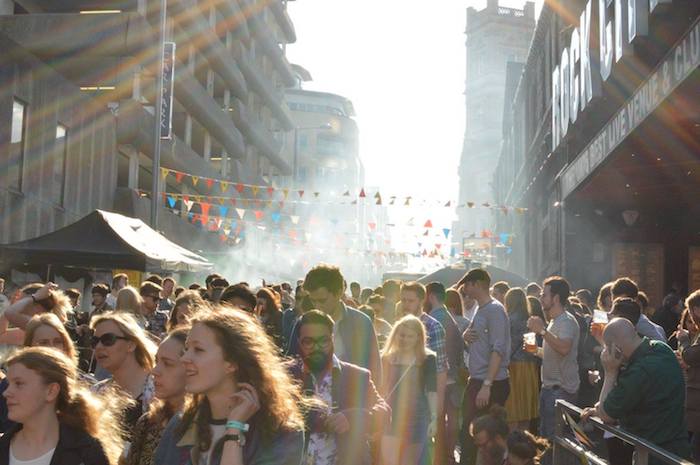 When: 26 May
Where: Various venues

Returning for its twelfth edition, Dot to Dot Festival returns with a stellar line up committed to unearthing the cream of talent leading the local music scene.

Across the 26-28 May Weekend, Dot to Dot will be staged across a multitude of venues in Manchester, Bristol and Nottingham. Confirmed acts so far include Sundara Karma, Louis Berry and Honeyblood.

Previous line-ups have featured The xx, Ed Sheeran, The 1975 and Wolf, so if you like keeping your finger on the pulse of tomorrow’s talent today, Dot to Dot Festival is the one for you. 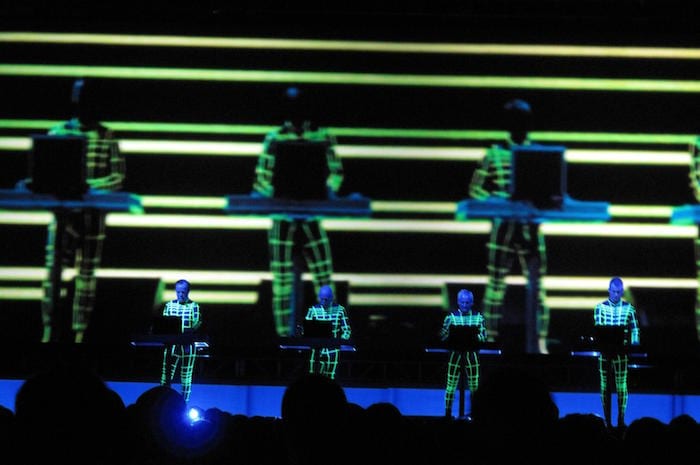 When: 19 June
Where: Bridgewater Hall

The German electronic pioneers hit Manchester in June as part of their 13-date 3D tour, and we’re hedging our bets on it being one of the most talked about live shows of the year.

Innovating synthetic sounds since the 1970s, Kraftwerk have been highly influential in shaping the sound of contemporary pop music. The four-piece remain relevant today by harnessing modern technology in their live sets, making for a visually and musically compelling spectacle.

Sadly, this one is already sold out, but for those who have tickets, expect razor-sharp sounds and alluring visual aesthetics.

Saying goodbye after an illustrious fourteen-year run, The Maccabees will play a two-date residency at Manchester Apollo this June.

Since their debut back in 2004, the quintet paved a reputation that propelled them from well-respected indie favourites to one of Britain’s leading musical exports. With four successful albums, festival headline slots, and a Mercury prize to their name, the band announced their split last August.

Sailing the indie-landfill years of the mid noughties, their fan community has soared with each subsequent album release. Speaking about their farewell tour, the five-piece promise “a huge celebration, thank you and goodbye to 14 years of writing, recording, playing and touring together.” We can’t wait.

When: 4 & 5 July
Where: Manchester Arena

Set to be a highlight of the 2017 music calendar, Radiohead take to the stage at Manchester Arena.

Their ninth album release A Moon Shaped Pool signals a move away from their trademark existential angst.

The multi-award winning band haven’t played in Manchester since 2012, and if that sell-out Roundhouse gig is anything to go by, ticket-holders are in for a real treat.

Quite rightly, the band have a strict no ticket resale policy, so all gig-goers must provide valid ID on entry.