Because there's only one Ricky Hatton. 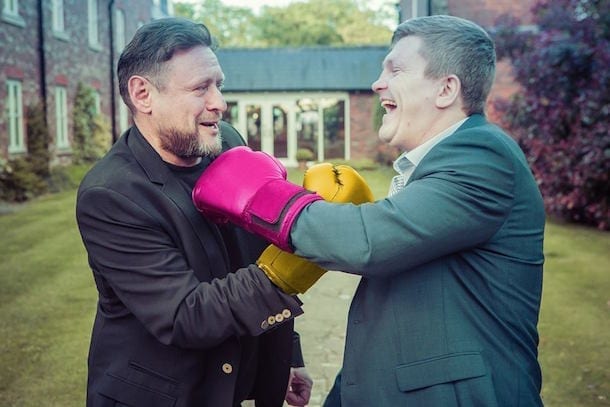 On the 4th June 2005, Ricky Hatton enjoyed his greatest triumph against Australian Kostya Tszyu in Manchester.

A night that will be forever remembered not just in boxing history for fight fans, but for all sport fans, too.

It’s almost 10-years ago to the day since Ricky Hatton famously defeated Kostya Tszyu to win the IBF light-welterweight title at the M.E.N. Arena.

Australian Kostya Tszyu, who at the time was recognised as one of the best pound-for-pound fighters in the world and a fighter who had dominated his weight division for years, bailed out at the end of the 11th round.

Irrepressible Hatton had flogged him to the point Kostya, a 35-year-old father of three, could withstand no more suffering.

The arena erupted as an exhausted Hatton collapsed to the floor in tears.

So, exactly ten years on to the day, we recorded an interview with the man himself, courtesy Hatton Boxing, to share is ode to Manchester.

So, Rick, it’s almost ten years since the Kostya Tszyu fight; do you ever wonder where the years have gone?

Not really, to be honest with you. It’s ten years since Manchester’s greatest boxing night. The city’s had some wonderful boxers and boxing nights over the years but, arguably, this has got to have been the best. Number two pound-for-pound versus the undisputed recognised welterweight champion of the world – one of the best fighters of our time. Fighters such as Kostya don’t come to our shores to often, so for a Mancunian to fight him in Manchester – I couldn’t have written that script any better. If it’s one of Britain’s greatest ever boxing night’s, that makes me so proud. He quit on his stools after eleven rounds and believe me I wasn’t far behind him. It was the crowd, the roar, and they dragged me through it; we did it together that night.

My way of saying thank you and raising some money for charity – I’m a patron for Barnabus and Genesis – is to celebrate with a party. To give something back to all those people who supported me.

Some of the best nights of my career were in Las Vegas. So many fans followed me and with their own stories – like when Oasis carried my belt into the ring. We made Vegas our own. So, we’re celebrating the Kostya Tszyu victory with a Las Vegas themed party in Manchester.

Expect trapeze artists over the dance floor, all the boxing community’s coming and celebrities including Shean Ryder (pictured). Hopefully it will be an ongoing thing – if people enjoy it that much – you know what I’m like, I’ll do it every year.

The 4th June 2005 was of the proudest moments of my career and I want to share memories with those involved. Boxing fans, my family, my mates, the boxing board and the British public in general. Another night to remember.

Ricky invites all of Manchester, the best fans in the world, to come and party with him and celebrate the anniversary of beating Kostya Tszyu to win the world title 10 years ago. The ‘party of all parties’ to celebrate the ‘fight of all fights’

Book your tickets now at: www.hattonboxing.com/buy-tickets