There have been many proposed buildings in Manchester’s recent history which would have transformed the city, had they not been suspended or cancelled altogether. However, some are currently underway – the largest of which include: 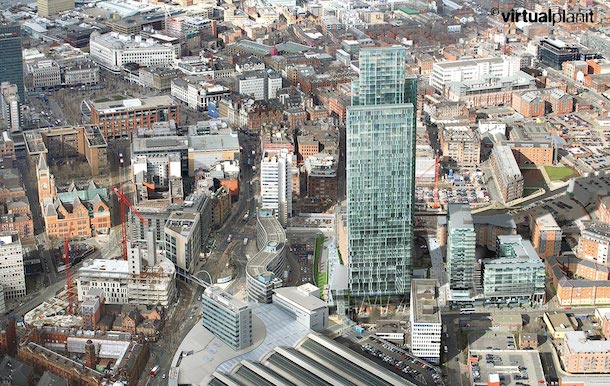 At 188 metres and a cost of approximately £220 million, this skyscraper would be take the record of Manchester’s tallest building away from Beetham Tower. Its creation has currently been put on hold due to the recession, however, there are plans to begin again when the economy stabilises.

If Piccadilly Tower is constructed, then it’s entirely likely that other skyscrapers will alter the Manchester skyline. 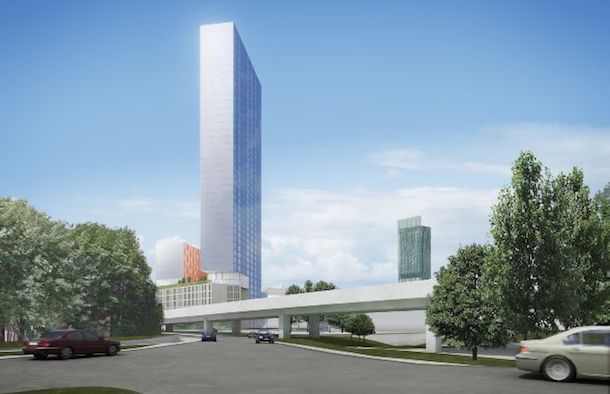 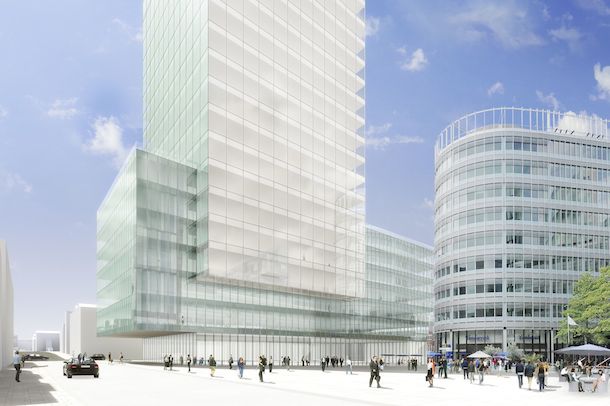 First proposed in 2004, this £90 million development will dominate the Spinningfields district. Set to provide 343,000 square feet of high quality serviced office space over 19 floors, the building will highlights the up-and-coming business/entertainment district. The project is expected to be finished in 2017.

Whilst many of the largest scale projects have either been postponed, scaled back or cancelled altogether, the skyline of Manchester is once again thick with tower cranes – something not seen on such a scale since before the recession. This serves as an indicator that the city is once again on the up and confidence to invest has been restored.

Nevertheless, the future of this building is very uncertain. The site was bought in 2011, but the concrete structure has remained derelict ever since. It’s widely believed that Chelmer Developments will demolish and start the project over again in the near future.