Sequestered in the vaults beneath Bolton’s market place is a new dessert shop that has been causing quite a stir amongst locals.

It’s doing Hungarian street food with a twist – taking the sweet pastry known as a chimney cake, turning it into cones, and filling them with ice cream before covering them in elaborate toppings.

The most outrageous of the bunch? The ’24K’ – an indulgent monster of a creation covered in REAL 24-carat gold pieces. 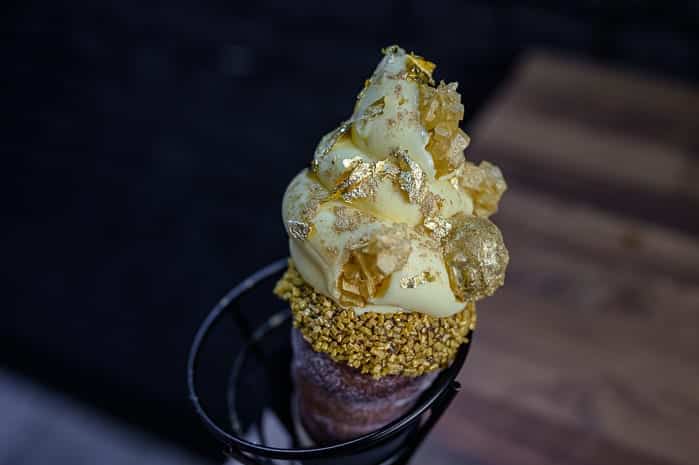 But that’s not all. It’s also layered with real gold foil and topped with gold flakes to complete the effect.

At £24 a pop, it’s the most expensive chimney cone in the shop. But the price doesn’t seem to be putting people off – rather they’re lining up in their droves on weekends to get their hands on one of the sweet treats.

Prefer silver? They’ve got one for that too, and for half the price. Switch out gold-dusted Ferrero Rocher for silver-dusted Rondoir and Maltesers and save a pretty penny whilst you’re at it.

Using a 100-year-old family recipe, owner Liviu Cadar prepares all the dough himself. It’s then cut into strips, brushed in oil and sugar then wound onto wooden cylinders before being baked to crisp, golden perfection in a special rotisserie oven.

Born and raised in the heart of Transylvania, he has fond memories of eating his grandmother’s cones as a child and munching them on trips from Romania to Hungary with his dad growing up. 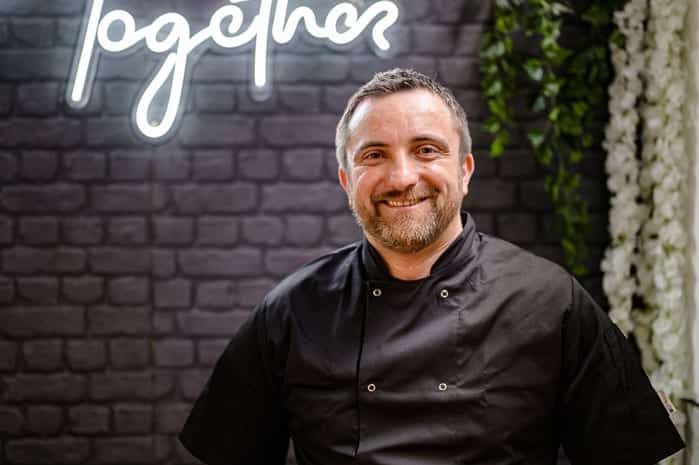 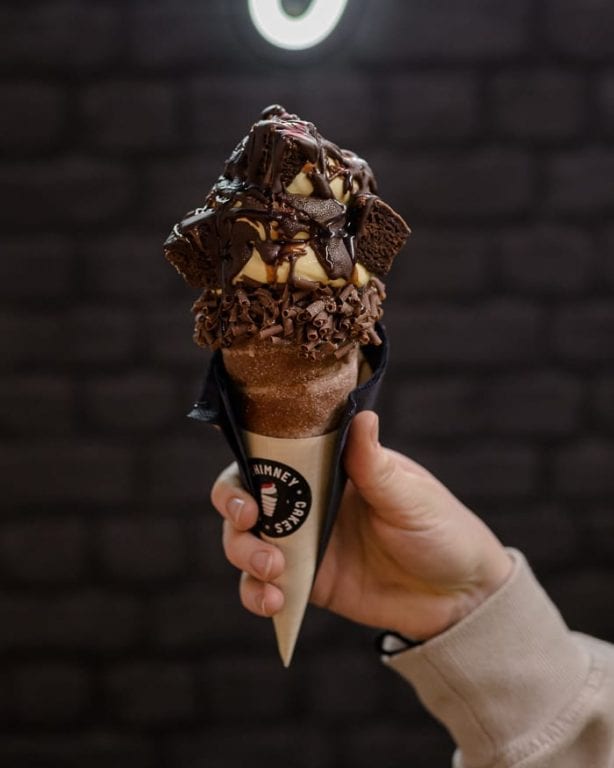 Sound a bit too much for you? Well, then you’ll be happy to hear that alongside these supersized creations Cadar’s Chimney Cakes also serve up a traditional Eastern European take on the delicacy.

Known as a ‘Kürtöskalác’ in Hungary or Romania and a ‘Trdelník’ in Czech, the cakes date all the way back to the 14th century and are typically served warm from the oven rolled in cinnamon.

Crunchy on the outside but soft and fluffy on the inside, steam cascades from the top as they’re knocked off – giving that chimney effect.

Additional toppings like chopped nuts, vanilla sugar and cocoa powder are available, as are a selection of chocolate dips and ice cream pots. These, our Hungarian photographer tells us, are the real deal.