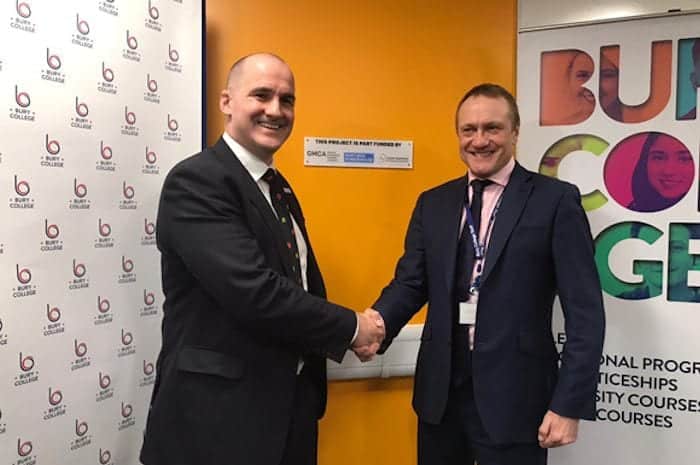 2020 will be the year of the Northern Powerhouse, government minister Jake Berry has pledged.

The start of the new decade marked “a bold new era for the north west”, Mr Berry said on his first visit to the region since the Tories’ election victory last month.

The Northern Powerhouse minister said: “The new government under prime minister Boris Johnson’s leadership will build on our record investment and devolution to create an even stronger north.”

His remarks, coupled with recent speeches in Greater Manchester by both Mr Johnson and chancellor of the exchequer Sajid Javid – who promised “an infrastructure revolution” in the north – have fuelled optimism that the region’s shambolic public transport network will at last see major investment.

A spokeswoman for Transport for the North said: “It’s quite clear over the last few months that the north has moved higher up the national agenda then ever before.

“We need to see what comes out of the budget in March but we are optimistic and we have a right to be optimistic.”

When Transport for the North launched Northern Powerhouse Rail to improve connectivity and unlock opportunity across the north, the initiative was touted as the region’s “single biggest transport investment since the Industrial Revolution”.

But in June 2017, Chris Grayling, then transport secretary, claimed that electrifying the Manchester–Leeds line, described by his predecessor as “at the heart of the Northern Powerhouse” – was unnecessary.

At the same time he kicked plans to upgrade through platforms at Manchester Piccadilly station – to accommodate eight trains an hour – into the long grass.

But last week, political and transport leaders across the north agreed that the Piccadilly upgrade – which could cost up to £800 million – should be a top priority because delays caused by the bottleneck there had a knock-on affect across the entire region.

Despite the stinging criticism of Northern Railways and TransPennine Express – with demands to strip the former of its franchise – voiced by political bosses from across the region, a report to the Transport for the North board revealed that not all of the issues were of the train operating companies’ making.

It said that current infrastructure in central Manchester “does not support all the services that have been committed in the Northern franchise”.

This means that some train services that have been contracted in the current franchises are not able to operate; and services that do run have far lower reliability than is required, both in Manchester and across the north of England.

The paper added that Network Rail had concluded that with no single solution to cross-Manchester congestion, “the strategic choices are: investment in the infrastructure; some reduction to the train service; or accept the very poor reliability that is a consequence of using the existing infrastructure so intensively”.

Rail minister Chris Heaton-Harris indicated that his boss, transport secretary Grant Shapps, understood the need for investment in the Manchester bottleneck that was delaying trains and that a decision on running the Northern franchise was a matter of weeks away.