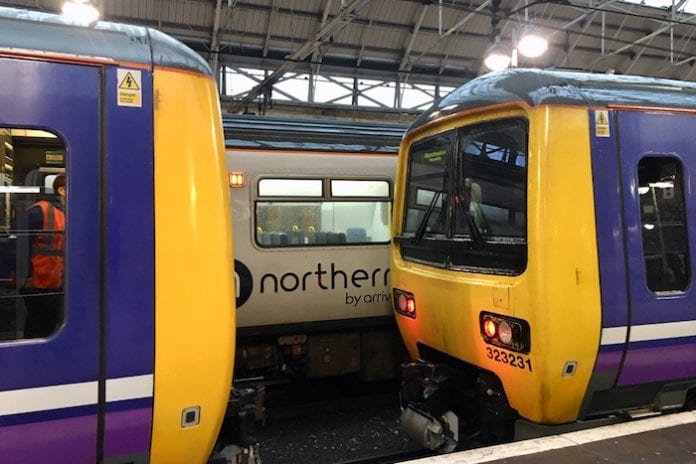 Leading politicians from across the north of England have demanded that the government fix the worst rail bottleneck in the country – the congested route through Manchester’s Piccadilly and Oxford Road stations.

Despite the dressing down meted out to bosses of the region’s two main train operators – Northern is on the brink of being stripped of its franchise – there is an acceptance that major infrastructure problems in Manchester would continue to cause disruption whoever is running the railway.

Greater Manchester mayor Andy Burnham told a Transport for the North board meeting in Leeds yesterday that long-promised upgrades to the Manchester stations were “absolutely essential”.

And city leaders from Liverpool to Newcastle accepted that the Manchester bottleneck was causing delays to services in the whole of the north of England.

Mr Burnham told the board meeting that upgrades to Manchester stations were “crucial” as the rail “pinch points” in the city caused challenges to the whole of the north of England including Liverpool to Leeds and Darlington.

Expansion plans for rail infrastructure in Manchester are estimated to cost between £700m and £800m. They were sidelined by former transport secretary Chris Grayling two days before he gave the green light to Crossrail 2 in London.

Other northern leaders spoke out in support of the improvements.

“The bottleneck in Manchester is causing huge decline in reliability in services right across the north,” Nick Forbes, the leader of Newcastle City Council told the meeting.

“We are working really hard with industry partners to get some of these things over the line.”

Mr Burnham later tweeted: “Productive day @Transport4North: (1) unanimous support for the building of platforms 15/15 at Piccadilly; (2) agreement to set a public deadline for @TPExpress Trains to improve; (3) direct call on the Government to act without delay in terminating @northernassist franchise.

The rail minister told the meeting to expect a “significant change very soon” in response to criticism of Northern rail.

He added: “We are doing what we need to do legally to make sure we deliver the right decision for passengers and people who work on these railways going forward.”

Meanwhile Boris Johnson revealed in the House of Commons during Prime Minister’s Questions that the government is looking at reforming the nationwide franchise system amid ongoing anger at high ticket prices in return for poor services.

Transport secretary Grant Shapps is expected to announce that Northern has officially breached its agreement with the government –and could now be brought under the control of ministers.

Mr Johnson responded to a call to commit to stripping Northern of their franchise,
devolving the power and the money to the regions so that local people have the power over their local transport.

He said: “We are developing contingency plans for a replacement for Northern Rail.  But what we are also doing [is] looking at the whole way the franchising system operates.

The Daily Mail reported a Downing Street source as saying: “The PM is pretty agitated about rail and the poor service people are getting in some parts of the country, whether it’s Northern rail, TransPennine or whoever. We are going to sort it out.”

TransPennine Express announced this week it would issue refunds to season ticket holders after its recent performance was described as “completely unacceptable” by the Department for Transport (DfT).

The operator cancelled dozens of services this month and Mr Burnham said: “For TransPennine, it’s kind of last-chance saloon.”

Office of Rail and Road figures show just 56 per cent of Northern trains arrived at stations within one minute of the timetable in the 12 months to December 7, compared with the average across Britain of 65 per cent.