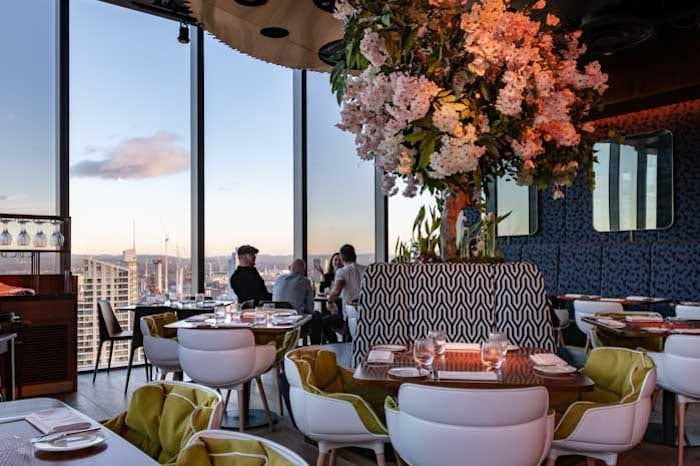 Unlike a leisurely weekend or evening, when you’ve got time to linger, there are several things you want from a weekday lunch. Whether it’s a working lunch, a business meeting or a quick catch-up with friends, you want it to be reasonably fast, affordable and filling, at least.

A comfortable dining space with a great view is a bonus, as is slick service.

20 Stories in Spinningfields ticks all these boxes, and goes one further. This is a lunch that really feels like a treat. That’s partly thanks to a winning sticky toffee pudding. More on that later. But there’s more to it than that. 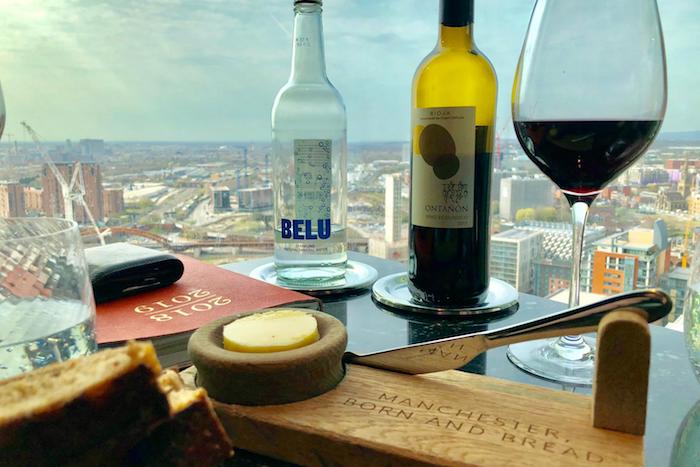 New head chef Brian Hughson has made some changes to the menu. The new lunchtime set menu (£22.50 for two courses, or £27.50 for three) shows his commitment to “good honest food” while also demonstrating his culinary pedigree.

Brian has more than 25 years of culinary experience. His first steps in the kitchens of Manchester began shortly after the opening of Mash and Air in 1997 and he quickly worked his way up through some prestigious establishments.

The chef has worked at high-profile London restaurants with Henri Brosi at The Grill at The Dorchester, Gary Rhodes at Rhodes W1, The Savoy Grill with Gordon Ramsay and The Belvedere with Marco Pierre White. 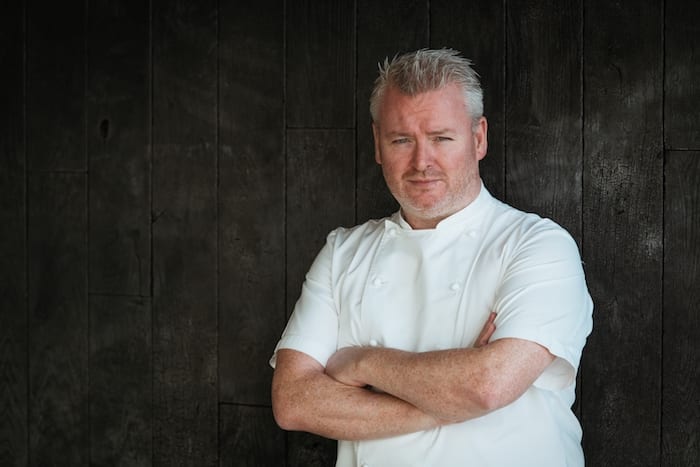 He has even catered for Her Majesty The Queen and The Prince of Wales.

And while the a la carte menu at 20 Stories retains the signature heritage steaks, grills, homely sharing dishes and refined classics the restaurant has become known for, the set lunch menu keeps things very simple. 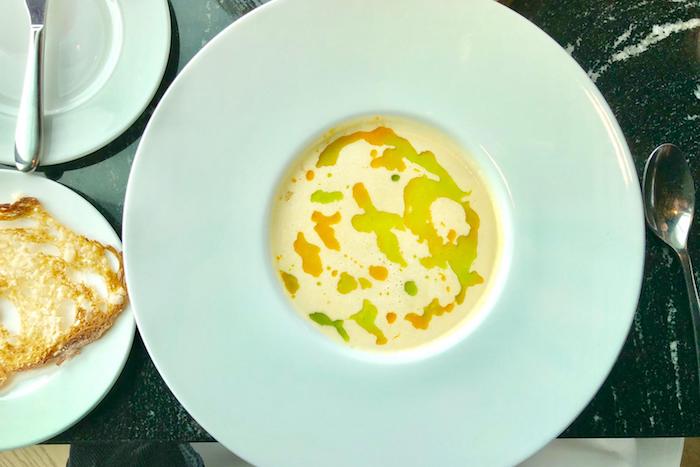 White onion and Parmesan soup is rich, creamy and comforting while still managing to look elegant thanks to swirls of herb oils. It’s a hug in a cashmere blanket on a grey day.

A spherical slice of terrine, standing vertical and handsome and proud, is made from both smoked and poached salmon, served with a sharp dill yoghurt to cut through the richness.

On to mains, and choices include cod fillet or a sweet pea risotto with morel mushrooms. But we opt for rump of beef. Because the 20 Stories chefs really know what they’re doing when it comes to beef. 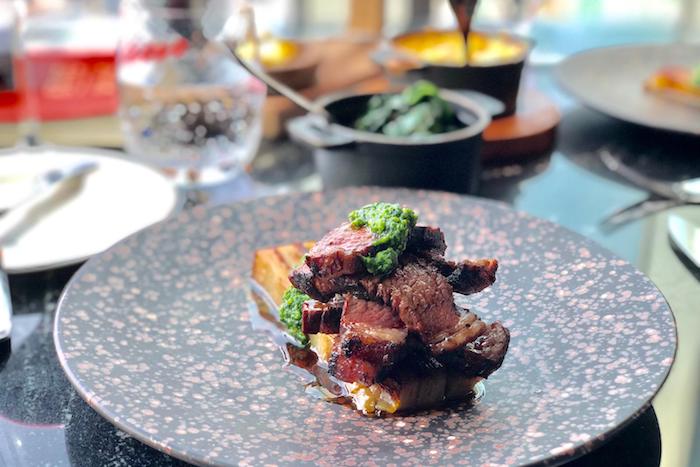 There’s no real need for sides, but wilted spinach adds some appealing greenery and who can resist truffled cauliflower cheese? The latter is a belter, unashamedly rich and luxurious. 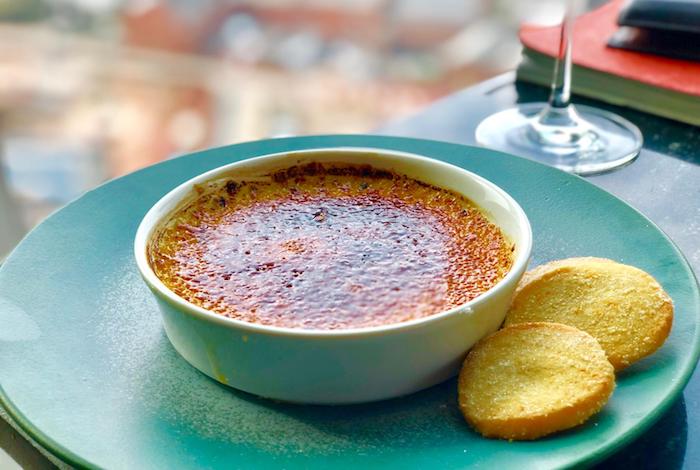 When it comes to dessert, there’s no messing about. It’s just pure indulgence.

Classic creme brulee is fragrant with cardamom, the caramelised sugar top just needing the lightest tap with the back of a spoon to shatter and reveal the smooth creamy custard beneath. It’s served with the crumbliest little rounds of orange-flavoured short bread on the side.

Then there’s that sticky toffee pudding. The hefty portion is nigh-on perfect, sweet, warming and marvellously moist. The sticky, sugary butterscotch sauce is a dentist’s nightmare, but we can’t stop smiling.

Vanilla ice cream melts willingly into the pudding, seduced by the sweet warmth. A glass of sweet white Monbazillac dessert wine just adds to the joy.

It may only have been a weekday lunch, but we leave feeling utterly spoiled.