Manchester Central Library is playing a key role in making the 1921 Census for England and Wales freely available to view.

The library is one of only two places in the country where people can receive this service for free. Elsewhere it costs £2.50 for every record transcript and £3.50 for every original record image.

In recognition as its status as the busiest public library in the country, containing the excellent Archives+ service, Manchester Central Library joins The National Archives in Kew as one of two venues where research on Findmypast can be carried out completely for free. 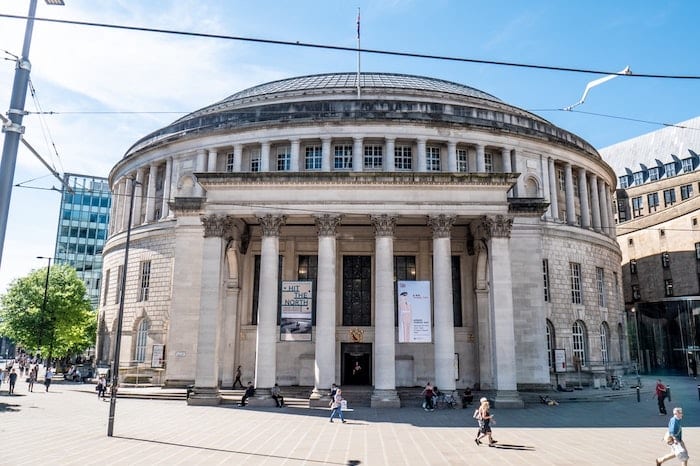 Taken between two world wars, during a period of economic turmoil and at a time when women had just won the right to vote, the 1921 Census provides some fascinating insights about society and how it has evolved over the past 100 years and will be an invaluable source for family history researchers.

All census information becomes available 100 years after the event.

The 1921 census will prove even more valuable to genealogists as the 1931 Census was destroyed in a fire. Then, the 1941 Census was cancelled due to the Second World War.

That leaves the 1921 Census to set the scene for a key point in history.

It’s also the most revealing record set up to that time – it was the first census to recognise divorce, and to capture people’s employment details.

For the first time, you’ll see all the family secrets and surprises that this interwar census brings.

The census will be available on all 130 computers at Central Library. Support will also be available from the Manchester and Lancashire Family History Helpdesk which runs Mondays – Friday from 10.30am – 3.30pm.

“We are delighted that we can now welcome people into Manchester Central Library to access the 1921 census for free,” said Councillor Rabnawaz Akbar.

“It is truly an honour to be the only other place in England to offer this service for free apart from The National Archives.

“We cannot wait to see people coming through our doors to do their research and of course the Manchester and Lancashire Family History Society will be on hand to offer support to people. We would like to thank them for their support.”

If you’re not already a member of the library, bring one form of ID showing your address and you can join up for free.

“I am pleased to announce this regional hub in Manchester which, along with our own hub in London and one at the National Library of Wales, will offer free online access to the 1921 Census via the Findmypast website,” said Dr Valerie Johnson, Director of Research and Collections at The National Archives.

“These hubs will offer an important alternative to those not able to log on from home.

“Without commercial partnerships to digitise these records the alternative for everyone would be to travel to London and work through the papers themselves at The National Archives.

“We understand the excitement and anticipation of this release and, by making the census available online, we are hugely increasing its accessibility, while also preserving the original paper for generations to come.”

For more information on joining the library, click here.