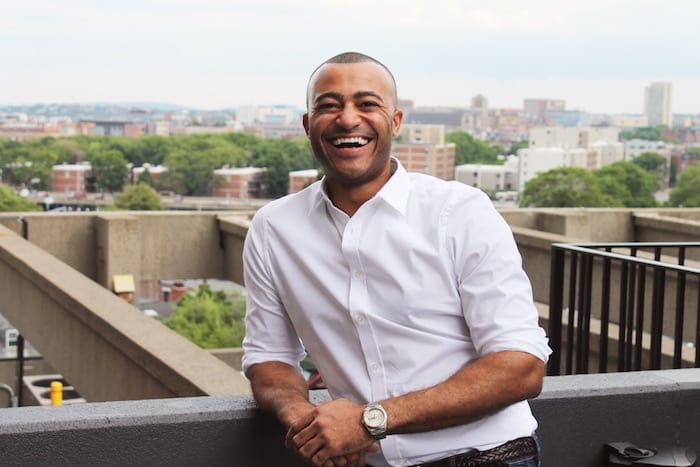 Mark Fletcher is one of the busiest bees in Manchester right now.

He has been CEO of Manchester Pride for more than four years and is one of the specialist panel of experts working with Greater Manchester’s first ever LGBT adviser to tackle the inequalities that lesbian, gay, bi, and trans people face throughout the 10 boroughs.

How did you first get started working with the LGBT community?

I first started working with the LGBT community in 2004. I was a freelance sponsorship manager working on a number of different festivals, and the director at the time asked me if I could come in and help out with Manchester Pride because they were struggling with sponsorship at the time.

How did you end up becoming the CEO of Manchester Pride?

It was a journey that totally wasn’t planned. I first came on board in 2004 as a freelancer and I was working for years trying to secure sponsorship. Manchester Pride was just one of many clients. In 2013 I wasn’t pleased with the direction that the organisation was heading in, and when my predecessor stepped down from the role, I threw my hat into the ring.

What’s your proudest achievement so far?

I come from a commercial background, so professionally it would be doubling the turnover and tripling the amount we’ve raised for charitable causes in the last three years. From a personal perspective it’s about being able to increase the impact and the reach of the charity – being able to touch the lives of literally tens of thousands of people throughout Greater Manchester and to also make people step out of isolation and feel comfortable with who they are.

What does a typical day in the office involve?

That doesn’t exist. The only typical part of the day is me getting here in the morning. It’s always different, and that’s one of the things that keeps it fresh and dynamic. For me, a typical day in the office could be anything from taking pictures of a member of staff wearing a unicorn costume, to doing a site visit, working with all the charity partners. At any one time I’m probably working on four or five different projects or initiatives and as one ends another one starts so it’s just continuously different.

How do you feel about being one of the specialist panel of experts working with Manchester’s first ever LGBT Adviser?

I’m absolutely thrilled about that because as the charity matures and as more people begin to recognise that Manchester Pride is a charity and that the work we do champions LGBT rights throughout the community, to work on a remit that’s very similarly aligned to ours is great. And I think that in terms of diversity it’s good. Having a queer person of colour on the panel who holds such a senior role sends out quite a statement.

How did the idea for an equality charter come about?

I was a victim of racism as the head of this organisation at the Manchester Pride festival in a space that should have been safe. It wasn’t necessarily intentional racism. I don’t think the person realised exactly what they were saying and how badly that could cause offence.  As the head of this organisation, I have a duty to make sure that the spaces that we’re working in and the events that we host are welcoming for everybody. So we sat down as a team and got the board involved and from that it evolved. We’re aiming to launch it in the autumn.

There are some new additions to the Pride festival this year, but we aren’t announcing them yet. We like to keep it fresh every year. Last year we introduced the Silent Disco and that will be returning, and also the sing-along cinema which proved massive popular. The problem that we have with the current site is that it’s constantly getting smaller and smaller, so we had to get creative with the space. There are two new activities this year. All I’ll say is people need to get their vocal chords warmed up.

Can you share anything with us that hasn’t yet been announced?

I’ve learnt to keep my mouth shut firmly. What I would say is you’ve not heard everything just yet – there are still some surprises and announcements yet to be made. Each day of the festival has got a unique feel to it and you will see some incredible performances throughout the weekend.

Have you chosen a Parade leader for this year?

We now lead the Pride Parade ourselves and don’t have a grand marshal anymore. In previous years we’ve had Sir Ian McKellen and Lea DeLaria leading the Parade but because we have our own entry we lead it ourselves.

I’d move us closer to the sea. I love the sea, so I’d just pick us up and put us by the coast. The weather is perfect, we get a brilliant balance of rain and shine, snow and fog, so you get to experience all the elements.

A new favourite of mine is Junk Yard Golf, absolutely loving it down there. Around the city centre it’d probably have to be the Northern Quarter because I used to work there. To see the development of the area is astounding. I like to wander the streets because I love the buildings – the old and the new coming together, the juxtaposition of poor and wealth has a unique charm. And Altrincham market. I’m from south Manchester and I went to school in Alty and I love what they’ve done with the market.

The people. Definitely the people. I’m biased being born and raised in south Manchester, but I often say the best part about a trip to London is that when the train is leaving Euston and you know that Manchester is in your sights.