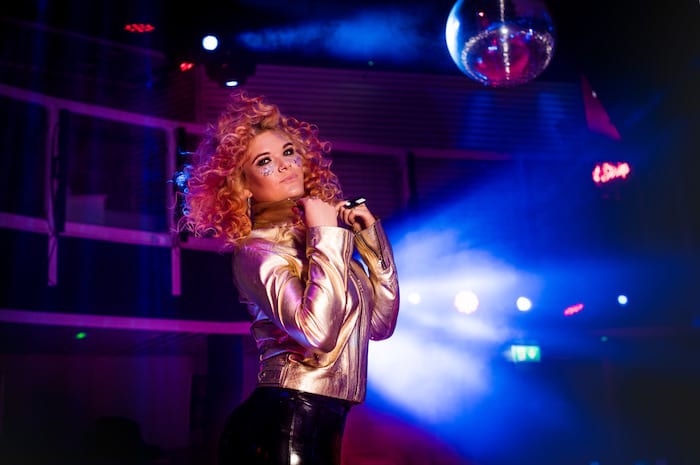 E.M.A is a familiar name around the clubs of the north west, DJing her hand-picked, uplifting vocal house and tech house.

Having lived in Manchester for ten years running lifestyle magazine VIVA, E.M.A, who is originally from Bournemouth, found herself behind the decks at a party one night.

She also has her own radio show on Unity Radio every Friday from 1-4pm, and has recently been in the studio producing music with producer and international DJ Lisa Lashes and Danny Sharples aka L.E.A.

Singles God That Can’t Dance and Power of Dance were both produced in tribute to Howard Marks and were released on April 10th, the second anniversary of his passing away. Described as “the most sophisticated and charming drugs baron of all time,” Howard’s bestselling autobiography Mr Nice was published in 1996, and a film soon followed starring Rhys Ifans.

In my former guise as the editor of VIVA Magazine, the team used to put on a lot of events. I kind of fell into DJing that way. Many years ago we hosted a party at Atlas Bar. We booked Bez from the Happy Mondays and his DJ Vince Vega. They wanted a break half way through their set and asked me to take over the decks. I didn’t quite know what I was doing back then, but managed to pull it off. After that, I was hooked. Vince gave me a few tips and tricks, plus my good friend Howard Marks became my DJ mentor and also let me DJ with him at some very cool festivals. My first standalone gig was for clothing brand Gio-Goi in their backstage VIP area at Junction 16 festival.

MK, Gorgon City, Carl Cox, The Black Madonna, East Everything, and most of all Lisa Lashes.

Releasing God That Can’t Dance and Power Of Dance with producer Danny Sharples and Lisa. They both feature Howard Marks and are tribute tracks to the legend. The tracks have been released via Modern English Records and are out now on all music platforms. Also, playing at Glastonbury last year. That was mega!

I usually start the day with emails then a jog down to Ultimate Performance Gym which is in Spinningfields. I meet up with some of my girlfriends for our regular 10am group training session, crawl back home, make some brunch, do a bit of admin work and emails, have a play on the decks, sort out new sets, download new music or get stuck into some Ableton Live music production. Then, if I haven’t got a gig in the evening, I’ll chill out with some Netflix or go and met some friends for a few drinks. I also head over to MediaCity every Friday for my show on Unity Radio.

I’ve just got into horse riding. It’s great to get out of the city once a week and into the fresh country air. I’m an original country bumpkin from Dorset, and I do miss the countryside sometimes. I also like to swim and I do love a good massage. I try and treat myself to one a month with the Urban Massage App.

From my Dad. If you can’t be good, don’t get caught. Haha!

This is a little embarrassing, but I cried when I saw Craig David on the Pyramid stage at Glastonbury last year. I’m not really a massive fan, but I got overwhelmed and emotional when he did a speech about his comeback.

I’m not into football but I do like rugby and support Salford Reds.

The Liquor Store, off Deansgate. It’s mine and my friends’ local, the staff are all bonkers, and we always have lots of fun down there. Me and my two good friends Laura Graham and Tracey Donnelly have recently started a brand called Hunky Dory Parties. We are putting on pre-parties this year for some of the bigger gigs in Manchester. We had our first one recently at the Liquor Store for Courteeners fans. It was a brilliant afternoon. The next one is on 4th May for the Noel Gallagher gig.

Malmaison Hotel. This is where I got my first DJ residency in the Chez Mal Bar. Mal is such a cool, quirky hotel brand and I love the vibes in the bar. You always meet really cool people in there, plus they do a great mojito.

The Warehouse Project. There’s nowhere better in Manchester to rave. They have the best line up of DJs each year, the best sound system, and it’s ace that you are raving in an underground car park.

The homeless. There seem to be more and more people sleeping rough on the Manchester streets these days, and it’s heartbreaking to see. I try to help as much as I can, and hopefully one day I will be in a position where I could help fund accommodation for some of them.

The people. Everyone was so welcoming when I moved up here ten years ago, I’ve made some friends for life. And the accent, of course. I still haven’t mastered it, but I love it. Oh, and Liam Gallagher, my future husband. He doesn’t know it yet, though.