Zlatan: is this the end? 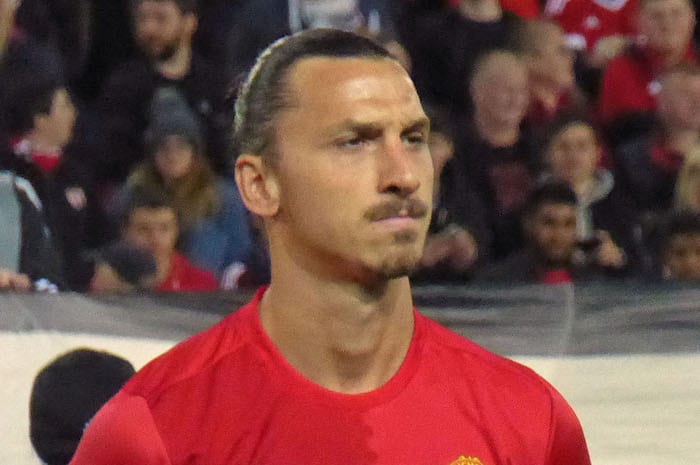 He announced “#iamcoming” on his Instagram before his move to United and was honoured with a “Welcome Zlatan” banner looming enticingly over Market Street.

He was doubted by the English press as he has been his entire career. Could a 34-year old who’d spent the last four seasons “winding down” his career in France really do it in the Premier League?

Those who doubted forgot that Zlatan is Zlatan. He scored on his debut in the Community Shield, bagged again on the first day of the season and went on to hit 28 goals in all competitions. He also single-handedly dragged United through at Wembley in the League Cup, sealing the win with an irresistibly Zlatan header at the death.

And then we were robbed. A career threatening cruciate ligament injury ended the Swede’s season prematurely in April at the quarter final stage of the Europa League.

He still entertained during the final in the capital of his home country. Arriving into the “Zlatan Arena” in a golf buggy, he ignored the traditional club suit for something more comfortable, gesticulated on the touchline with his crutches and cast, took selfies with the trophy and posed in front of the United faithful’s suggestive banners.

Is this the last we’ll see of him on the big stage for United? The Premier League release list was seen on Friday with Zlatan’s name on it indicating he was out the door.

It seemed strange at the time there was no thanks or comment from anyone at Old Trafford. This looked like another example of United’s hierarchy not conducting themselves in the best manner. Was it poor form from the club or was something else afoot?

The fans were saying, yes he’s old and yes he won’t be fit until 2018 at least. But who wouldn’t want him coming back at the end of the season for that final push to the title?

It looks like the club share the fans’ feelings and have given him the chance to recuperate at Old Trafford with the potential for a short-term contract once fit next season.

It would be foolish not to back him to come back and finish the season with a flurry. It would also be foolish to expect this is how it will pan out. Always remember, Zlatan is Zlatan. Always prepare for the unexpected.

So if this is the end for Zlatan at United, all the fans will surely want to thank him for what’s been a spectacular and entertaining year. The League Cup final goals, the winner at Blackburn in the FA Cup, the Europa League hat-trick and of course a goal against Liverpool at Old Trafford.

But most importantly, a true hatred for Pep Guardiola and his statement that he alone has more history and trophies than Manchester City.

Zlatan, we thank you. We’ll miss you. It was spectacular while it lasted. Let’s hope there’s more to come.