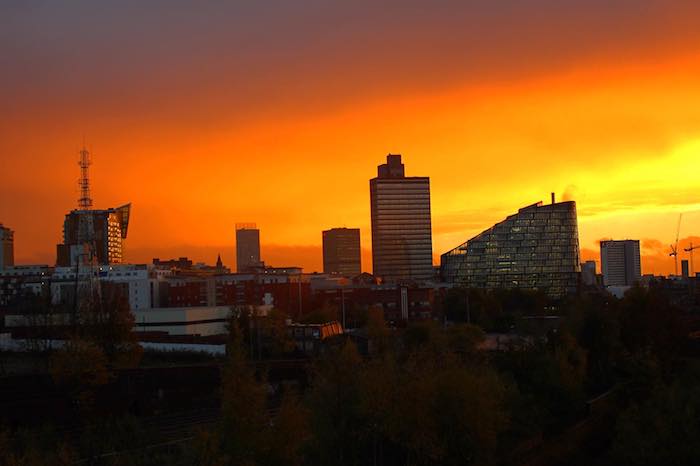 That’s not something you could say of Erin Frank, a Huffington Post writer who travelled 4,617 miles from Seattle, USA to visit Manchester.

I’ve always looked to Manchester as somewhere I’d end up someday. I’ve dreamed about it at night. When the opportunity to visit presented itself, I grabbed it.

People travel thousands of miles to visit Manchester to see family or friends or maybe even for a football match. Not Erin. She wanted to come because Manchester is home to some of the most beautiful libraries in the world.

Sometimes it takes outsiders to point out the things we take for granted.

At Chetham’s, the smell of centuries of books and wood will take your head clean off. In a good way.

Another Manchester institution, the John Rylands Library, is breathtaking in a Hogwart’s sort of way, and that’s even if you never read Harry Potter.

The Manchester Central Library should be considered one of the grand old buildings of Europe.

And she likes Mancunians, too.

As beautiful and breathtaking as the libraries are, the greatest thing about Manchester is its people. Mancunians are warm, funny and hard-drinking.

The Manchester accent is utterly charming. Unlike the whispery mumbles of the South or the clipped BBC-ness of “official” England, in Manchester, people speak openly and with impish teasing question marks, making their good-natured insults completely beguiling instead of typically British and aloof.

So why visit Manchester rather than London?

If you want the traditional English experience of castles, tourist buses and people too socially stunted to look at or speak to a stranger, stick to London. If you want the kind of city that makes you feel at home, if you want to make friends who either don’t know or don’t care how cool you’re not in your own country, if you want to stroll amidst gorgeous architecture and good books and better music  – visit Manchester.