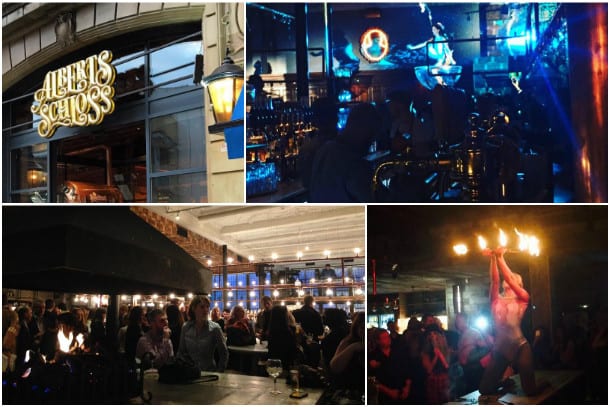 During each of the last two World Cups, the stand out moments have come from the German national team. Youthful, confident, direct, joyfully tearing through teams like Spain and Brazil and absolutely battering them. Everyone seemed to be surprised. This was a new vision of Germany.

Unexpected of a nation renowned for being serious, controlled and precise? Not really. The German sense of fun is an underrated treasure to be discovered the more time you spend in the country. It’s neatly twin-tracked with the efficiency our German cousins are more normally associated with. A potent mix.

So when Bavarian beerhaus Albert’s Schloss opened its doors last night, it ticked all of the boxes you’d expect.

First off, it looks fantastic – wood panelled ceilings, sparkling copper beer tanks high above the bar, tiled walls and bars, comfy-looking booths and long-bench seats depending on your mood. As soon as you walk in, over the shiny silver Berlin bear on the floor, you’re greeted by an open fire and the promise of a good honest booze up.

It’s massive, and you can literally smell the £2m fit-out.

The Bavarian schtick has been tempered by mass market offerings now expected in a bar the size of Albert’s Schloss, in the kind of location it occupies. There are cocktails and wine. The forced fun of a launch party is a difficult place to gauge the true spirit of a place, so I’m glad I left before the fire breathing and the madness that you’re unlikely to see on an average visit. 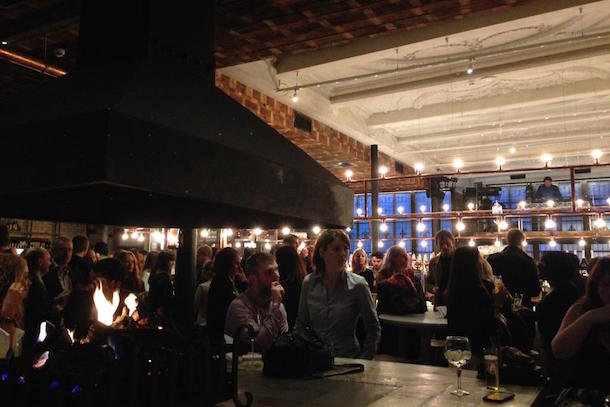 A place like Abert’s Schloss doesn’t need any extra pizzazz, you see. It just needs to be good, honest fun in a space that is, by the owner’s admission, built for fun.

Another winner from the Trof Group. Some of Manchester’s indies are ‘doing a Germany’ themselves, roundly hammering some of the bigger more established outfits who perhaps turned up in the city expecting to clean up.

On that note, you may have seen a survey of UK restaurant brand owners by TLT and The Caterer magazine this week.

An overwhelming 78% said they would look to increase the number of new sites. Not surprisingly, London came top, with around 45%. But 11% said the north west offered the greatest potential for growth, with Manchester in the top five cities – behind Birmingham, Bristol and Liverpool.

Woah, woah, hang on. The fact that Manchester is behind Liverpool is because a lot of the brands eyeing the North West will already be in Manchester. They tend to come to us first then trot off down the M62.

In fact, 14% of the 110 operators asked plumped for Manchester. Almost 20 brands, in real terms. And there’ll be more besides who weren’t even surveyed. So if you think we’re nearing the end of Manchester’s food and drink influx – we’re most definitely not.

The new boy on Peter Street may have just moved it up a notch though. A home win.