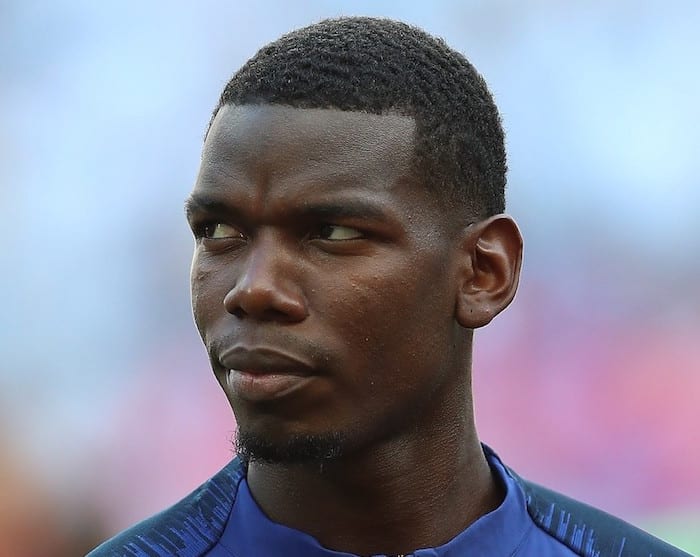 Well United fans, we’ve got a World Cup winner on our hands. We may have had a couple before and even have one already – Juan Mata to be exact – but this feels really special.

In 1966 both Bobby Charlton and Nobby Stiles were integral to England’s win, and just like those illustrious United legends, Paul Pogba was a central figure in France’s triumph at the weekend.

In fact, he became the first ever United player to score in a World Cup final.

It felt like pure catharsis for the Frenchman as soon as he got his hands on the trophy.

Make no mistake, it’s been a tough season for Pogba. He’s continually faced criticism in the press for his performances for United and even fell out with manager Jose Mourinho who had concerns about both his form and attitude.

You could see he wanted to send a message in the way he was celebrating and making certain gestures. That’s fair enough. He’s just finished a season of being doubted with the biggest trophy of all in his hands. And not only that, he was instrumental for France throughout the tournament and scored a decisive goal in the final.

His performances should be celebrated by all United fans. But it also brings a bit of worry ahead of the new season.

The biggest question to answer is this. Will he still be around when the season kicks off next month?

You’d hope so, but it wouldn’t be surprising if Europe’s top clubs came calling – although they’d almost certainly have to stump up a ridiculous transfer fee and match his lucrative wages. It is possible though.

Would a World Cup winner and such a strong character want to continue playing for a manager who seemingly doesn’t trust him?

When Pogba returns to Carrington, will Mourinho try and remind him who’s boss or let him bask in his glory hoping he can replicate this form in the Premier League? You never know with Mourinho. But what we do know is that his will always be the biggest ego at Old Trafford while he’s in charge.

The second inquest is whether Pogba can, and is willing to, replicate the kind of performances we’ve seen for France in a United shirt.

Whether he can is a huge question mark. He was a mighty presence in France’s midfield, but he was given the freedom to play his game due to the presence of N’Golo Kante next to him. The Chelsea man did the dirty work to enable Pogba to shine.

Nemanja Matic does a similar job for United but isn’t anywhere near as mobile as Kante. New Brazilian signing Fred is more of a box to box centre-mid and doesn’t necessarily seem a natural foil for Pogba in the mould of Kante.

Whether he is willing to play in the dominant way he did for France is also up for debate.

He offered plenty going forward as he always does, but it was in his selfless defensive and structured work for the team where he shone. He sacrificed his own headlines for the good of the collective, none more so than in the semi-final win over Belgium when up against teammate Marouane Fellaini.

If he’s willing to do the same for United on his return, we’ll no doubt see a much more consistent and world class performer. However, it’s much easier to sacrifice yourself for the good of the team in a seven-game tournament with the biggest prize of all on offer than it is over a long hard Premier League season.

His price tag also plays a part at United. Does he feel he needs to be a creative superstar to justify the outlay or will a player of that value be happy with structure and doing the simple things well?

If he is, the performances and the headlines will come, as they did in the derby last season. If he isn’t, we could be back to square one.

As ever, when he plays well or when he plays badly it’s always all about Pogba. The next month will certainly be interesting. As will next season. If he’s still here.