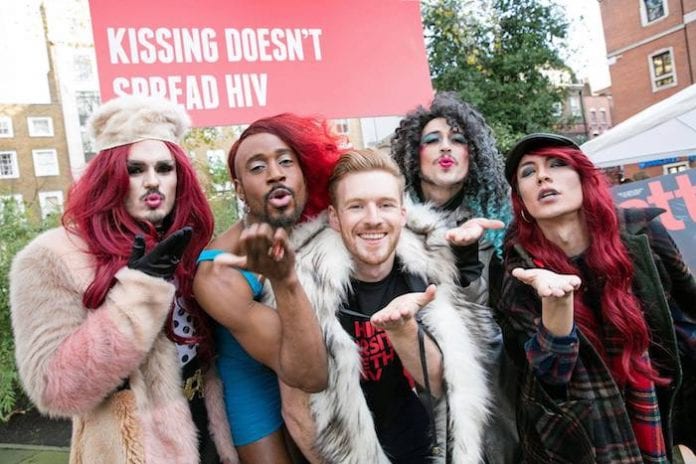 December 1st is World AIDS Day. The first ever global health day, it was held for the first time in 1988 and has been held on the same day every year ever since.

Is an opportunity for people worldwide to unite in the fight against HIV, show their support for people living with HIV and to commemorate people who have died.

Globally, there are an estimated 34 million people who have the virus. Over 100,000 people are living with HIV in the UK.  Despite the virus only being identified in 1984, more than 35 million people have died of HIV or AIDS, making it one of the most destructive pandemics in history.

Each year in the UK around 6,000 people are diagnosed with HIV. Many people do not know the facts about how to protect themselves and others, and stigma and discrimination remain a reality for many people living with the condition.

World AIDS Day reminds the public and government that HIV has not gone away. There is still a vital need to raise money, increase awareness, fight prejudice and improve education.

It’s an opportunity to show support to and solidarity with the millions of people living with HIV. Wearing a red ribbon is one way to do this.

The universal symbol of awareness and support for those living with HIV is the red ribbon is. The red ribbon has inspired other charities to utilise the symbol, for example breast cancer awareness has adopted a pink version. NAT have produced a range of special red ribbon brooches. To purchase one of your own visit their shop.

LGBT Foundation offers a range of rapid HIV clinics for men in Manchester city centre and in Salford. A small sample of blood will be taken and you’ll find out your results straight away.