As customers, we need to ask waiting staff: 'do you get to keep this?' 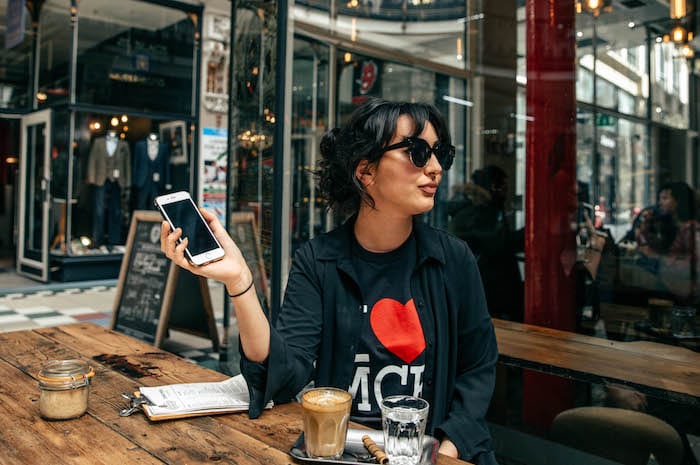 He warns a forecasted decline in gratuities post-COVID will have “massive financial consequences” for the sector’s employees, most of whom are already on the minimum or living wage.

According to nonprofit organisation One Fair Wage, average tips in US hospitality venues have declined following the COVID pandemic, a trend Sacha predicts will inevitably follow in the UK.

The report found that 83% of hospitality workers had experienced a decline in tips following reopening, and 67% said tips have decreased as a result of having to enforce COVID-safety rules, such as social distancing and face masks.

“Not only has COVID all but killed off cash, but the social distancing measures in place means less interaction between waiting for staff and customers,” said Sacha.

“It’s likely we’ll see a serious decline if not the end of tipping because of this.

“Bar and restaurant staff typically earn minimum or less than living-wage and rely on tips to top up their salaries.

“Tips can mean the difference between walking home after work and getting an Uber, so there’s a clear safety aspect for operators to acknowledge if we do see a decline.”

A long-term campaigner for an industry-wide fair tipping policy, Sacha has now called for greater transparency and the introduction of a code of conduct for hospitality operators.

The call is backed by Andy Burnham, Mayor of Greater Manchester, who has called for a new employment standard, which includes tips, for the hospitality sector and night-time economy in his 2021 Manifesto.

“There’s less transparency as to where tips are going when paying by card,” said Sacha.

“Many operators don’t pass on service charges to staff as a standard procedure, instead of using them to top up the bottom line or subsidise chef salaries.

“As customers, we need to ask ‘do you get to keep this?’ every time we see the words Service Charge on our bills.

“If it’s not going to those providing the service, we need to question why we’re paying it.

“Hospitality needs to operate fairly and introduce standards across the board including fair distribution.

“It’s inevitable tipping will decline at the same rate as the US, and we need to look at ways of raising employee pay, such as price increases, so that tips become bonuses not essential substitutes for low salaries.”

The trade union, Unite, has also backed the call for greater transparency.

“We welcome the warning by Sacha Lord, Night Time Economy Adviser for Greater Manchester, about the decline in tipping as restaurants and pubs reopen in restricted circumstances,” said Unite national officer for hospitality Dave Turnbull.

“A survey of hospitality members last summer, who had been redundant during the pandemic, painted a grim picture for the sector’s future – for example, 78 per cent of chefs said they would not recommend the career to school leavers.

“And if you take account of the impact of Brexit on accessing migrant workers, there will inevitably be a skills shortage that can only be addressed by real improvements in pay and conditions.

“The fair distribution of tips would help the looming recruitment crisis.

“Some years ago, the government pledged that they would bring forward ‘fair tips’ legislation, but this seems to have fallen off the radar due to the pandemic – now, as we enter the post-COVID world, is the time to resurrect this embryonic legislation.”

The night-time economy is the fifth biggest industry in the UK, employing nearly 10% of the nation’s workforce, however, workers are disproportionately low-paid compared to the wider economy.

In Greater Manchester, the sector supports a third of the city region’s workforce.

21% of full time and 53% of part-time hospitality workers in the region earn less than the living wage.

One city centre restaurant worker, who asked not to be named, said a decline in tips would have serious consequences on his income, saying: “Tips are essential for me, to the point where they make up about a third of my income.

“It can make a difference in what I eat, do, and how I live some months.

“When I was furloughed, on paper I was living off 80% of my average hours, but as tips make up a third of my earnings, it hasn’t been enough.

“When there are no customers, there are obviously no tips.

“If I’m working the closing shift, I have to find my way home to South Manchester from the city centre late at night.

“I often miss the last tram home and getting the bus isn’t really an option on your own. I had an encounter on the bus late at night when on my own where I was threatened, and following that I turned to get taxis for a while.

“Financially, this is more than an hour’s work just to get home.”