Why getting fighting fit is mint for your mental health too 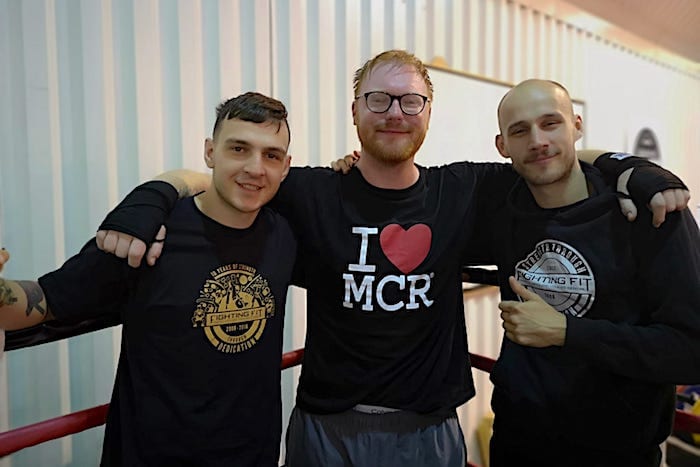 I’m not the first person to find refuge in the boxing ring.

“I took up boxing because everyone was saying boxing is good for you and it’s a really good way of letting out aggression. And that really saved me because I was on the verge of punching someone; so being able to punch someone who had pads was certainly easier.”

Prince Harry said that in a recent interview with The Guardian about the years after he lost his mother.

But boxing isn’t just about releasing aggression. During my 12 week training programme at Fighting Fit gym, I’ve found it’s a way of meditating. I think about nothing else but my surroundings and what I’m doing right there and then – what I’m punching.

Boxing – and martial arts – has been integral to my battle with depression and anxiety.  Meditating and ultimately getting fitter helps me collect my thoughts and put them into  boxes. I can cope with life better and what’s more I feel more confident. It’s even helped with breaking a few bad habits such as biting my nails.

How I think I look after boxing training and how I actually look 🥊 🤪 pic.twitter.com/HuisboiiZj

I have lost almost two stone in 12 weeks thanks to Hatton ABC qualified coaches Adam and Josh of Taylor-Cook Boxing & Fitness.

More importantly, I have a clearer perspective on life and better stress management. Concentrating only on your surrounds and lessons is one decent example of what Eckhart Tolle calls ‘the power of now’.

Mental health has typically been a taboo subject matter amongst men. We don’t express our problems.

You can punch problems in the face – metaphorically speaking, of course. And every time I go, I’m learning new skills, not performing the same old gym routine. I believe practicing a sport has more longevity than following a regime.

One programme of sessions is not going to be a miracle cure, of course. Consistency and sustainability is key.

When I leave the gym soaking wet with sweat, I have got rid of all the toxins (and aggression) and it’s always sunny, whatever the Manchester weather.

Fighting Fit boxing coach Adam Taylor also knows all too well about depression and knows how boxing has helped him overcome his worst fears. Struggling to make ends meet and dealing with depression, he tried to cure with alcohol and drugs. Then he started going to the gym – and things began to change.

Adam, who has partnered up with his friend Josh Cook and started his own business, Taylor-Cook Boxing & Fitness, constantly mentions how grateful he is to Fighting Fit, who not only taught him discipline but showed him another way of living.

Its home is a railway arch close to the Green Quarter and a stone’s throw from the new Co-op building.

It’s a huge space where they offer instruction and classes in a variety of martial arts as well as strength and conditioning.

“People are amazed when they walk through the door because they don’t expect something this size,” says Richard Lawrence, one of the instructors and a Keysi Master. “They don’t expect it to be this well-appointed or have this atmosphere because they think it’s just somewhere under a railway arch. It’s like a different world in here.”

“And you’re not going to find something in the city centre with free parking for members,” says co-owner Jay Cahill.

Jay started Fighting Fit with her brother Martyn and business partner Ian Wilson in 2008 and moved it to its current home three years ago. They are all experts in a variety of martial arts disciplines. Their team of instructors includes a member of the Olympic judo team and the highest ranked black belt in Brazilian jiu-jitsu in the country.

Jay gave up her job as deputy head of a special needs school to help run the gym full-time. She is an amputee who became involved in martial arts in her early 20’s and loved the challenge and the feeling of empowerment it brought her. She competes against able-bodied people to a very high level and regularly beats them. She is developing a wheelchair self-defence system with Richard.

This is clearly no ordinary gym. And it’s for everyone. The ordinary and the extraordinary.