New BBC drama Life is set to become the latest must-see relationship drama from the pen of Doctor Foster writer Mike Bartlett – and Manchester has a starring role.

The new series is a spin-off from the hugely popular Doctor Foster, with actress Victoria Hamilton reprising her role as Anna Baker, but in a twist she is trying to start a new life in Manchester under the name of Belle after her messy divorce.

She lives in a converted mansion house alongside four other families – whose complicated lives we follow throughout the series.

We can expect interweaving stories of parenthood, love, loss and plenty of self-discovery along the way. And of course lots of brilliant scenes in and around Manchester.

Here we take a look at some of the key locations and where they were all filmed last summer.

The huge mansion house is seen from the earliest moments of episode one and throughout the six part series. As for the location? Well it’s not actually in Manchester at all but in the leafy suburb of Cheadle.

While the interiors may look rather grand in the apartments, most of the indoor scenes we see on screen were actually created inside Space Studios in West Gorton especially for the drama. In terms of the storyline, the grand house was originally the family home of Gail and Henry – but at some point in their relationship they needed money and so split it into the four apartments that we see in the action.

When the action in episode one moves to the big 70th birthday party for Gail, the camera pans along Beech Road in Chorlton, with an image of the “famous” Trevor Arms seen in the foreground. However, the action then moves inside to a pub that is none other than The Woodstock Arms – which is a bit further down the road in West Didsbury. The ornate windows and grand wall arches are a giveaway.

And yes, if you’re wondering where you’ve seen this pub on TV before, it’s also famously the local boozer that has been used in most of the series of ITV’s hit drama Cold Feet.

The character of David (played by Adrian Lester) works at the local university and we see him at the grand red brick faculty throughout the series. In episode one we also see an evening party at the university where the character of Gail (Alison Steadman) gets a tad tipsy and pulls some impressive moves on the dancefloor.

Salford residents will have spotted straight away that it’s Salford University’s imposing red brick building on The Crescent that doubles as Life’s university.

READ MORE:  Where was Brassic filmed around Manchester?

Manchester looms large throughout the drama – with plenty of scenes filmed out on the city centre streets, including the first dramatic meeting of Gail with Helen on George Leigh Street in Ancoats. They are later seen meeting up on St Peter’s Square with the tram and library seen in the background.

In later episodes, look out for St Ann’s Church in the city centre where Gail pours her heart out to her vicar in episode three, and the St Hugh of Lincoln Church in Stretford.

There’s scenes of the bridge across the River Irwell to The Lowry Hotel in episode three, while Manchester Hall was also used for some of the many restaurant scenes where characters catch up. 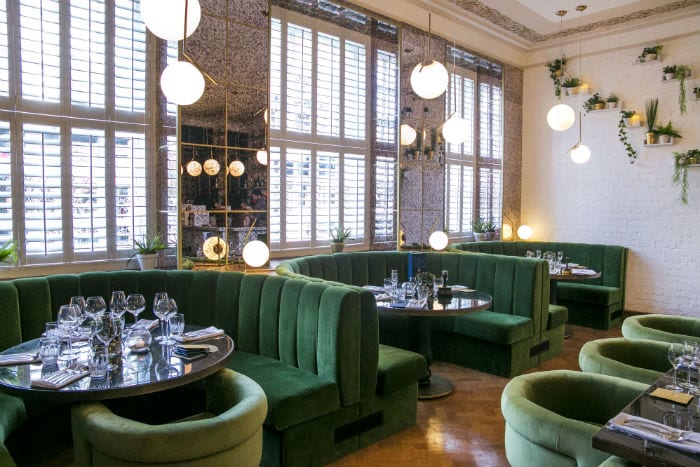 Masons restaurant inside Manchester Hall was the scene for the cringeworthy date night that goes a bit awry between the character of David and Saira in episode three.

And Manchester’s legendary Gay Village makes an appearance in episode three – when Anna heads to stylish lesbian nightclub Vanilla on Richmond Street to try and find her rebellious niece Maya.  She finally finds her down by the canal feeling sorry for herself.

Remember this was all filmed pre-coronavirus and social distancing measures!

Even the music is Manc! 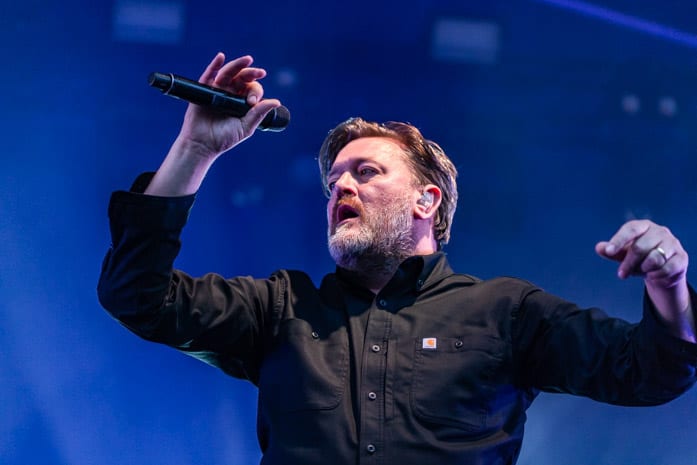 Manchester plays its part in bringing the drama to life on the screen, and it is Manc music that soundtracks it all too – courtesy of Indie legends Elbow. You may have noticed straight away that the show’s theme tune is performed by Bury’s finest Guy Garvey. But listen out because Guy and the band created all the background music for the drama as well.

It was certainly a special project for Guy, as it became the first time that he and his actress wife Rachael Stirling have worked together. For Rachael takes one of the starring roles in the show, as Kelly, the emotionally distant wife of David (played by Adrian Lester).

Why was Manchester chosen as the location?

Life‘s creator and writer Mike Bartlett was keen to bring to life the story of Belle – a character we first saw in Doctor Foster – and felt that Manchester was just the right place to play all the drama out.

He said: “Manchester is a world of its own. It’s both normal and extraordinary. Everyday and remarkable. One has the feeling that anything could happen there.

“It’s also beautiful and I love seeing that on screen.”

Life is on BBC One on Tuesdays at 9pm, from September 29th.