What’s it really like on SAS Who Dares Wins? Manchester contestant Rick Stevens reveals all 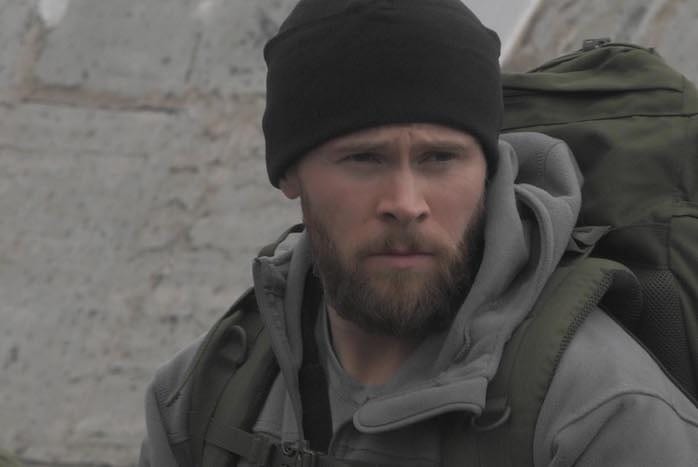 The latest series of Channel 4’s SAS: Who Dares Wins follows 25 civilians as they’re put through their paces by former SAS soldiers in a remote part of the Andes Mountains. Women are taking part for the first time to reflect the MOD’s decision to allow females in all combat roles.

With two episodes to go, nine remain – five women and four men, including Manchester barrister Rick Stevens, 33. He had a particularly tough time in Sunday night’s episode, mistakenly allowing a teammate to wallop into rocks during one of the tasks and revealing the bullying he experienced as a youngster.

Having made it through to the final stages of the gruelling 11-day process, Rick reveals what it’s like to take part in TV’s toughest challenge.

When did the application process begin?

June last year, through to the end of September. You go through a physical fitness test and then an interview. If you get to the next stage, you have a medical and a psychological test. When you get the final call, it’s a pretty short turnaround. I’ve got friends who’ve been in the marines and parachute regiment and they all said learn to run with weight. And wearing boots which are about as far from Nike Air trainers as you can get was something I concentrated on in the limited time available.

Were you told where you’d be flying to?

No, we just got told to turn up at Heathrow. I hadn’t met any of them before, apart from Vicki as we happened to be on the same casting day. We had a day of acclimatisation training, but they keep you on your toes as to when you’re going in the camp so you’re not really ready for it.

When did you first meet the SAS crew?

When they pulled us off the bus in the first episode. We thought we were doing some behind the scenes stuff and the next minute a load of explosions go off at the side of the road. It was quite exciting because we knew what we were all there for, we just didn’t know when it was going to happen.

How did you find being screamed at?

I’m in court with my job a lot and have to watch how I act in day to day life, so it probably helped me when it came to the DS (Directing Staff) shouting at me because you know when you’ve got to bite your tongue. I’m used to managing stress, but the problem is you’re anxious the whole time. Sometimes they’ll have you waiting for hours and the minute you drop your guard, they drag you off to do something.

Ant’s like what he’s like on TV, so what you see on TV is what you get. He doesn’t really break character. When the process is over he’s a warmer, more pastoral character but obviously when he’s in there, he doesn’t break his role. He’s the chief instructor and not there to be your friend. He stays in the role and takes it seriously.

Was the experience tougher than you expected?

Physically, it was as tough as I expected. What you can’t prepare for is the level of fitness you’ll need to tap into in the situations. You don’t get any sleep really, maybe a couple of hours a night if you’re lucky, and as the course progresses you get less food. I lost nearly two stone during the process, to just over 12 stone. I was still a healthy weight but in terms of my face, I was pretty hollowed out.

How did you find the tactical questioning?

Sometimes it’s a softer approach, sometimes it’s harsher, or they’re digging into why you acted in a certain way. I’m quite an emotional person but only really show it to my family or close friends. Talking about something I hadn’t really talked about for 18 years in terms of my experiences of bullying was an eye-opener. I’d been expecting a negative reaction, maybe because I’d always worried it made me look weak, but the response has been overwhelmingly positive.

Was there any downtime?

No but I fully expected it was going to be an authentic process. All the DS are ex special forces so they’re not going to sign up to do something that undermines their credibility. Everything you see on TV is as brutal as it looks. The only people you see in the camp are the fellow recruits and the DS. There are cameras everywhere much like the Big Brother house and when you’re off camp there are cameramen who are trained to keep up with you.

What was the toughest point?

It’s yet to come, but in terms of what you’ve seen, it’s the aftermath of the fall. It was a genuine mistake and it’s not nice when you make a mistake, particularly when the consequences are on someone else. Fortunately, he (James) walked away without anything serious.

Were you ever tempted to quit?

Quitting wasn’t on my radar because I don’t think I’d be able to live with myself afterwards. It’s one thing I promised myself I wouldn’t do when I went in.

What was it like to take part in the first series with women?

For me, and I think most of the recruits, it was a non-issue. I think the women who’ve been on it have proved they’re all there on merit. You can see that from the fact there are nine people left and five of them are women. I don’t know whether people are surprised by that or not. To be honest, having met the women there I’m not surprised.

Has the experience changed you?

Yes, in terms of realising what you’re capable of without necessarily receiving praise. Because even if you’re doing well you don’t get praised, you just get shouted at a little bit less. In modern society we’re used to having someone having to give us positive reinforcement so it was good to know you can do things without someone having to tell you you’re doing well.

Did anything surprise you?

Probably how much the DS are invested in you after show. Ollie Ollerton, for example, really champions people’s causes and is genuinely interested in you and what you’ve been through and what you’re doing and he’s very supportive. The DS do genuinely care about the people they put through the process. It’s not just a TV programme for them. It just shows more of a human side to them than maybe you see on TV.

Would you recommend it?

100 per cent. You have to be driven because you’re not going to be very comfortable, and you’ve got to have a pretty good reason why you want to do it. If you don’t, you’re going to struggle. But there are a lot of rewarding things to get out of it. You’ll never have another experience that really compares to it. I would do it again tomorrow.

SAS: Who Dares Wins continues on Channel 4 on Sunday night at 9pm.