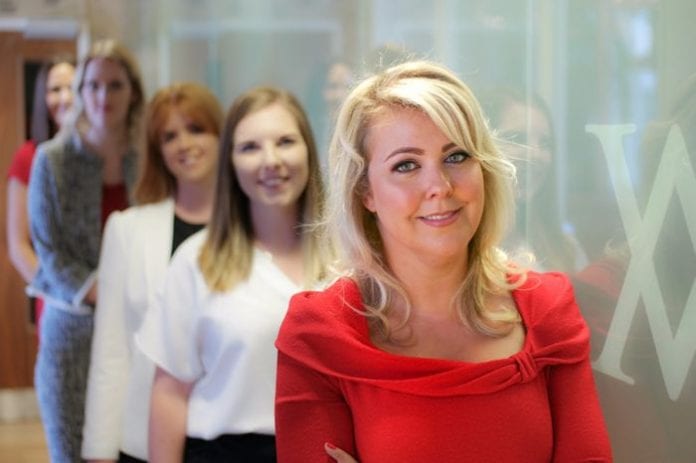 One upon a time, solicitors kept themselves out of the limelight. There might be a small polished brass plate by the front door of a discreet office down a quiet city side street, but that was about it.

Not any more. The bigger the profile the better. Advertising is allowed these days, but nothing beats a headline proclaiming success.

Emma Gill, director of divorce and family law at Vardags Manchester office, proudly shows off her “wall of fame” – a montage of newspaper and magazine articles at her eighth-floor headquarters in imposing Ship Canal House on King Street.

Blonde, glamorous and not yet 40, she’s come a long way since working at M&S in Bolton to help fund her law degree course at Manchester University.

Her profile on the Vardags website doesn’t do false modesty. “Emma”, it says, “specialises in divorce and matrimonial finance and has acted for the good, the bad, the rich and famous. Emma’s clients include lawyers, accountants, CEOs of multi-million pound companies, footballers and their wives, entrepreneurs and business owners. Her cases are frequently complex, dealing with issues around share valuations, option schemes, trusts, foreign properties and pension funds. Emma also acts in financial claims for unmarried partners.” 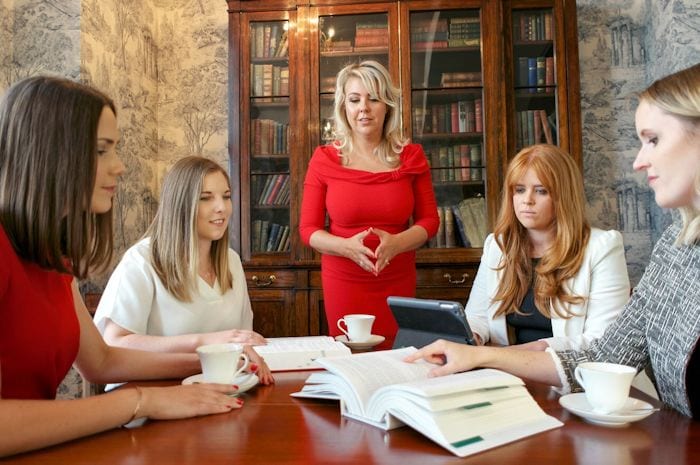 Mind you, the firm’s president and founder Ayesha Vardag, who has handled some of the most high-profile and expensive cases in the world, with settlements frequently running into many millions of pounds, has such an international reputation that she’s been dubbed “the diva of divorce”.

So Emma is comfortable with the description “Manchester’s top divorce lawyer”. It’s kind of the house style.

“It’s the standard of service we provide,” she says. “We are incomparable in Manchester; we operate on a different plane. It sound’s awfully arrogant, but it’s true.”

Having lived her entire live within a 20 mile radius of Manchester, Emma – described by the leading law firm guide Legal 500 as “ferociously bright” – was brought up in Salford.

She says: “I am the ultimate northern working class girl made good.” Made good how? “A lot of hard work. I was the first in my family to go to university. I felt like I was pioneering.”

The need to get the job at M&S to pay the fees came as second nature to Emma who had jobs baby-sitting and delivering newspapers from the age of about 13. But why did she choose law?

“It just came into my head when I was about ten,” she replied, but has previously said she became fascinated with the idea while playing The Game of Life board game as a child.

In her first year at Manchester University she did ask herself “is this for me?” because of the number of former private school girls on the course. But in the second year, Emma opted for family law and was hooked. “I pursued it doggedly and look at me now, 20 years later, head of this Leviathan of a firm.” 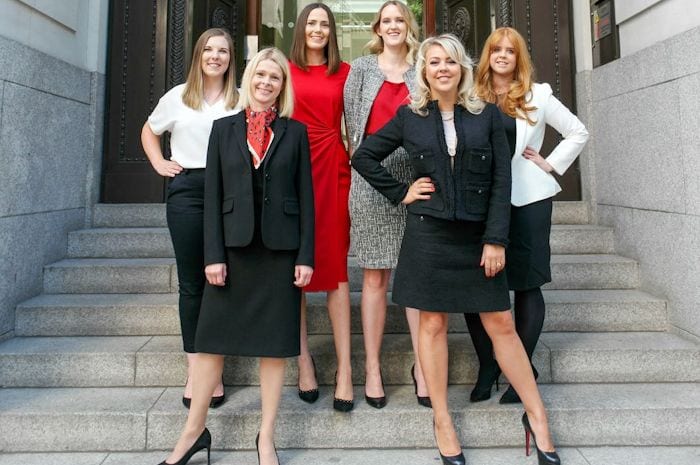 After graduating in 2001, Emma’s commitment and drive saw her find a job as a paralegal rather than taking a year out. She qualified with a national law firm in 2005 and began her meteoric rise through the ranks to achieve the position of associate partner and then equity partner, all within seven-and-a-half years. She was appointed head of Vardags Manchester office when it opened in June 2016.

At first almost all her clients were women. Now the ratio is 60:40 men to women. Why the change?

“We have the reputation of being really good so it’s a case of making sure you are through our door first,” smiled Emma. “Second, I am very direct. You get to the bottom line and men appreciate that. It’s cutting to the quick – they want to know how much it’s going to cost.”

If all that sounds very confrontational, both Emma and Vardags have campaigned in favour of no-fault divorce being introduced in the UK –  a measure now about to be put out to consultation by the government. She argued the case on BBC Radio 2’s Jeremy Vine Show and is regularly the go-to commentator on legal matters for the local print and broadcast media.

So what does Emma do when she’s not – as Chandler in Friends once put it – “riding the alimony pony”?

Married for more than 23 years to her childhood sweetheart Richard, a builder, Emma said: “Our beautiful three-year -old daughter has just been diagnosed with autism but we are really positive about it. She’s a lovely rough-and-tumble sort of girl. When I’m with her, I am with her.”