Whatever happened to Corrie’s Curly Watts? 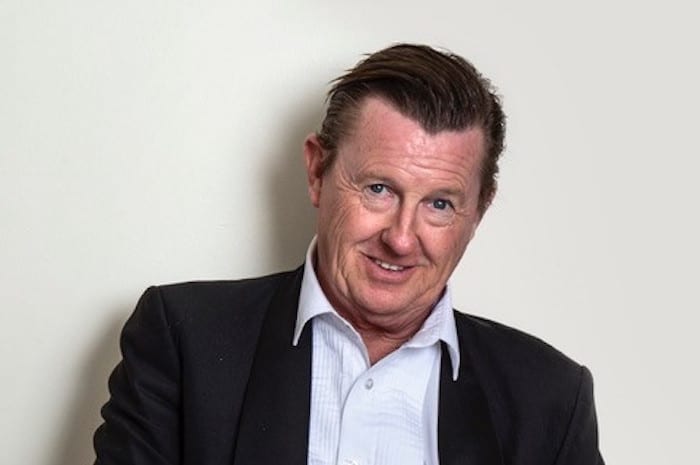 Best recognised for his 20 year stint as quirky Coronation Street character Curly Watts, actor Kevin Kennedy left the role in 2003. Since then has combined his love of music and acting by starring in several West End productions including Idle Hands, Ducking Out, Amos in Chicago and We Will Rock You.

During his time on the ITV soap, unlucky-in-love Curly found himself struggling to maintain his romantic relationships. Perhaps his most memorable storyline was his marriage to Raquel Wolstenholme, played by Sarah Lancashire, which lasted less than a year.

The on-screen couple went down in soap history when Raquel unexpectedly turned up on the eve of the new millennium to ask Curly for a divorce and reveal the couple had a daughter together.

Having recently finished a new musical tour of Kay Mellor’s Fat Friends, he’s about to embark on a national tour with Rock of Ages which lands at Manchester’s Opera House later this month

This box office hit features over 25 old school rock anthems, including We Built This City, Here I Go Again, I Want To Know What Love Is and The Final Countdown. 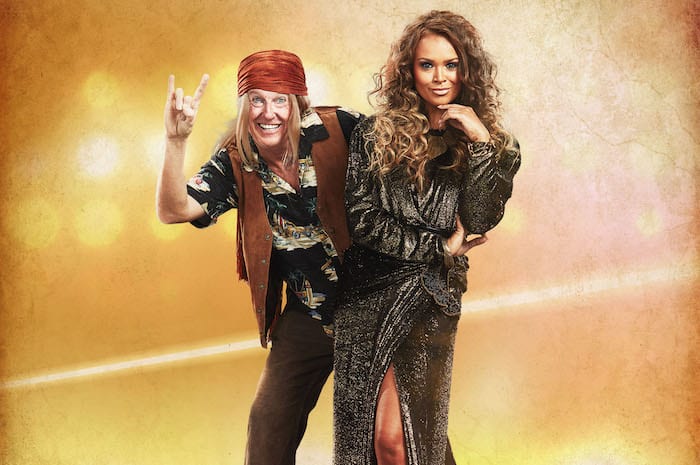 I’m a Manchester boy who was brought up in Wythenshawe and I was very interested in performing and the arts in general. When I was about 14, punk had just erupted onto the scene and it was a proper revolution – you could go out and do whatever you wanted. I’d turn on Granada Reports and see someone I know reading poetry, or creating a sculpture, and it inspired me to join the Manchester Youth Theatre, as did many other prominent actors who are still around today such as Nick Conway, David Threlfall and Chris Bisson to name but a few.

Tell us about your time on Coronation Street

Corrie was just a brilliant experience from beginning to end. I’ve been a theatre actor for a good couple of years now and when I left drama school that’s all I wanted to do – to be a jobbing actor and make a living at it. Being famous didn’t really come into the equation for me. And when Corrie came along and everything that goes with it, I wouldn’t change it for the world. I was part of a very good, strong cast, and some tremendous writers, and I loved the fact it was such a tight knit group of people who just excelled at what they did. When I started we were still only doing two episodes a week. To watch it evolve over 20 years was incredible, scary, interesting and mostly a privilege.

Would you return to your role as Curly Watts?

Without a doubt. It’s no secret I’d love to go back to Corrie, purely for artistic reasons. My character was multifaceted and had lots of different angles to him and I think it would be fascinating to see the story of what he’s been up to since leaving Weatherfield and also for him to interlink with the current cast. I think it would be a great story and most importantly, fun for the viewers to watch.

What is it that attracted you to Rock of Ages?

Rock of Ages is designed purely for one thing – and that’s to give the audience the best possible night out that they could have. There’s no moral tale or deep thinking behind it. it’s a cross between Romeo and Juliet, Rocky Horror and Spinal Tap. It’s just fun with a great soundtrack played live, of songs from the 80’s which I suspect people secretly liked at the time. It’s very funny, rude, sexy, raunchy – there’s semi-clad women and men. Sex, drugs and rock ‘n’ roll, basically. I’m very lucky, I look at scripts now and I pick jobs that I know I’m going to enjoy.

Dennis Dupree runs a live music venue called The Bourbon Rooms in Los Angeles in the 80’s. This place is where every major rock band have either started or played. What he doesn’t know about rock music is not worth knowing. He’s the go to person – pure sex, drugs and rock ‘n’ roll. He’s a bit of a debauch guy but he’s also a good guy too. The Bourbon Rooms comes under threat from a developer – a bit like Jilly’s Rock Club that used to be in Manchester which is now a Tesco. I get to sing a lot in the production and I perform a duet, but I don’t want to give too much away about that.

Do you prefer TV acting or musical theatre?

My two great passions in life have always been music and acting, so to put those two together is the perfect marriage for me. I’m very happy at the moment. I’ve got the best of both worlds and am a very lucky boy.

Everything. It’s where I’m from, it’s where I grew up, my family live here and I just love the feeling of getting off the train or plane and everybody just talks like me, with the same sense of humour and similar values to what I’ve got. Wherever I’ve been in the world I’m always proud to say I’m from Manchester. I live in Brighton now because I had to move for work, but I think the gift us ex-Mancunians give to the world is by spreading our Mancunian spirit and our sense of humour.

The Etihad, The Royal Exchange Theatre and The Trafford Centre.

We should have a beach. If we could just move the whole city down to Brighton then that would be perfect.