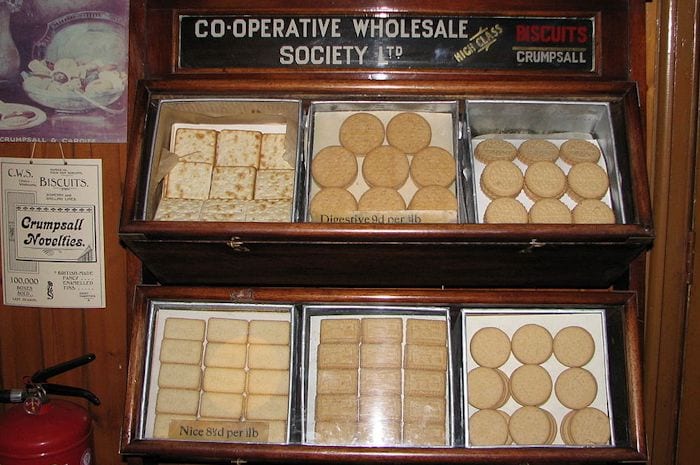 Mancunians’ love for biscuits is renowned. We eat more of the sweet treats than anyone else in the UK.

Now Manchester’s passion for all things biscuity has landed it on a shortlist of three cities competing to be the location for a national museum of biscuits.

Retired academic Dr Gordon Harris, who has been spearheading Manchester’s campaign, believes the city is the obvious choice.

“To have the National Biscuit Museum in Manchester would be a massive boost for the local economy,” says Dr Harris, 73. “Biscuits are big business. The UK sweet biscuit market is worth around £2 billion a year. A museum would bring thousands of biscuit lovers from all over the world to Manchester every year.”

Dr Harris believes that compared to Carlisle and Norwich, the other cities on the shortlist, Manchester has the strongest case. 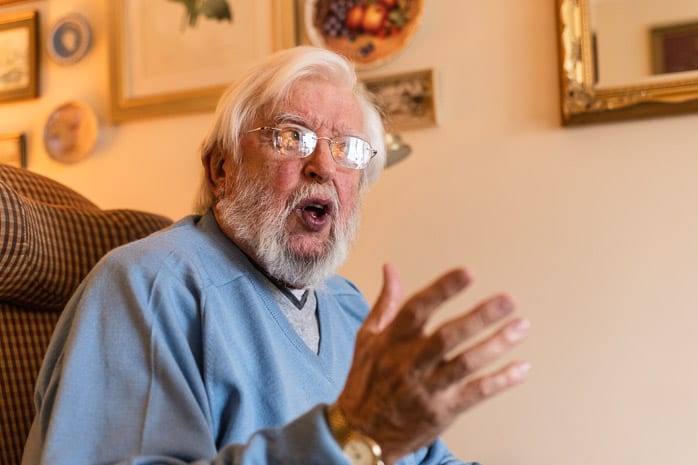 “Not many people are aware of Manchester’s biscuit heritage. For Mancunians, biscuits are more than just a snack food. They have played a big part in our diet for a very long time so it’s only fitting that it should be the location for a national biscuit museum. A biscuit museum would recognise the part played by biscuits in making Manchester a great industrial city.

Dr Harris is something of an expert on biscuits. He has just completed his life’s work, A Secret History of Biscuits, a huge 600 page tome which has taken him more than twenty years to research and write and is due for publication next year.

Although the history of biscuits goes back to the distant past, well before the Romans built a fort at Mancenion, it wasn’t until the Industrial Revolution that mass production began. 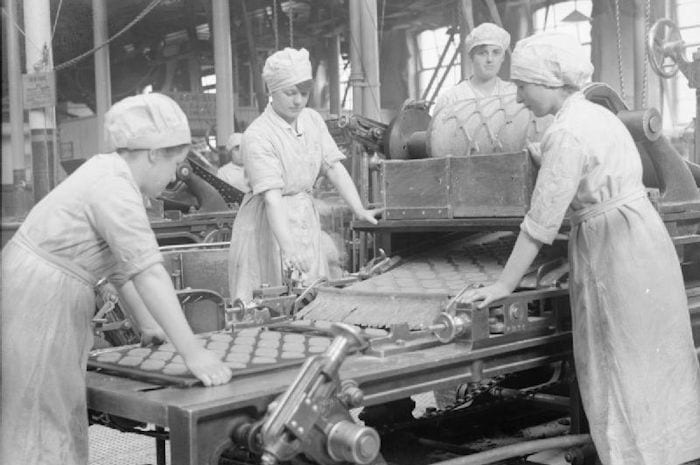 “Biscuits were a cheap source of energy for the navvies who built the canals and the people who worked in the mines and mills,” says Dr Harris. “If Manchester was the engine of the Industrial Revolution, biscuits were the fuel which powered it.

“Everyone has heard of McVitie’s in Heaton Chapel. But in the 19th century there were dozens of biscuit manufacturers all over Manchester feeding the hungry masses.

“The Industrial Revolution meant the infrastructure was in place for the production and distribution of biscuits. The first commercial biscuit dough mixer was a barrel with a shaft driven through it from a steam engine. The early ovens were fired by coal.

“Tins of biscuits were distributed by the canal network to reduce the damage which would have been caused if they were transported by road.”

There’s a very good reason why Dr Harris is passionate about biscuits. You could say they are in his blood.

He was born in Crumpsall just after the war and grew up in the shadow of the CWS biscuit works where generations of his family had worked. His mother was actually born in the biscuit works when his grandmother went into labour prematurely and worked there from the age of 12 for her entire life. Times were hard. She would smuggle broken biscuits out of the factory to feed the family of eight.

“Biscuits were the currency of the neighbourhood where I grew up. The fact that they were rationed after the war made them even more precious,” says Dr Harris.

He has a personal collection of thousands of artefacts which he says he would be delighted to donate to the museum – but only if Manchester is chosen as its location. It includes the remains of an oatmeal biscuit bearing the monogram CS (Charles Stuart) said to have been eaten for breakfast by Bonnie Prince Charlie during his stay in Manchester in 1745, and a tin of shortbread believed to have been part of George Mallory’s rations on one of his expeditions to Mount Everest in the early 1920s.

Sadly, biscuits are in his blood in more ways than one. He has type 2 diabetes and can only eat them on special occasions. That’s when he’ll enjoy a a Hobnob or a Choco Leibniz, which he calls ‘a masterpiece of German engineering’.

But his favourite biscuit by far is the jaffa cake, which he says is ‘up there with graphene and the programmable computer’ as one of the greatest things to come out of Manchester.

Controversially, he insists they are biscuits rather than cakes.

“Where do you find jaffa cakes in your local supermarket?” he asks. “The cake aisle or the biscuit aisle? If it looks like a biscuit and it tastes like a biscuit, it’s a biscuit.”

The city chosen to be the location for the National Biscuit Museum is expected to be announced in May.