Perfectly situated in the heart of the Northern Quarter, multi-faceted subterranean bar and restaurant Dive NQ transitions from a daytime foodie’s dream into a sporting action venue, keeping its doors open until as late as 5am every Friday and Saturday.

Boasting an all-American themed concept, this city centre boozer takes US cuisine to the extreme with some seriously gut busting food challenges, specialising in monster food dishes – including their mammoth challenge burger.

Made for sharing, the food menu offers a casual American dining experience – with those that are brave enough single-handedly taking on the monstrous challenges.

And as food challenges go, the city centre eatery have set the bar high with their latest monumental creation.

Recently launching their mighty burrito food challenge, ironically named Little Donkey – which is actually the literal translation of the word burrito from Mexican to English – we sent presenter Matty White down to try out the food challenge for himself.

Since being added to the menu, not one Mancunian has managed to complete the challenge as yet, with the new addition currently standing at nine failed attempts. 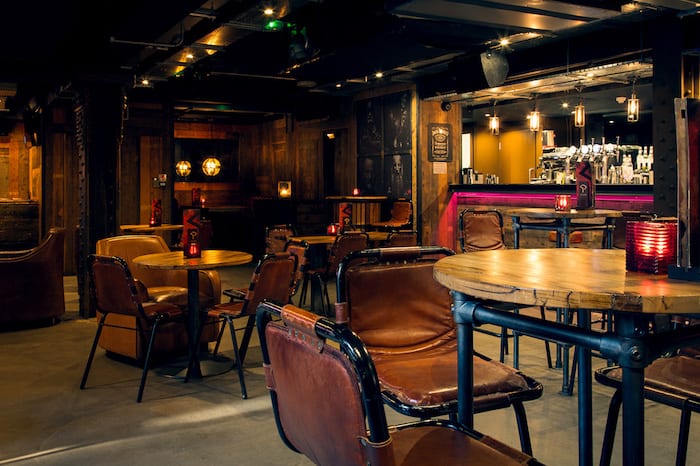 Costing a whopping £30, it took the help of three chefs to create this monstrous foodie undertaking.

It’s not for the faint hearted – which is something Matty soon discovered once he was served the dish.

Getting too big for his boots, Matty thought he’d be able to tackle the challenge hands down, and even opted for a pint of lager to wash down his meal. A big mistake!

Struggling to even know where to begin, he got stuck straight into the challenge by ripping the burrito in half in an attempt to find a place to start.

With a time limit of just 30 minutes to completely finish the whole thing, this mighty feast for one isn’t suitable for a mere man.   God-sized portions require a god-sized appetite.

And after 30 minutes – and struggling to wash his food down with probably the worst beverage choice available – Matty succumbed to the mighty Little Donkey challenge, leaving what looked to be more food behind than what he started with.

Matty wasn’t able to complete the foodie challenge before the time ran out – and now his handsome face will grace Dive NQ’s wall of shame for the rest of eternity.

Or at least until enough other people fail to complete the challenge that they have to take his photo down to make space.

Do you think you’ve got the stomach to take on this epic food monster?